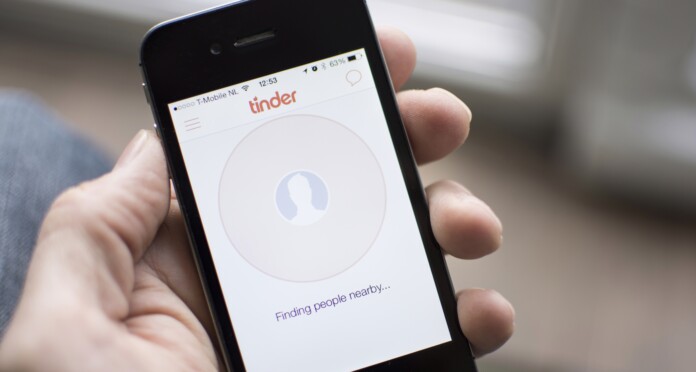 Do you want to find nearby Tinder matches while at work or university? Well, most of the office and school networks block this dating app. The easy way to bypass such Wi-Fi restrictions is to use the best VPN for Tinder. Even if you’re traveling to a country where Tinder is blocked, you will need a VPN to bypass the geo-restriction.

But using a VPN won’t change your location on Tinder. It will only mask your IP and help you connect to a country server where Tinder is available. Tinder uses your phone’s GPS location to show you nearby people or the people at your preset distance range. So if you want to unblock restricted access and swipe through the card stacks from whatever network you’re connected to, get the best VPN to use with Tinder.

And now we’re ready to show you the complete list of the 5 best VPNs for Tinder in 2021.

1. ExpressVPN - Most Used VPN for Tinder

Based out of the British Virgin Islands, ExpressVPN doesn’t come under any data law, which can make them give up user information. If you’re from a country where Tinder is blocked completely, enjoy ExpressVPN services and benefits without any worry. That’s why it has become the most used VPN to bypass Tinder bans.

Server Locations: ExpressVPN has a large server network covering 94 countries and 160 locations. All of their servers are ultra-fast and come with a comprehensive list of security features, including a network lock kill switch. With this VPN, you can easily find the fastest and nearest server of the country you’re in or want to pretend to be in.

You can switch between the protocols manually to enable strong encryption between your device and the VPN server you’re connected to. You can also let the VPN choose the best protocol automatically.

Supported Platforms: ExpressVPN works on Android, iOS, Windows, Mac, Linux, VPN routers, Chromebook, Chrome, Firefox, Edge, Smart TVs and is also compatible with gaming consoles. So you can easily unblock Tinder not only on your phone but also on your PC or Mac. You can log into the Tinder web version to start swiping on your desktop.

ExpressVPN offers services and benefits that are included but not limited to this list. Go through our ExpressVPN review to learn more about it.

NordVPN uses state-of-the-art encryption to secure your mobile traffic, no matter whether you’re using your phone’s 4G data, home network, or a cafe Wi-Fi. This Panama-based VPN helps you to access Tinder on the go from your mobile. With no bandwidth limits and high-speed connection, even uploading a video on your Tinder profile is a cakewalk.

Server Locations: NordVPN offers more than 5,000 servers in 60 countries that serve global customers. Their super-fast, highly secured obfuscated servers are potential enough to bypass even the toughest restrictive environments. Yes, your ISP can’t find out that you’re using a VPN unless your data packets are inspected manually. Hence, bypassing the geo-restriction and using Tinder becomes easier in heavily censored regions like China.

Alongside, the NordLynx protocol involves a double Network Address Translation (NAT), which is developed on Wireguard’s backbone. It doesn’t store any kind of identifiable user data on its VPN servers, so no matter what supercomputer the hackers are using or how strict the censorship is in your region, you can definitely unblock Tinder without getting tracked.

If you download the native app of NordVPN from Google Play Store, only the ad blocking process won’t work on Android. You can download the client app from NordVPN’s official website to counter this issue.

Want to know more about the features and services of NordVPN? Go through our detailed NordVPN review.

This US-based VPN comes with a built-in ad blocker - PIA MACE, which completely blocks pop-up ads, malicious sites, and trackers to offer your device unbreakable security. You can access Tinder without leaving a trace from any region you’re into or traveling to. Yes, Private Internet Access VPN keeps no logs, and their source code is open-source. So you can verify their claims anytime.

Server Locations: PIA has one of the largest server networks spread in 78 countries. A certain number of these servers are specially optimized to render high-end performance in the US. With unlimited bandwidth and such technically advanced Next-Gen servers (optimum for 10gbps), you get a lightning-fast connection no matter who you’re chatting with. Alongside, they offer the split-tunneling feature that allows you to browse the local content while you stay connected to PIA.

Encryption Standards & Protocols: PIA follows the military-grade AES-128 and AES-256 to encrypt your data. Alongside, it follows two of the best open-source VPN protocols - WireGuard and OpenVPN. For iOS, they follow IPsec to offer the users full transparency and premium-level security. PIA uses proxy servers too for ensuring maximum anonymity to the users. Proxy servers like Shadowsocks and SOCKS5 route your VPN connection through them to secure your data with two protection layers at the same time.

Supported Platforms: Private Internet Access VPN is supported on Windows, macOS, Android, iOS, Linux, Firefox, Chrome, and Opera. If you download the PIA app from Google Play Store, PIA MACE can’t block ads. However, other features like restricting trackers or blocking suspicious sites will work completely fine. If you download this VPN from their official website and sideload it, you can also enjoy the ad-blocking feature on your Android device.

What’s more, PIA offers you access to the complete Netflix US library. Know everything about it through our Private Internet Access VPN review.

If you’re going to use a VPN for the first time, you’ll need a clean User Interface to make the most of your VPN’s features and services. CyberGhost comes with an easy-to-use interface that not only lets you find all the options in seconds but also clearly mentions every nitty-gritty that a user needs to know while using this VPN. That’s why it became the go-to Tinder VPN for new users.

Server Locations: This Romania-based VPN has an extensive number of servers in 91 countries, covered by 114 locations. CyberGhost offers blazing fast speed with no bandwidth limit. If you have a decent internet speed, you won’t face any buffering or throttling when connected to one of their servers. Alongside unblocking Tinder, their servers are specially optimized to bypass geo-restrictions and give you access to the complete content library of BBC, Netflix, HBO NOW, and 30 more streaming services.

Encryption Standards & Protocols: CyberGhost uses independent NoSpy servers featuring AES with 256-bit keys. They equip this encryption protocol with the most secure VPN tunneling protocols - iKEv2, OpenVPN, Wireguard, and L2TP/IPsec. CyberGhost automatically searches the less crowded server for you and the best VPN protocol to connect to. You can switch between these protocols manually as well.

Supported Platforms: CyberGhost works on Android, iOS, Windows, macOS, Amazon Fire TV, Fire Stick, Linux, Android TV, Apple TV, web browsers, and routers. It’s compatible with gaming consoles too. So, you can use Tinder both on your phone and desktop. Moreover, it lets you connect up to seven devices simultaneously, which helps you secure all your devices connected through your home network under a single subscription package.

The only issue with CyberGhost is that it doesn’t work in China. So, if you’re from China, you can look at the list of best VPNs for China. Otherwise, check out our full CyberGhost VPN review to know about their all service offerings and subscription plans.

5. Surfshark VPN - Most Featureful VPN to Use with Tinder

Surfshark truly justifies its claims with its services. They offer a plethora of security features, i.e., CleanWeb, Whitelister, camouflage mode, MultiHop, NoBorders mode, along with Private DNS and leak protection. This British Virgin Islands-based VPN provider allows you to connect an unlimited number of devices simultaneously and keeps absolutely no logs. So if you want to keep a tap on your love life from any of your devices, Surfshark is the best choice for you.

Server Locations: Surfshark has a huge server network connecting 65+ countries. They incorporate private DNS on each server to offer maximum options and full-fledged security to their customers. All of their servers are P2P friendly, so you can never expect to hit a barrier even while torrenting. The MultiHop feature lets you connect through multiple country servers that take IP protection and footprint masking process to a whole new level. Not only the security, but also you get high speed and uninterrupted browsing experience while connecting to any of their servers.

Encryption Standards & Protocols: Surfshark uses AES-256, coupled with WireGuard, OpenVPN, IKEv2, and Shadowsocks VPN protocols. You can switch between these protocols depending on which Surfshark client you’re using. Yes, all protocols are not available on every supported platform and device.

However, the Shadowsocks protocol (only for Android & Windows) is designed to bypass the heavily guarded Firewall of China. If you’re from there, manually set this VPN protocol, connect to your preferred server, and start swiping on Tinder.

Supported Platforms: Surfshark works on Android, iOS, Windows, Mac, web browsers, Linux, and Amazon Fire TV. Since they don’t restrict the number of connected devices, you can secure all of your systems at the same time and under a single subscription plan. The CleanWeb feature blocks ads, malware, restricts phishing attempts, and saves your mobile data to boost your connection speed. CleanWeb is available on all the above-mentioned platforms. For Android, you must download the client app from Surfshark’s official website to get the ad-blocking feature.

Go through our Surfshark VPN review to understand all its features properly and make the most of it.

That’s all! We’ve highlighted the unique offerings of each VPN and how they can help you to unblock Tinder on Android, iOS, and desktop. If you don’t like the Tinder web version, but use it on your PC or Mac with BlueStacks, take a peek at our guide on best VPNs for BlueStacks. Even if you want to switch to another dating app, check our article on Tinder alternatives. No matter how you prefer to meet your online match, we’ve got you covered!