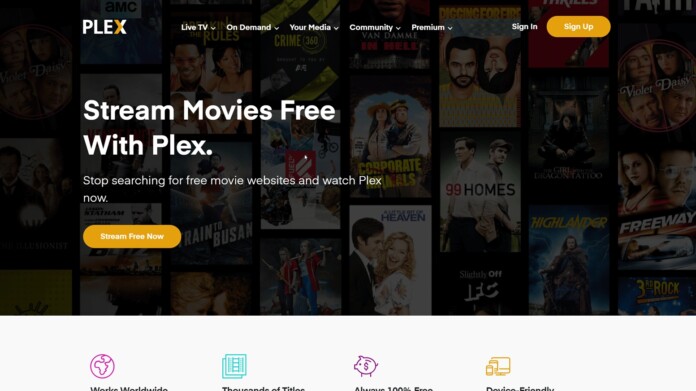 Plex is a great way to collect all your streaming media in one convenient place. Sadly, a huge chunk of content you could watch on Plex “channels” is locked behind unfair geo-blocks. The best way to unlock the full potential of your Plex media center is to use the following VPNs to get around those restrictions.

Compatibility is the name of the game when it comes to media streaming. Thankfully, ExpressVPN works on all major platforms: Windows, macOS, Linux, iOS, Android, you name it – and the app is easy to use, no matter the device. In fact, you can even install ExpressVPN on a compatible router to secure your entire household and use VPN on devices that don’t natively support it.

They have a wide network of lightning-fast servers, as you’d expect from a world-class VPN provider. Moreover, their new and improved Lightway protocol guarantees max security without sacrificing speed. If you need even more juice for faster streaming, the app features split tunneling – allowing you to choose which apps’ traffic goes through the VPN tunnel.

Their subscription plans are a bit on the expensive side compared to the competition, but the quality speaks for itself. And you have 24/7 live chat support there to help you out in case you have any questions or issues to report.

Check out our ExpressVPN review for the full report on the provider and what you can expect from their service.

NordVPN sits at the top of the AV-Test VPN speed tests, so you don’t need to worry about dips in quality (or the dreaded buffering wheel) while streaming on Plex. Their Nordlynx protocol (basically their own implementation of the lightweight WireGuard) promises even faster speeds without sacrificing much security over its OpenVPN counterpart.

Security buffs won’t be disappointed with NordVPN’s features either:

See more details about their features and which streaming platforms you can unblock in our full NordVPN review.

CyberGhost VPN’s easy-to-understand interface makes it a great option for beginners while still providing enough customization options for advanced users. You can optimize your experience for various activities – from casual browsing to online gaming and streaming on Plex.

What makes their app a great VPN for streaming is their streaming-optimized servers. Choose between various major streaming platforms such as Netflix (US, DE, and FR), BBC iPlayer, Crunchyroll, Hulu, and even YouTube. And with over 7,000 servers spread across 91 countries, you’ll have no trouble getting fast speeds and unblocking all the content you want.

CyberGhost VPN also features its own ad-blocking solution that cleans up the Web of annoying ads and protects you from malicious domains. For more details on their features, speed tests, and more, see our CyberGhost VPN review.

While not the best when it comes to unblocking major streaming platforms (we’ve seen it work with Netflix and Disney+), PIA does come with one advantage over the competition. Namely, their app supports port forwarding, meaning you can stream content remotely from your Plex server at home.

A huge chunk of its wide server network is US-based, so you’ll have no trouble finding a fast server stateside. Of course, that doesn’t mean the provider is slacking in the international department. You can connect up to ten different devices to one of their powerful, secure servers found in 78 countries.

Not too fond of ads on the Internet? Then you’ll be happy to know they have their own ad-blocker (PIA MACE) as well. Naturally, the feature will also protect you from phishing and malware sites.

For more detailed info about Private Internet Access and their specs, check out our PIA review.

If you live in a household with plenty of stream-capable gadgets or have a lot of friends you don’t mind sharing a VPN subscription with, Surfshark is for you. You can tie an unlimited number of devices to a single account, which is neat considering the rather cheap price point for longer subs.

More to the point, Surfshark works with a wide variety of streaming platforms. Netflix, Hulu, Disney+, BBC iPlayer, Amazon Prime Video, you name it. This makes it one of the best VPNs for Plex users with a bunch of streaming subscriptions – especially if you want to see what foreign content libraries have to offer.

Can’t forget about Surfshark’s CleanWeb feature, which – you guessed it – blocks ads on the Internet and keeps your devices secure from potential phishing attempts and malware infections.

As always, feel free to check out our full Surfshark review for more insight into their service and features.

Last but not least, we have Ivacy – that’s one of the best VPNs for Plex users on a budget. Get onto one of their longer plans, and you can save up to 90% a month for a decent VPN experience. It can unblock most streaming content with ease, and with over 3,500 servers in 100+ locations, you have plenty of options at your disposal.

Unfortunately, some features (such as their kill switch and split tunneling options) are only available for the Windows and Android apps. Split tunneling is useful for choosing which apps’ network traffic passes through the VPN tunnel. By excluding apps from the VPN and letting your ISP’s servers do the heavy lifting, you can gain a bit more streaming speed.

Keep that in mind if you sign up for their service. Check out our full Ivacy review for more details you may want to know about the provider.