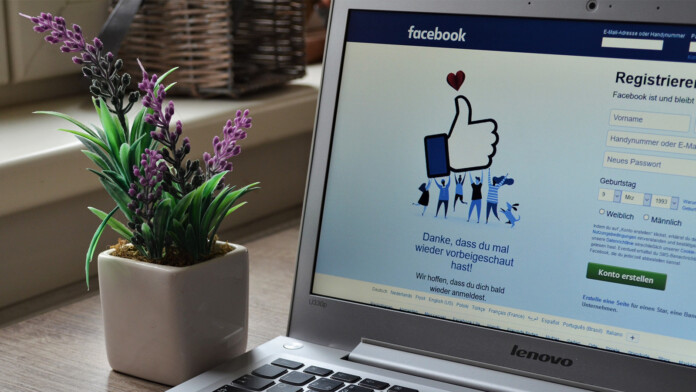 There could be many possible reasons why you’re not allowed to use Facebook on your devices. Perhaps this social media network is blocked in your country (on a larger scale), or maybe certain Wi-Fi networks are blocking access to Facebook (in workplaces, schools, universities, and similar). No matter the reason for this blocking, a capable VPN application will help you use this social media network. All you have to know is which one to get. So, let’s talk about the best VPN for Facebook in 2020.

First and foremost, you should know that there are thousands of VPNs out there. They all look alike in theory, but they’re quite different in practice. This is why we brought you a group of VPNs (after testing them hands-on) that can unblock Facebook from just about any part of the world. However, there’s a number of different aspects to consider – from the size of their server network, up to the VPN protocols they provide. With this said, we did our best to recommend VPNs for Facebook that meet different sets of criteria, suitable for different types of users.

So, know that the following VPNs can unblock Facebook, easily – and from any country. They also bring sizeable server networks, which is important if you want to maintain the speed of your Web connection (based on your physical location). And speaking of speed, these VPNs offer different protocols (as highlighted in the following descriptions). We recommend trying different VPN protocols, based on your priorities (speed over security, and vice versa), so don’t be afraid to fine-tune your VPN experience.

ExpressVPN is a top choice for unrestricted Facebook usage. First of all, this VPN has its servers in more than 90 countries, giving you plenty of options for finding a local server. The connection speeds are as fast as lightning. And you can use both the desktop and mobile applications with equal ease.

The full-feature VPN service offers you flawless DNS leak protection, a kill switch (that prevents your Web data from leaking by accident), and some strong encryption to go with that. Unlike many other VPN services for Facebook, ExpressVPN offers 24/7 live chat customer support. You might find it a tad pricier than most other VPNs, but ExpressVPN is definitely the best Facebook VPN in 2020.

Before you make a buying decision, read our ExpressVPN review where we discuss all hits and misses (hardly any) of ExpressVPN in a lot more detail.

NordVPN has a host of features that work typically well when you are trying to unblock Facebook. There are servers in more than 60 countries and you get terrific speeds. There is full-featured DNS leak protection, auto-connect functionality, stealth mode, and a kill switch as well.

It’s also important to be mentioned that NordVPN runs on pretty much any device out there. This is good to know depending on which device you use to access Facebook – and we know that many of us use mobile apps for this purpose. Also, know that everything’s automated about this VPN, but it also gives you a nice set of customization options.

If you believe this VPN is the right one for you, read our NordVPN review where we share every bit of detailed information about the VPN service.

Based in Romania, CyberGhost is credited to be one of the best VPNs for Facebook. It has a no-logs policy with strong encryption and has a great client for numerous platforms, with tons of features. The best of them is the internet kill switch. Plus, there is a 45-day money-back guarantee which indicates that the risk is worth taking.

The composite service is great for accessing Facebook. There’s an army of servers behind this VPN, covering pretty much the entire world. A number of these are specialized in unblocking certain types of websites, including media streaming services. With this said, unblocking Facebook is done with a single click of your mouse, which makes CyberGhost the best option for inexperienced users.

We recommend checking our CyberGhost VPN review if you’d like additional information on this VPN service. Trust us, you won’t regret using this option to unblock your favorite social network.

Next, we have a highly-reputable VPN service called Ivacy. This one’s been available for a long time, and it managed to build a reputation for unblocking websites even in the most restrictive of countries.

If you decide to go with this VPN, you’ll get access to more than 1,000 servers across more than 100 locations. This gives you plenty of options to find a nearby server that unblocks Facebook, while not affecting the speed of your Web connection. In addition, you’ll get a wide range of VPN protocols, so you can really fine-tune your Web connectivity.

Plenty more could be said about this VPN service. Therefore, we think it’s best to leave you to our Ivacy VPN review, where you’ll find all the additional information you need.

VyprVPN is among the best VPNs for unblocking Facebook due to a feature called Chameleon (its proprietary VPN protocol). This VPN’s bare-metal server network is among the fastest and most secure for a VPN service. It does not keep logs of you Web-related activities. In addition, the VPN service has one of the most user-friendly privacy policies.

The encryption of the VPN is military-grade. While it is perfectly good to unblock Facebook, we wouldn’t call it perfect for torrenting though (it supports legal torrents only). However, Vypr offers plenty of value for what it’s offering. You get DNS leak protection, a kill switch, and some bleeding-edge tech to surpass firewalls.

Impressed by this VPN? Read our hands-on VyprVPN review for a better grip on its pricing, encryption, global server base, and more.

We understand that some of you might have additional questions regarding how to unblock Facebook. We’re here to resolve any doubts, so keep on reading to learn more.

To unblock Facebook, you need to use a reliable and proven VPN, such as ExpressVPN. Connect to a server in the nearest country where Facebook isn’t blocked, and you’ll get an IP address associated with that country. From this moment onward, you’ll get to access and use Facebook on the device with the VPN running in the background.

It’s a common situation that school Wi-Fi networks have lists of websites that you’re not permitted to visit. So, the easiest way to overcome this obstacle is to use a VPN.

You connect to a secure server via your VPN, get a new IP address in the process, and you can browse the Web as if you’re at a different physical location. And that’s how you can unblock Facebook at your school, and just about anywhere else.

In case it detects suspicious activity, Facebook can block certain pages by blocking IP addresses associated with that page. This doesn’t happen often, but it can happen by accident at times – as this blocking is usually done automatically, based on Facebook’s algorithms.

A way to resolve this issue is by using a VPN. By connecting to a secure server via your VPN, you get a new IP address that points to a different location than yours. Make sure to use a proven VPN for this purpose though, such as ExpressVPN.

Yes, a VPN can stop certain methods of Facebook tracking. Our recommendation would be to use a capable VPN service to secure all your incoming and outgoing data, which can prevent all kinds of digital trackers.

However, also remember that you need to log-out of your Facebook session once done. This will further prevent a number of trackers employed by this social media network.

We’ll be fully honest with you here – you should never use a free-of-charge VPN application. These come with severe bandwidth limitations, they’re usually not capable of unblocking Facebook, and many free VPNs collect your private data (for the purpose of serving ads).

Don’t take your online privacy for granted – and make sure to use the best VPN for Facebook available now. The best option you have is ExpressVPN.

Dear readers, that would be all when it comes to the best VPN for Facebook. We hope that you found this article to be useful and that you’ll take all the needed steps to unblock Facebook and prevent this social network from following what you do online.

If you liked our article, why not share it online? And also, let us know your thoughts in the comments down below, or on our socials, via Facebook and Twitter.