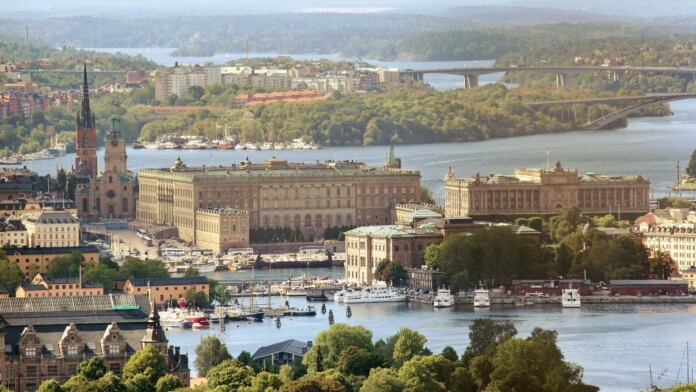 Sweden is one of the pioneers when it comes to digital freedoms. If you’re a citizen of this country, rest assured that your privacy is respected in every possible way. However, this country also has its other (darker) side, which is why using a VPN seems like a good idea. This goes for those who want to take their privacy into their own hands, as well as those who want to visit websites not available in this country. With this said, you can use this article to find the best VPN for Sweden in 2020.

First, let’s take a close look at some of the reasons why VPNs are recommended for those coming from Sweden. Even though there are strong privacy-protecting laws in place, Sweden is still cooperating with the 5-Eyes Alliance. And due to its problem with digital piracy, ISPs can still log your traffic and your personal data. As a way to stop this logging, you can resort to using a VPN service. This means that you need a solution that brings high-end encryption, capable of creating an ultra-secure VPN tunnel.

Then, we have another topic that’s highly popular in Sweden. We’re talking about unblocking media streaming services. This means that using platforms such as Hulu or Disney Plus is now a possibility – but only if you have a capable VPN solution. Don’t worry, we’ve done our round of hands-on tests, so let’s get to what you want to know.

ExpressVPN takes the first place on our list of the best VPN for Sweden thanks to its smooth performance and tough encryption. On top of that, this VPN is compatible with a wide range of devices, and you get to use 5 connections at the same time. As such, this could be your complete solution for VPN protection.

To keep you protected online, ExpressVPN relies on the standard 256-bit AES encryption. This level of data encryption is used by financial institutions and the military – which tells a lot. On top of that, this company doesn’t keep any data logs. This means that you get to be truly invisible online. We also shouldn’t forget to mention the fact that you’ll get to use Web services not available in Sweden, as this VPN can unblock Netflix, Hulu, Prime Video, iPlayer, and plenty more.

To learn more about why this is one of the best VPNs, read our ExpressVPN review.

When you start to research about VPNs, you’ll notice that it can be hard to differentiate the most popular options. Seemingly, they all offer the same (standard) set of features. That’s why you need to pay attention to what sets them apart from the others.

When it comes to NordVPN, the most prominent feature is something called ‘DoubleVPN’. As you can imagine, this means that you’ll receive double the protection. By selecting one of the numerous available servers, your Web traffic won’t be encrypted once but twice. This kind of setup means that no one will be able to track you on the Web. However, you should know that this lowers the speed of your Internet connection. Therefore, we recommend NordVPN to those who already use a broadband Internet connection.

This VPN’s ‘DoubleVPN’ feature isn’t the only exciting thing about this provider. To learn more, check our NordVPN review.

Buffered VPN is a relatively new player in this field, registered in Gibraltar and operated from Hungary. By using this VPN, your data will be out of reach of the NSA and other international intelligence agencies, which is always a good place to start when choosing this type of application.

At the moment, Buffered VPN offers a huge list of servers located in 35+ countries. This isn’t the largest network out there but should be more than enough for average Web users. You can use these servers to change your IP location and access previously locked content. Also, this goes hand in hand with the OpenVPN encryption protocol, making us sure that your data can’t leak anywhere.

If you want more information on the features offered by this VPN, consult our hands-on and in-depth Buffered VPN review.

If you need a Swedish VPN service, you don’t need to go too far. That’s because PrivateVPN originates from this picturesque country – which is especially handy if you want to order a pre-flashed router.

First, you should know that PrivateVPN has 150+ servers scattered across 60 countries. No matter if you want to access locked versions of your favorite media streaming services or simply download a game ahead of your time zone, you will find a suitable server. Then, there’s a set of advanced encryption protocols and protection standards. This company uses IPv4 and IPv6 DNS leak protection to make sure your data doesn’t surface on the Web. Also, it doesn’t store any of your data.

To learn more about this VPN, we strongly recommend reading our PrivateVPN review.

Our list of the best VPN for Sweden in 2020 wouldn’t be complete without CyberGhost VPN. Ever since we reviewed this amazing VPN, we fell in love with its amazing features – and we’re sure you’re going to love it too.

CyberGhost is powered by a vast network of servers scattered around the entire planet. As you can expect, this includes a network located across the USA. This means that you will get to watch the US version of Netflix, and enjoy US-only services, like Hulu. This would also mean that you need a fast Web connection, which is exactly what CyberGhost offers. In case your Web connection is capable of HD or 4K streaming, you will continue to take advantage of this even after this VPN is turned on.

To learn more about its more advanced features like DNS and IP leak protection, read our CyberGhost VPN review.

Aside from bringing you a list of the best options, we want to help you to make a well-informed decision. This would mean answering your questions regarding the state of the Web in Sweden. So, make sure to read the following information carefully.

Do You Need a VPN in Sweden?

In simple terms, you need a VPN if you want your data to stay yours. On a daily basis, we get to hear about data breaches from all around the world, and Sweden is not an exception. So, by using a VPN, you can create a secure tunnel for your data. This is the best way to ensure that your privacy is intact.

Do You Know About Sweden’s New Censorship Laws?

The latest crisis in Syria produced a large number of refugees who tried to seek shelter in Europe. Many of those ended up in Sweden, who was one of the rare countries willing to accept them. However, this has created a new political climate that is now dictating new rules and applies to the online world as well.

In 2017, Sweden introduced a new set of rules for defining hate speech on the Web. In addition, it started to filter all content available on the Web and especially focused on certain news outlets. Therefore, we are advising you to use a VPN to avoid your data from being filtered and collected.

Is it Legal to Use a VPN in Sweden?

Some of you might be wondering if it’s legal to use a VPN? In short – VPNs are completely legal. Furthermore, ISPs in this country are forced to collect and retain data during a certain period. This was introduced as an effort to battle copyright infringement.

By using a VPN, your data doesn’t go through your ISP, which means that there’s no way to collect your data. In other words, a VPN is your right to privacy. And after all, you don’t want to sacrifice your personal privacy, right?

How to Unblock Media Streaming Platforms in Sweden?

You should also know that certain websites are blocked in this country, like The Pirate Bay and Swefilm, both of which can be used to stream media from the Web. Once again, you can use a VPN to overcome these roadblocks. To give you a few concrete examples – here’s how to watch American Netflix in Sweden and access Hulu from anywhere in the world.

It is a known fact that Swedish ISPs are more than willing to fight copyright infringement. Even though many of us can agree with this, not all torrents are illegal.

In case your favorite torrent repository isn’t accessible in the country, a VPN can help you fix this problem. By connecting to a server not located in Sweden, you get a new IP and therefore you unlock previously blocked websites. It’s easy as that. For more information, here’s our overview of the best VPNs for torrenting.

If you do your research online, you will see that a number of free VPNs are available. They are offering their services like unblocking the Web and letting you access all kinds of media streaming services. However, there is always a catch with these. We don’t recommend using a free VPN because your data will most likely be logged. Also, you will most probably feel some throttling making it hard to stream media from the Web.

So, make sure to use a proven and reliable VPN service, such as ExpressVPN. This is our primary recommendation, as we’re sure that it’s meet all your needs.

This is where we conclude our article on the best VPN for Sweden in 2020. We hope that you’ve found this article to be helpful and that you’ll listen to our advice.