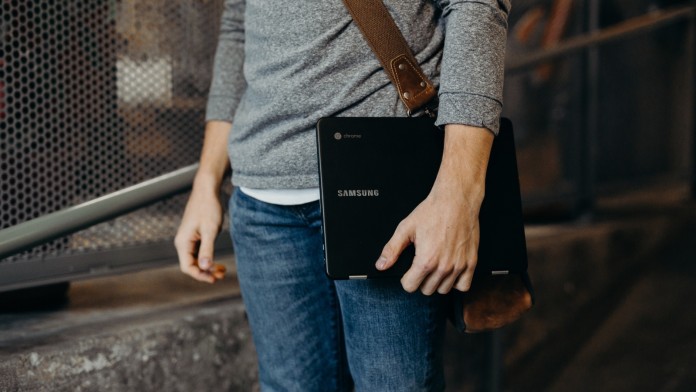 Using a free VPN is a double-edged sword, as many of them will limit your Web browsing and throttle your Web connection. With that said, it's crucial to do your research right, as you can still find (if you take a good and hard look) a handful of viable options. So, if you're looking for the best free VPN for a Chromebook and don't wish to pay a single dollar, know that you've come to the right place.

We've done the hard work of testing dozens of free VPNs offering Chrome extensions and Android apps, covering as many Chromebook models and users as we could. Furthermore, our goal was to help you find a free Chromebook VPN that won't leak data or take advantage of your privacy, which has become a frequent occurrence these days.

Therefore, keep in mind that you ought to be very picky – as your privacy is at stake. And now, let's start talking about the free VPNs for a Chromebook that deserve your trust.

Is It Safe to Use a Free VPN on Chromebook?

In general, it's safe to use a free VPN on your Chrome – but keep in mind that you must set your expectations right. That's because free VPNs come with many limitations.

A very small number of free VPNs will give you unlimited bandwidth and data. You'll often be limited to anywhere from 500 MB/day to 10 GB/month. However, your Web connection speed will always be limited, as a throttle-free experience is reserved for paying customers only.

Here's our guide that compares free VPNs and paid (commercial) VPNs if you wish to learn more. Make sure to give it a good read – and you'll know what to expect realistically.

Premium VPNs (such as ExpressVPN, which comes as the best VPN for Chromebooks) imposes no limitations, letting you unleash the full power of your Web connection. If you want to protect your privacy, unblock sites, or stream media, a paid VPN is the best way to go.

For a limited time, you can try ExpressVPN on a Chromebook Risk-FREE for 30 days. In case you're not satisfied, you'll get your money back – with no questions asked!

And now, let's present the results of our research. These are the 5 best free VPNs that you can try on your Chromebook:

There are many reasons why we're featuring ProtonVPN in this guide. Even though this VPN has some limitations (like any other free VPN), those aren't as strict. On top of that, ProtonVPN is a trustworthy VPN from Switzerland. It's been around for quite some time, so it knows how to protect the privacy of its users.

Keep in mind that ProtonVPN doesn't come with a data allowance. You'll be able to use as much as you want without going over bandwidth limitations. On top of that, ProtonVPN says its free VPN comes without speed throttling. However, based on how busy its network is, you will encounter some (often significant) speed drops.

The most significant limitation of ProtonVPN's free version is its server network. You'll get access to only 24 servers in 3 countries: Japan, the Netherlands, and the United States. All those servers are typically under a heavy load, which is yet another reason why your speed will be limited.

In the end, we also need to mention one more thing. ProtonVPN doesn't offer an extension for Chrome. Instead, you will need to use its Android app on your Chromebook. That shouldn't be a problem for newer models, though.

2. ZenMate VPN – Best If You Want to Stream Netflix

ZenMate VPN comes from Germany, and it's known for its affordable prices. However, it's also known for its free version, offered via this VPN's Web browser extensions. Even though it comes with some limitations, they won't prevent you from media streaming, which is a rare thing to find among free VPNs for Chromebooks.

ZenMate VPN imposes no data limitations. You don't even have to register for an account – just download its Chrome extension and connect to one of its servers. However, your data will be protected using AES-128 encryption (as opposed to AES-256, offered via ZenMate's apps). In general, that shouldn't worry you, as AES-128 is still strong enough to keep your data private.

When it comes to its server size, ZenMate gives you access to 4 countries: Germany, Romania, Singapore, and the United States. As ZenMate VPN says, your speed will be limited to 2 Mbps. However, as per our tests, it seems limited to 0.3 Mbps.

Lastly, know that the free version of ZenMate VPN unblocks the US version of Netflix – we made sure to test that. And also, even though it offers an Android app, you must stick to the VPN's Chrome extension to get ZenMate's free version.

3. Windscribe – Best If You Want Speed

When speaking about the best free VPNs for a Chromebook, we mustn't forget to mention Windscribe. This is one of the most popular VPN providers of its kind, offering relaxed policies without pressuring you into subscribing (in an overly aggressive way).

You can start using Windscribe on your Chromebook by downloading its Chrome extension. You will get 2GB/month that way, which you can increase to 10 GB/month if you sign up for an account. And then, you can further increase that limit to 15 GB/month if you tweet about this VPN. That's a clever marketing strategy; you'll have to agree.

Unlike most free VPNs, Windscribe won't throttle your Web connection dramatically. We have a 500 Mbps connection, and we managed to get 350 Mbps out of Windscribe's free version when using a nearby server. On top of that, we even managed to unblock the US version of Netflix, and our streaming speeds were quite fast.

Speaking of its server network, you'll get access to the following countries: the United States, Canada, France, Germany, the Netherlands, Norway, Romania, Switzerland, the United Kingdom, Turkey, and Hong Kong. All in all, Windscribe seems like a good deal.

As you can see by now, most free VPNs force you to stick to their Web browser extensions. So, if you want a fully-featured VPN app instead, your options will be pretty limited. That's why we had to include Hide.Me on our list - so here's what to expect.

Hide.Me gives you access to a Chrome extension, which you can use without restrictions or registering for an account. However, that's not a VPN – but a proxy instead. That means your data won't be encrypted at all. With that said, if you're looking for privacy, you can use the Hide.Me VPN app for Android and register for a free account.

Up until recently, Hide.Me restricted its free users to 2 GB/month, but that restriction was "pushed" to 10 GB/month in the meantime. You also get access to 4 countries: Canada, the Netherlands, Germany, and the United States.

Aside from all that, Hide.Me lets you choose between IKEv2 and OpenVPN protocols, promises not to collect your data, and even allows you to test-drive its split-tunneling and kill-switch. Still, keep in mind that your speed will be restricted (but should still be fast enough even to stream the US version of Netflix).

5. TunnelBear – Best If You Want Plenty of Servers

We'll end our list of the best free VPNs for a Chromebook with another well-known brand. We're talking here about TunnelBear, one of the most user-friendly VPNs around. It might not bring a slate of advanced features, but you'll find an excellent offer for free users.

TunnelBear's free version comes with a single limitation. It offers only 500 MB/month, which is a limit you won't get to bypass (unless you decide to pay). However, the good news is that everything else regarding TunnelBear comes unlocked.

In other words, you'll get to connect to servers in 45+ countries. You'll get to use the full speed of your Web connection (with some throttling, which is typical for any VPN). Therefore, this VPN's free account acts as a demo of what you'll get if you decide to pay.

Lastly, know that you can test and use TunnelBear on your Chromebook in different ways. For example, there's a Chrome extension alongside a fully-featured Android app. There is no data logging involved (proven by multiple independent audits), and you can register only using your email address and password.

Can I Run a VPN on a Chromebook?

Yes, you can run a VPN on your Chromebook in several different ways. For example, you can pick a Chrome VPN extension or use an Android VPN app.

If you want to learn how to set up a VPN on your Chromebook, make sure to click on the provided link. We made sure to explain four different methods, letting you review all your options.

Does Chrome Have Its Own Free VPN?

No, Chrome doesn't come with a VPN built-in. Therefore, if you want to protect your data, you will need to pick and install a Chrome VPN extension, many of which are free.

You should also know that Chrome comes with 'Incognito Mode,' which shouldn't be confused with a VPN. Here's why using VPN beats using 'Incognito Mode.'

How Do I Get a Free VPN on My Chromebook?

The easiest way to get a free VPN on your Chromebook is to install a free VPN extension in Chrome. However, there's a catch you need to keep in mind.

When using a Chrome VPN extension, everything you do in the Web browser will be hidden and protected (leaving everything outside of Chrome exposed).

So, if you want to protect all your incoming and outgoing traffic, you'll need to rely on an Android app. Most Chromebooks made in the last couple of years support Android apps.

Yes, there's a number of 100% free VPNs for Chrome OS, such as ProtonVPN, ZenMate VPN, Windscribe, Hide.Me, and TunnelBear. Still, they all come with limitations.

As explained above, all those VPNs either limit your speed, your access to their servers, or your bandwidth. In that sense, there's no 100% free and unlimited VPN. And if you find one, know that you've encountered an app that will scam you.

Those would be the 5 best free VPNs for Chromebooks. If you have any questions, let us know via the comments section below. And finally – thank you for reading!