VPN Not Working on School Wi-Fi? Here’s What to Do 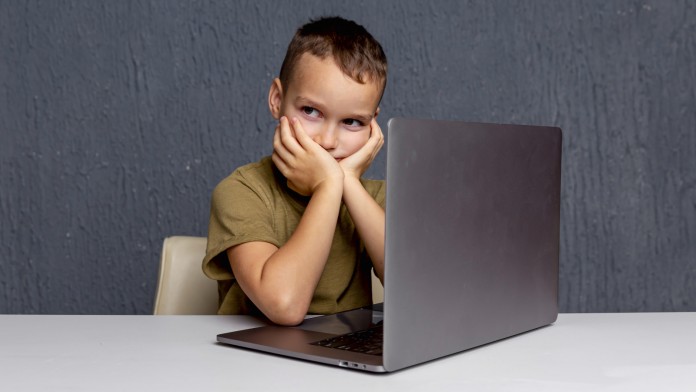 It's not difficult to understand why schools and universities block a lot of content on their networks. For one, that's their main way of getting you to focus on your studies. And let's be honest, no learning establishment wants to get in trouble because one of their students just had to torrent Stranger Things on their network. Fortunately, the best VPNs will help you get around most school Wi-Fi restrictions.

But what if your VPN suddenly decides to stop working on school grounds or campus Wi-Fi? Now you can't even scroll through Instagram or watch a couple of TikTok videos in your spare time. Well, you're in luck. In the following article, we'll explore how schools manage to block VPNs and what you can do about it.

First off, here are 3 main reasons why your VPN is not working on your school's Wi-Fi network.

The quickest way to block a VPN is to filter the IP addresses used by their servers. Services like Netflix and other streaming sites do it all the time so that people can't use VPNs to bypass their pesky geo-blocks.

Your school may simply use the same kind of IP-gathering service (e.g., MaxMind) to block your provider from their network. Free VPNs are typically hit the hardest, as they can't afford to keep getting fresh new IPs for their users.

Thankfully, most major VPNs out there have the resources to stay one step ahead of such blocking efforts. Using a free VPN right now, and it doesn't work on school Wi-Fi? If connecting to a different VPN server doesn't work, you may simply need to switch to a paid option and see if things change.

Don't know which provider's worth the money? Try out ExpressVPN RISK-FREE for 30 days and test it out at your leisure!

School network admins usually block ports to deal with content like Steam, torrents, multiplayer games, and other stuff where IP-blocking doesn't cut it. For instance, if ports 27015-27050 were to be blocked, users would no longer be able to log in or download games through the Steam client.

VPNs that use the OpenVPN protocol are usually configured to work on TCP port 443 or UDP port 1194. If your school blocks any of these ports - well, you can pretty much guess the result.

It's less likely (but still possible) for your school to use deep packet inspection (DPI) to detect encrypted data packets. These may signal the type of VPN encryption you're using, but not the contents of your data. Either way, the school network admins may use that information to block your VPN traffic.

Countries like China also use DPI to censor the Internet and filter VPN traffic (see the Great Firewall of China).

Already tried changing servers and switching VPNs entirely? Here are some more options to try and unblock your VPN on school Wi-Fi:

TCP Port 443 is the standard port used by HTTPS connections, which most websites use nowadays (79.1%, according to W3Techs). As such, the port is rarely blocked without severe compromises to what people can access on the network.

Similarly, UDP Port 53 is used for Domain Name System (DNS) traffic, which translates domain names (e.g., www.youtube.com) into IP addresses and vice-versa. It's what lets you access websites without remembering a bunch of random numbers all the time.

In ExpressVPN, OpenVPN connections use TCP port 443 by default. Meanwhile, Private Internet Access lets you choose from a few different ports, including TCP 443 and UDP 53.

You can find the option in the app settings, under "Connection":

3. Try a VPN with Obfuscation

Without getting too technical, obfuscation disguises your VPN traffic as your everyday HTTPS traffic, allowing it to bypass more advanced filtering systems. It's how some VPN providers get their service to work in countries like China, which heavily restrict VPN traffic.

Learn: VPN Obfuscation (Everything You Need to Know – What It Is, How It Works, Why You Need It, and More)

Here's how you can enable obfuscated servers in NordVPN.

First, enter the app settings and go to Auto-connect. Turn off the "Choose a VPN protocol and server automatically" option here.

Two new options will appear. By default, NordVPN will use the NordLynx protocol, which disables obfuscated servers. To enable them, click on the drop-down menu and select OpenVPN (TCP) (to the right of "VPN protocol").

Next, go to "Advanced" and turn on "Obfuscated servers (OpenVPN (TCP))" as shown in the image below.

A new category called "Obfuscated servers" will pop up in the in-app server list. Feel free to select any of them to disguise your VPN traffic.

If you don't mind incredibly slow speeds, using the Tor Browser after turning on your VPN might do the trick. Of course, many schools nowadays block Tor traffic as well, so you may be back to square one.

In any case, don't forget to connect to a VPN before you launch Tor. Some schools are pretty strict when it comes to using the Tor network, as it's usually associated with shady activities. At the end of the day, no content you may want to unblock is worth a trip to the principal's office.

My School Blocked the VPN Sites Themselves! What Do I Do?

Some schools may outright block all known VPN sites to prevent students from downloading VPN software. In that case, simply download the app installer on a different network (like the hotspot at your local café). If that's not possible, consider having a friend download the software and send it to you through email, IM, or just transferring it to a good old USB stick.

VPN Still Not Working on School Wi-Fi? Try This Instead

If you've reached this point, the network admins have put up quite the fight. If you've tried every VPN under the sun, used our tips above, and nothing seems to work, then there are a few more things to do before throwing in the towel.

Unless your school blocks remote desktop software as well, you can always use it to access your personal PC. That way, you can browse the web and freely access content as if you were at home, albeit with noticeable dips in performance. Still, it should be good enough to scroll through Instagram memes, browse Reddit, and other activities light on resources.

If your home PC is running the Pro version of Windows 10 or 11, here's a guide on how to use Microsoft Remote Desktop. You can connect to your PC from a Windows, Android, or iOS device, which is neat. For a different approach, here's how to use Chrome Remote Desktop to access Mac, Linux, and Windows PCs.

2. Use Your Smartphone's Mobile Connection

This one's a no-brainer; if your VPN is not working on the school Wi-Fi, just switch to mobile data. Of course, it can quickly get annoying having to stick to a small phone screen instead of watching stuff on your laptop or tablet.

In such cases, it's worth turning your smartphone into a mobile hotspot that will allow you to connect other devices to an unfiltered Internet connection. Better have a solid data plan, though.

Using a school-provided laptop and can't install a VPN on it? Then check out our guide on how to share a VPN connection from Android to PC (Windows and Mac). With the right VPN, you'll be able to access blocked content even if your school doesn't let you install third-party apps on their devices.