How Does Google Know My Location When Using a VPN? 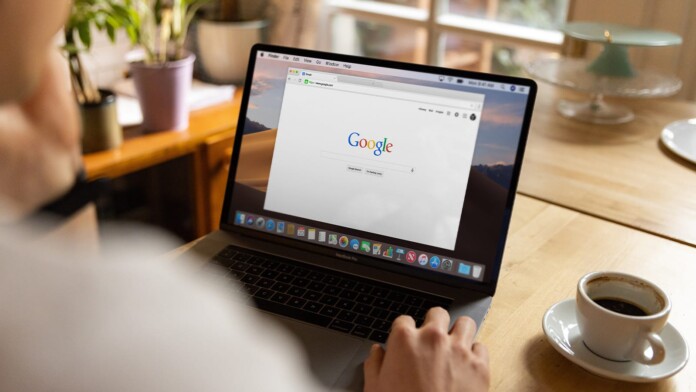 Google has become perhaps the most proficient IT company in terms of digital tracking. It’s said that it’s practically impossible to slip away from Google’s reach on the Internet, especially today, as this company is trying to come up with stealthier ways of tracking. That’s precisely where VPNs come into play. However, we know what you’ve been wondering – how does Google know my location when using a VPN?

Well, know that Google uses a very clever combination of technologies to reach deep into your device and the information it transmits. Also, it’s true that VPNs hide many types of data, and that also includes your Web browsing history. Still, that’s not enough to trick Google into thinking you’re somewhere else, and here’s why.

In case you didn’t know, Google reads your email messages, knows where you’ve traveled, understands where you live and where you work, as well as what’s your favorite coffee shop. That information comes from Gmail and Google Maps – which are only two of the countless services this company offers.

When you hide behind a VPN, your data becomes encrypted – so it’s true that VPNs boost your privacy and security online. However, Google uses other methods, including what they’ve also learned about you (based on the information you supplied on purpose or via automatic data logging), presuming that you’re hiding behind a VPN only temporarily.

2. Based on Nearby Wireless & Bluetooth Networks

We’re sure the following will sound like a conspiracy theory – but that’s not the case. Google can pinpoint your location by cross-referencing your GPS data with its database of Wi-Fi networks (both public and private), obtained via Google Maps.

In 2010, it was revealed that Google’s Street View cars collected information about public and private Wi-Fi networks while also gathering extracts of personal Web activity from domestic Wi-Fi networks. Sounds quite intruding, right?

Today, the company uses that information to pinpoint your location combined with your local signal strength conditions. And, as you already know, this can be quite accurate. So, even if you hide your IP address via a VPN, Google uses this method to determine where you are.

3. Based on Your Device’s GPS Module

As mentioned above, your device’s GPS module transmits plenty of data over the Internet. Still, unlike some other technologies, scrambling GPS data is practically impossible to do. Companies like Google know that, which is why GPS exploitation is so common.

As you can imagine, we’re here talking about devices with built-in GPS modules, such as laptops, smartphones, and tablets. However, stationery computers typically don’t have a GPS module unless manually attached to them.

We’d also like to add that VPNs have become better at hiding GPS data (for more info, here’s how Surfshark and IVPN do just that). However, making GSP data invisible or replacing that data with something else is possible only on certain types of devices and operating systems.

At the moment, you can obfuscate only your Android GPS data. The same isn’t possible on iPhones or iPads, due to Apple’s stringent control of those systems (which means obfuscating your GPS data likely won’t be an option at any point in the future).

4. Based on Your Device’s Data

No matter if you use a VPN on your computer, smartphone, tablet, or some other device, there’s plenty of information that any website can read based on your device’s settings. And when it comes to those settings, you can change some of those, while others are required to be enabled for your device to work correctly.

For example, Google can read your device’s language and time zone. Also, it can read your location settings, which can be turned off (in some cases). We’re talking about something called digital (Web browser) fingerprinting, a group of techniques used to create a unique identifier. That allows Google and other websites to track you online in an exact manner.

Of course, it matters which Web browser you use, as some are more private than others. With that said, you’ll want to check our guide to the best anonymous Web browsers.

5. Based on Your Web Browser’s Data

It’s evident that you should pay attention to which Web browser you use. Even though the majority of today’s Web browsers allow different types of tracking, some of them are trying to offer innovations in this field, protecting your privacy.

When it comes to Google, it’s obvious that using Google Chrome is perhaps the worst decision you could make. Even though you can optimize Chrome for privacy, the fact is that any other Web browser will respect your privacy better from the get-go.

You should also pay attention to cookies, including if and how you store them on your device. That’s because stored cookies provide more than plenty of data about your location, which is how Google knows where you are when using a VPN (here’s how to clear cookies on most browsers).

And lastly, know that Google uses other Web-related technologies, like WebRTC, to get to your IP address and other sensitive information. To learn more about that side of digital tracking, here’s our complete guide to WebRTC.

So, should you still use a VPN? Yes – you absolutely should! Google might be able to discover your location in many ways, but nothing beats encrypting your traffic using a VPN service.

With that said, we strongly recommend checking our central guide to the best VPNs available right now (produced after testing more than 60 VPN services, hands-on).

Those would be all the ways Google knows your location, even when using a VPN. Feel free to share your thoughts with us via the comments section below. And finally, thank you for reading!