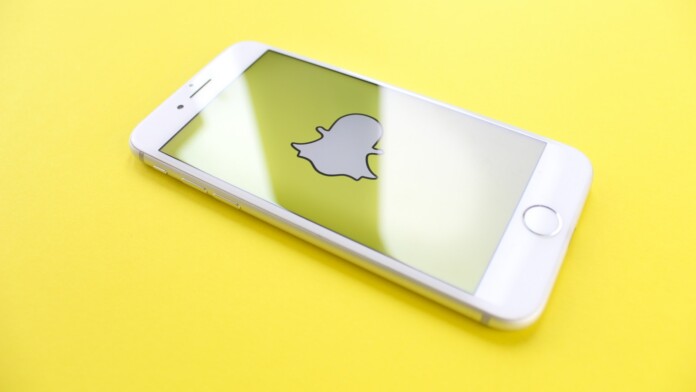 School or workplace preventing you from using Snapchat and other social platforms? Live in a country with heavily restricted Internet access, like China or parts of the Middle East? No biggie. Using any of the following five VPNs for Snapchat is the best way to unblock the fun part of the Internet, no matter where you might be.

Since VPNs tend to slow down your connection somewhat (learn how to speed up your VPN), you'll need a provider with fast servers. Thankfully, ExpressVPN is nothing if not consistent with its speedy connections. You'll have no trouble sending snaps to your friends when you're bored in class or waiting to clock out at work.

Their app is the very definition of user-friendly (just tap the giant "power button" to connect or disconnect) and works on a wide variety of platforms. Both Android and iOS users get to enjoy a secure Snapchat experience on public Wi-Fi. And with so many hackers lurking about on public networks, you'll definitely need all the help you can get.

Meanwhile, you can also enjoy unblocking content on services like Netflix, BBC iPlayer, Hulu, Amazon Prime Video, and more. Works on Windows, macOS, Linux, or you could just install ExpressVPN on a compatible router to get all the benefits of a VPN on all your home devices.

Take a peek at our full ExpressVPN review if you'd like to learn more about their app features and performance.

Yet another one of the best user-friendly VPNs for Snapchat on the market. Their app works on all major platforms, though it seems special attention was given to their Android and iOS variants - good news for Snapchat users who don't want to fiddle with VPN settings. Its fast network of over 7,000 servers guarantees speedy connections on Snapchat and other platforms.

CyberGhost VPN is especially geared towards streaming, with servers optimized for Hulu, Netflix (US, DE, FR), BBC iPlayer, YouTube, and Crunchyroll. What's more, their app has a built-in ad-blocking feature, so you can look forward to a less cluttered browsing experience.

The only downside we can think of is that CyberGhost VPN doesn't work in China. If you're an expat or planning on visiting in the future and want to unblock Snapchat and other restricted websites in the country, take a look at our list of the best VPNs for China instead.

Meanwhile, head over to our CyberGhost VPN review, where we cover everything you need to know about the provider.

While it doesn't have the most visually appealing of apps, PIA does its job well when it comes to unblocking Snapchat. Its main draw is the huge server network (35,000+ servers littered across 78 countries at the time of writing). As a Colorado-based VPN, most of those are focused around the US, making it ideal for Snapchat users in the area. Of course, international users can expect about the same level of performance.

The app also has its own ad-blocker (PIA MACE) if you're tired of seeing the same ads just because you looked up a pair of shoes that one time. Since websites stop loading ads, it's a neat way to decrease load times and use less mobile data.

Unfortunately, PIA isn't as great in the streaming department, as we've only seen it work with US Netflix and Disney+. Since we're simply discussing the best VPNs for Snapchat, we won't hold that against the provider.

Make sure to check out the full PIA review for more details of interest.

4. Surfshark - Use Snapchat on Unlimited Devices

Got plenty of friends who'd like to use a VPN to unblock Snapchat? Look no further than Surfshark, a provider that doesn't put a cap on how many devices you can connect to a single account. Naturally, you have options for Windows, Linux, Mac, and others as well. And with apps for both Android and iOS, everyone can join in on the fun.

That's excellent news because Surfshark is also a solid option for streaming content. It works with Netflix, Hulu, BBC iPlayer, Disney+, and others. Moreover, the app comes with the CleanWeb feature, which helps block ads and keeps you safe from malicious websites or phishing domains.

On the other hand, Surfshark has fewer servers than the competition. Their server network is more than sufficient for those just looking for a decent way to unblock Snapchat and tons of streaming content.

Check out our Surfshark review for any other details we haven't covered here.

NordVPN has consistently proven itself as one of the best VPN providers out there, not just for Snapchat. Aside from providing world-class security and easy-to-use mobile apps, they've also managed to top the AV-Test VPN speed tests. Basically, you won't have to worry about your snaps not going through or slow video load times with NordVPN.

NordVPN supports various content platforms - Netflix, BBC iPlayer, Hulu, Disney+, and many others. That means you can expect exceptional performance when streaming content as well. Great news for those of you that dislike ads, too, as their CyberSec feature is great at cleaning up web pages and keeping you safe from tracking + malware and phishing domains.

As always, take a look through our NordVPN review if you'd like to learn more about their specs.