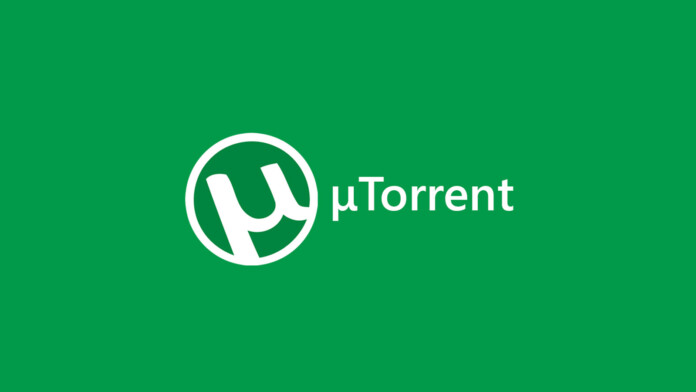 Torrenting without a VPN is asking for trouble, even if you stick to legal torrents. Hotels, airports, and other public spaces usually block your Internet access if they catch you torrenting, even if it’s something benign like downloading some large work files on the go. The best way to avoid getting caught? Just mask your traffic with one of our recommended VPNs for uTorrent.

Any time you use a VPN, your traffic will be encrypted so nobody can eavesdrop on your online activity. No ISP or run-of-the-mill hacker will be able to tell what you’re up to. Your ISP also won’t be able to throttle your bandwidth if you tend to download large files or binge Netflix on the weekends, so that’s a plus.

Back on topic, though. After hours of mixing and matching dozens of VPNs and torrent clients, we bring you the 6 best VPNs for uTorrent.

ExpressVPN deserves its reputation as one of the best VPNs for any purpose, and that includes uTorrent as well. It incorporates the powerful OpenVPN 256-bit encryption protocol to secure your data and torrenting activity. However, its new and improved Lightway protocol is a more lightweight option that’s more suited to activities like torrenting, where you need every bit of speed. Fortunately, being light doesn’t mean it sacrifices anything in terms of security.

The ExpressVPN app is completely beginner-friendly – just push the large power button to connect to an optimized location. It’s also available for all major platforms out there, including Windows, macOS, Android, and Linux. Downloading torrents while also performing other network-intensive tasks like streaming Netflix? Use the built-in split tunneling feature to whitelist other apps, and let your ISP take care of the grunt work.

ExpressVPN only allows five simultaneous connections on a single account, which is a little less than the competition. However, that should still be enough for the average torrent user. On the plus side, you can install ExpressVPN on a compatible VPN router and secure all your home gadgets that way.

That way, you can also stream geo-restricted content on platforms like Netflix, even on VPN-incompatible devices like Playstation, Xbox, and more. Check out our ExpressVPN review for the full scoop on the provider, performance tests, and all their features.

Don’t have a VPN router but want to secure a bunch of devices for uTorrent downloads and seeding? No worries – Surfshark comes with unlimited connections, all for the price of a single subscription. Pitch in with friends and enjoy a decent torrenting VPN whose entire server network is P2P-friendly.

Like ExpressVPN, Surfshark has a strict no-logs policy, meaning nothing you do while using the VPN is stored anywhere. More importantly, it features WebRTC, DNS, and IPv6 leak prevention, as well as a kill switch. That way, your real IP will never accidentally appear on any tracker out there, so you can safely torrent to your heart’s content.

They also have a split tunneling feature called “Whitelister.” You can either choose the apps and websites that’ll have their traffic routed through the VPN tunnel, or you can exclude specific apps from using the VPN connection. Your choice.

See our Surfshark review for performance ratings, which streaming platforms it can unblock, and more details of interest.

CyberGhost VPN is based in Romania, which is known for its relatively lax attitude towards torrenting. While not all of its 7,000+ servers are optimized for lightning-fast torrenting, a hefty portion of them is, making the VPN provider a solid choice for use with uTorrent. And with 90+ countries to choose from, you’re guaranteed to get decent speeds no matter where you are.

As expected, CyberGhost VPN provides excellent security on all its compatible apps (available for Windows, Android, macOS, Linux). It doesn’t keep any logs of user activity, which is frequently reinforced by their quarterly transparency reports. Their app also includes a kill switch on Windows, macOS (+iOS), and Android in case your connection drops. You wouldn’t want your IP to leak while using uTorrent and cause you any trouble.

Aside from torrenting, CyberGhost is an excellent VPN for streaming. They feature fast servers specifically optimized for Netflix (US, FR, and DE), BBC iPlayer, Crunchyroll, Hulu, and YouTube.

Read more about their service in our CyberGhost review, especially if you’re interested in speed tests or want to deep-dive into their privacy measures.

If you’re after the fastest download and upload speeds on uTorrent, NordVPN is the perfect candidate. They’ve topped AV-Test’s list of the fastest VPNs, and they haven’t done too shabby in our own test cases either. Further, their NordLynx protocol (which is based on the lightweight WireGuard protocol) offers much better performance than its OpenVPN counterpart.

Naturally, NordVPN doesn’t skimp out when it comes to security. If you’re worried about someone discovering your torrent activities, you can always use their double VPN feature for extra privacy. Basically, it reroutes your traffic through two of their servers. Meanwhile, it also encapsulates everything in two layers of encryption. As such, none of your network activity can be traced back to you.

Keep in mind, however, that this will slow down your downloads somewhat. Thankfully, their servers are fast enough that you won’t notice a huge difference. Naturally, all their compatible apps include a kill switch option to top off the torrenting toolbelt.

Take a look at our NordVPN review for more details regarding their service, performance tests, and so on.

Private Internet Access has twice demonstrated that they stick to their guns and will never log any user activity – against the FBI, no less. Their strict no-logging policy makes their service an excellent VPN for uTorrent.

Even better if you’re in the US, as a huge portion of their large server network is based stateside. You’ll never run into crowded servers or congestion problems, which is good news if you frequently download files with uTorrent. Of course, that doesn’t mean the provider neglects their international users. You have 78 countries to choose from and thousands of servers to boot.

A kill switch is featured on all compatible platforms, including Windows, macOS, Linux, and Android. Unfortunately, the provider isn’t a great alternative for streaming, as it only unblocks a limited number of services. We won’t hold that against the provider since that’s not our main focus for the moment. Just keep that in mind if you want to use it for more than torrenting.

Keep an eye out on our PIA review for further details we haven’t covered here.

Don’t care about speed and just want the cheapest VPN for uTorrent? Well, if you don’t want to resort to potentially dangerous free VPNs, then Ivacy is your best bet. You can take advantage of up to 90% savings for longer subscriptions – and with up to ten parallel connections possible, that’s a pretty good deal.

When it comes to server numbers, they’re about in the same ballpark as Surfshark and ExpressVPN. However, their performance isn’t quite up to par when compared to other VPN giants. Still, if you’re only looking to add some privacy to your torrenting sessions, Ivacy is quite sufficient. Unfortunately, their kill switch option is only available on Windows and Android. Linux and macOS users beware.

Surprisingly, though, Ivacy is quite capable when it comes to unblocking major streaming services. Check out the full Ivacy review to see what it works with, plus any other details you may be interested in.