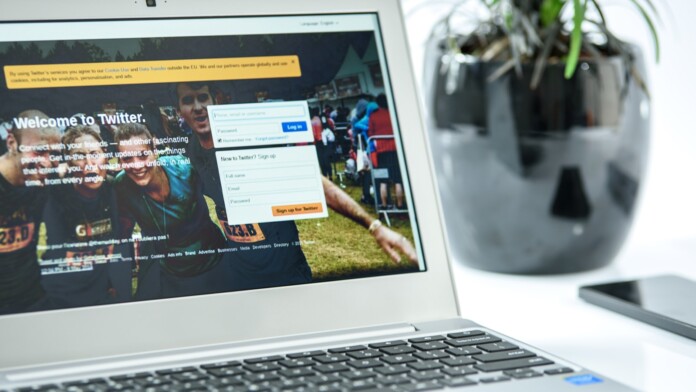 Having access to social media platforms such as Twitter is often taken for granted. Only after we’re prevented from accessing it, we realize its numerous benefits. However, if you can’t access Twitter in your region or country – there are still ways to go over these geo-blocks. And yes, we’re talking about VPN services.

No matter the reason why you’re looking to use a VPN, know that this type of software comes with numerous benefits. And what’s even more important, you’ll find hundreds of options on the Web, promising high-end features. So, how to find truly the best VPN for Twitter? Well, that’s where our editorial team comes into play.

We’ve tested more than 60 VPN services so far, spending quite some time reviewing each of those. With this said, we’re now ready to provide you with recommendations, based on our hands-on experience. This means we’re going to list not only the best VPNs for Twitter in 2020 but also those that come with a set of powerful features that extend beyond this social media platform.

Further Reading: What Are VPNs? / How Do VPNs Work?

First, we want to make sure you’re on the right track. As you can see in the following table of contents, we’ll walk you through some of the basics about using VPNs with Twitter. Make sure to read all of those segments, as they’ll help you narrow down your list of options.

And now, let’s start talking about the best VPNs for accessing Twitter – from any country worldwide. Keep on reading to learn all you need to know.

The big question here is: are VPN services really necessary when using Twitter? Well, the answer depends on your use case of this social media platform. Speaking in general, you should use a VPN if you care about maintaining your online privacy.

As you’ve probably noticed, Twitter isn’t really designed around its users’ privacy in mind. After all, this platform was caught sharing emails and phone numbers with advertisers, leaking your sensitive data, and exposing phone numbers via bugs. Of course, we’re here talking about the types of data that you’ve purposefully supplied to Twitter – like your email, phone number, photo, and similar.

Know that VPNs won’t protect you from those leaks – as they’re Twitter’s fault. However, you can decide to withdraw your personal information from Twitter, while also preventing this platform from tracking your online. And that’s precisely why you need a VPN.

Finally, there’s also one huge reason why VPNs have become mandatory – especially in countries with heavy online censorship. If you can’t access Twitter, the only solution is to rely on a VPN. These tools are great for unblocking the Internet while stopping anyone from seeing what you do online.

The chances are that you’re reading this article from China. This country blocked Twitter years ago, preventing ordinary Web users from accessing it. Strangely enough, almost all of China’s tech/media giants (such as Huawei and CCTV) are highly active on this platform, by relying on government-approved VPNs.

Further Reading: How to Use a VPN in China / Best VPNs for China

In the past, numerous oppressive regimes have at least tried to block Twitter. We’re talking about countries such as Egypt, Iran, Turkey, Turkmenistan, and North Korea. And even countries like the United Kingdom, France, and India have at least once blocked Twitter in the past.

As already noted, the only way to access Twitter without any limitations is by using a VPN. Still, keep in mind that not all VPNs are equally powerful. After all, you don’t want to be “caught” using a VPN – which can expose your private data. That’s precisely why you can rely on our recommendations.

What to Look For in a VPN for Twitter?

Every VPN service has its upsides and downsides, so you should base your search for the best VPN for Twitter as per your priorities and budget.

With this said, here’s how to differentiate VPNs based on their features.

And now, let’s talk about some concrete recommendations. After plenty of research and testing, we present to you the 6 best VPNs for Twitter in 2020.

ExpressVPN is one of the best VPN for Twitter right now, as well as one of the best VPNs overall. For one, it is an exceptionally fast VPN service, with military-grade encryption and a global network of servers. The user interface for the VPN is crisp on every platform.

ExpressVPN is pretty easy to use – even for those using a VPN for the very first time. It has an army of servers, helping you unblock Twitter from any country in the world. Considering that its servers are spread evenly across the globe, you can also count on retaining your Web connection speed. All it takes is to click on a country’s name, and ExpressVPN will do everything on its own so that you can open Twitter on any device.

If you think this VPN fits your needs, buff up your knowledge with TechNadu’s ExpressVPN review. Our team of expert reviewers has done a great job of exploring and explaining this VPN’s features in-depth.

Surfshark is a newcomer to the VPN industry field. However, it can easily compete against the most powerful VPNs as it comes with an array of unique features. Of course, unblocking websites can be done easily, and this applies to Twitter as well.

This VPN doesn’t impose limitations on the number of simultaneous connections. It means that if you access Twitter on your phone, tablet, and computer, there’s no need to switch between different servers. The VPN will work on any number of devices. And also, all of this is powered by the OpenVPN protocol. Surfshark logs no personal data, as this is a no-logs VPN service.

Plenty could be said about this powerful VPN, so make sure to read our Surfshark review. That’s where you’ll find additional info on its features such as ‘CleanWeb,’ ‘NoBorders,’ and plenty more.

If you live in a country where the government has blocked Twitter, NordVPN is for you. It has a gamut of security features that let you control your level of security. Some advanced features include double encryption, DNS leak protection, stealth mode, and a kill switch. Even better, all of these high-end features are really easy to use.

The encryption on NordVPN is military-grade. The speeds have also improved greatly in the last couple of years. Along with Twitter, it is also a great solution for protecting your online privacy and even unblocking media streaming services. Like it should be for any good VPN service, NordVPN keeps zero logs of customer data.

Read our NordVPN review to know more about the 30-day money-back guarantee, 256-bit AES encryption, SSL keys, and other features.

You would not ideally want a VPN service that is based in the US. However, IPVanish keeps you protected from pesky warrants with its zero logs policy. It is really the watertight privacy policy of IPVanish along with bleeding-edge features that keep it in the game.

IPVanish is a good enough VPN for unblocking just about any content, including YouTube, Netflix, Facebook, and Twitter. You can use this VPN on as many devices as you want, which adds a lot to the overall value. And also, know that IPVanish offers applications for all currently popular platforms, as well as some obsolete ones.

Want to experience this VPN for yourself? Read more about this VPN in our IPVanish review.

CyberGhost is a simple yet hugely capable VPN. It does its job pretty well if you need to unlock Twitter at office or school. Based out of Romania, the company has a watertight policy of not storing any user data.

The VPN service has thousands of servers in around 90 countries. Plus, the company is consistently adding new servers all the time. Also, it uses 256-bit encryption and top-league authentication. In case you need it, there is a kill switch as well. You can use CyberGhost simultaneously on up to seven devices, which is yet another important benefit.

VyprVPN is among the best Twitter VPNs in 2020, without a single doubt. It makes use of a server network of bare metal servers (proprietary to the company). That makes it among the fastest and most stable of all VPN services that we have tested. There are no Internet usage logs, and the privacy policy is as tight as it should be.

The service makes use of the OpenVPN encryption, which is widely recognized as impenetrable and military-grade. But while the VPN is great for Twitter, it is not quite the foil for torrenting. Moreover, VyprVPN offers you a great value proposition, as it has recently reduced its prices – which is yet another reason to recommend it.

Apart from instant Twitter access, VyprVPN also offers you a kill switch and DNS leak protection. Read more about these and other features in our VyprVPN review.

In case you have any doubts about using a VPN with Twitter, keep on reading as we’ll answer some of the most commonly asked questions.

VPNs work independently from Twitter. This means a VPN is a standalone application that can be installed on your computer, smartphone, tablet, and more. You open your VPN, connect to any server, and that’s it. From that moment on, all your Internet traffic will be encrypted and secured.

This means you’ll get to access Twitter as well. Keep your VPN running in the background, and then open Twitter’s app on your smartphone, or visit the platform via your Web browser.

Twitter has always been one of the biggest free speech advocates. Therefore, it’s easy to see why Twitter isn’t blocking VPN applications.

However, to preserve your privacy while avoiding VPNs’ downsides, you should take your time to find the best VPN for Twitter right now. This is precisely the reason why we wanted to share this article with our readers. And our top pick would be ExpressVPN.

Several free-of-charge VPNs promise to unblock Twitter. However, by using free VPNs, you expose your private data to advertisers and other third-parties. Not to mention, you’ll find a highly limited range of servers.

Our strong suggestion would be to use a proven and reliable VPN, such as ExpressVPN. Based on our hands-on testing, this VPN ticks all the right boxes – while managing to provide you with fast Internet speeds as well.

So, we hope that we helped you find the best VPN for Twitter in 2020. With a series of strong options in front of you, make sure to do your research and find the one that fully meets your requirements and then enjoy all the benefits that Twitter brings.