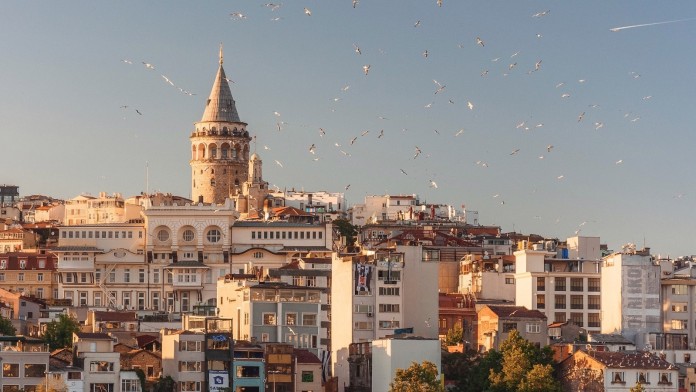 Your search for the best VPN for Turkey should be executed very carefully. As you surely know, the current situation in Turkey is a highly problematic one. This country's government is known for imposing online roadblocks and making it hard for foreign companies to operate under ever-increasing pressure. That's why Turkey is one of the countries where people often turn to VPN services to unblock the Web - but know that very few VPNs still work in Turkey.

After testing more than 60 VPN services, we paid attention to which of those work in the country (while ensuring the total privacy of your data, of course). Having that in mind, we're ready to recommend some of the truly best options.

All of the following VPNs come with high-end encryption, they provide access to different VPN protocols (suitable for various uses), and they have the ability to unblock websites. So, let's help you find a VPN that you can use in Turkey, aligned with all your needs.

Why Do I Need a VPN for Turkey?

You need a VPN for Turkey to bypass online censorship, reach new types of websites, and protect your privacy. Find more information just below.

After plenty of testing and research, we've decided to give you 5 recommendations. So, these are the best VPNs you can use in Turkey right now:

In 2017, Turkish authorities seized ExpressVPN's servers in the country - only to find that ExpressVPN stays loyal to its no-logs policy. That's perhaps the best reassurance you can get in terms of your privacy, as well as the reason why this is one of the best VPNs.

ExpressVPN is a good example of how a simple-looking VPN can be pretty powerful. It has apps for any platform/device out there, giving you 5 simultaneous connections. Also, it's easy to get started with this VPN, which shouldn't take more than a few minutes of your time. So, if you're a beginner, that's something to keep in mind.

We'll also mention that ExpressVPN is backed by ultra-powerful protocols and high-end encryption. It will help you safeguard your privacy while in Turkey while also giving you access to an open Web. That's right; this VPN can unblock any website out there with ease.

Lastly, know that ExpressVPN is also suitable for streaming, torrenting, and gaming. So, no matter why you need a VPN, this one will meet all your needs.

To learn the specifics about this VPN, proceed to read our hands-on ExpressVPN review.

Next, we have NordVPN. This is a very familiar name in the community of VPN users since this has been one of the most popular options for a long time now. And also, it offers servers located in Turkey, so you can use it to encrypt your Web data from within the country.

First, you need to know that NordVPN is one of the easiest VPNs to use. It's not that this type of software is challenging to master, but certain subtleties can go a long way. With its polished user interface, you can become invisible on the Web in a matter of a few clicks.

Then, there's an interesting security feature. NordVPN offers a double layer of protection by encrypting your traffic through two secure servers. Needless to say, this will destroy every single trace of you being online. However, as a result, you will feel some throttling.

And also, NordVPN gives you access to the Tor network via specialized servers. So, if you're looking to access the Dark Web (which has been blocked in Turkey for a while now), this VPN gives you an option to do just that.

If you're interested in getting to know this VPN better, check out our NordVPN review.

Surfshark is an excellent example of a powerful VPN that comes fully automated. If you've never used a VPN before, you'll find Surfshark to be easy to handle. And more importantly, it will protect your Internet traffic while in Turkey.

This VPN brings modern-looking apps for pretty much any platform. It also gives you unlimited simultaneous connections, leaving you without worries that you'll cross any limits. Then, you can count on 3,200+ servers in 65 countries. Even though it doesn't have the biggest reach, Surfshark's network should get the job done.

In case you were wondering, there are servers in Turkey as well. Aside from that, Surfshark uses a 'NoBorders' technology to break down your data into smaller packages. The feature kicks in after detecting Internet restrictions, and it can be enabled manually by going to Settings > VPN Settings > NoBorders.

We managed to use Surfshark to protect our privacy, stream media, and download torrents. It also comes with fast performance, suitable even for those with slower Web connections. So, this is a very versatile VPN service that does it all for you.

You can learn more about this capable VPN via our Surfshark review.

Our list of the best VPNs for use in Turkey wouldn't be complete without CyberGhost. This is a comprehensive VPN service that tries to offer an all-in-one package. You get servers for website unblocking, privacy protection, streaming, torrenting, gaming, and more.

We're fond of CyberGhost's interface, which has been recently redesigned. This is a much more user-friendly VPN than before, allowing us to recommend it to less experienced users. You'll get 7 simultaneous connections and a vast server network with over 7,500+ units.

As you can guess, there are servers in Turkey as well. So, you can use CyberGhost VPN to obtain a Turkish IP address. However, you can also go beyond the country's (digital) borders to unblock new sites. Thanks to CyberGhost's specialized servers, even bandwidth-heavy activities won't pose a problem.

The only downside is that CyberGhost VPN is slower than its competitors. So, prepare to spend some time inspecting its settings, as different protocols will affect your Web connection differently.

Our CyberGhost VPN review will reveal additional information, letting you decide whether this VPN is aligned with your needs.

The final option on our list of the best Turkey VPNs is Ivacy. This one comes from Singapore, and it's known for providing a range of features suitable for different types of users. However, before anything else, this is a highly secure no-logs VPN that respects and safeguards your privacy in the best possible way.

Considering that numerous websites are blocked in Turkey, know that Ivacy VPN helps you unblock many of those. Then, this is one of the rare VPNs that still unblock pretty much any popular streaming platform, including Netflix, Hulu, iPlayer, Prime Video, and more.

The only downside is that Ivacy can slow down your connection a bit, but that shouldn't be a problem for those with broadband Web connections. Keep in mind that Ivacy comes with limited fine-tuning, so the best you can do is switch between different protocols.

And lastly, know that Ivacy is very budget-friendly. Considering its numerous and helpful features, we believe it's worth your money. It also comes with money-back guarantees, so buying Ivacy will be a risk-free investment.

If you want to dive deep into this VPN's features, don't forget to read our Ivacy review.

Many VPNs are not operational in Turkey, as the country's Internet providers are trying to ban them. Still, you'll find VPNs that manage to bypass that obstacle.

Keep in mind that we recommend not doing anything against the laws of this country, no matter if you're protected by a VPN or not.

Which VPNs Work in Turkey?

For several years now, Turkey has been battling against VPNs. Each new year, we get to hear about VPNs that no longer work in this country.

At the moment, our strongest recommendation would be to use ExpressVPN. This VPN has proven its worth many times over, and it has plenty of happy customers in this country.

Which VPNs Are Blocked in Turkey?

Some of the VPNs that no longer work in Turkey are Zenmate VPN, IPVanish, Hotspot Shield, TunnelBear, Psiphon, and VPN Master.

Keep in mind that Turkey is quite aggressive towards VPNs, trying to block them from time to time. So, make sure to do your research right. And, of course, all of the recommendations found in this guide are still fully functional in Turkey.

Which Websites Are Blocked in Turkey?

However, sites such as Twitter, Facebook, YouTube, Instagram, Imgur, and others are either blocked right now or have been blocked in the past. Interestingly enough, Wikipedia was unblocked in January 2020, after being blocked in the country for more than two years.

Is Tor Blocked in Turkey?

Yes, Tor has been blocked in Turkey since 2016. This means if you're in this country, you can't use any Tor-based software. However, a number of VPN services can provide a solution, as many of them are still capable of fighting against censorship.

What's the Best VPN for Getting a Turkish IP Address?

The best VPN that gets you a Turkish IP is ExpressVPN. That one has a group of servers in Turkey, letting you obtain that country's IP.

Aside from that, ExpressVPN is an ultra-secure VPN that uses high-end encryption. It makes sure no one follows you on the Internet, granting you total online anonymity.

There's no such thing as the best free VPN for Turkey - because we highly recommend avoiding those VPNs, especially in a restrictive country such as Turkey.

A paid VPN is the only route you can take. That's how you'll ensure the safety of your data. And if you decide to try using a free VPN, know that you'll risk a data leak.

If you're to spend as little as possible, check our guide to the best VPN deals.

This is where we end our guide to the best VPNs for use in Turkey. If you have any questions, let us know via the comments section below. Thank you for reading!