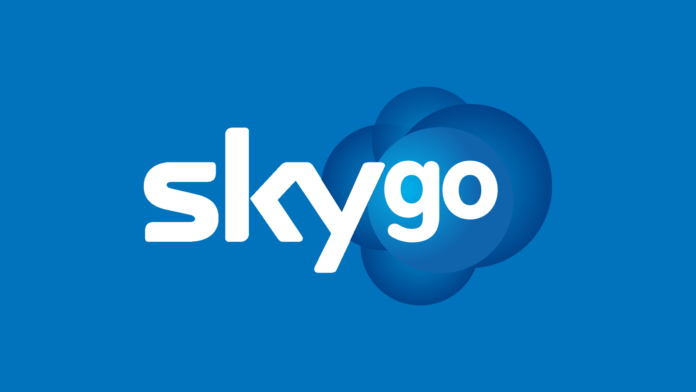 To access Sky Go, you need to be located in the United Kingdom or Ireland. However, this only applies to those who don’t use a VPN service capable of getting you a new IP address. That’s because Sky Go reads your IP address upon accessing its website or application, and therefore determines if you can access it. By using a VPN, you can get a UK IP address, which means that you can access Sky Go from anywhere. So, let’s talk about the best VPN for Sky Go in 2020.

Before we get to our recommendations, a few important pointers. First of all, know that you’ll find hundreds of VPNs online. However, not every VPN can unblock Sky Go – and you need to base your decision on hands-on reviews. This is where TechNadu comes into play, as we’ve tested more than 60 popular (and not as popular) VPN services. With this said, we know which VPN works with Sky Go, as well as which VPNs can protect your online privacy, unblock other types of websites, and plenty more. We’ll be talking about all-around solutions built for digital privacy, so you can be 100% sure that you’re protected in the best possible way.

FINE-TUNE YOUR VPN FOR SKY GO: Out of the box, VPNs come equipped with seriously powerful measures to protect your privacy. In case you’d like to unblock Sky Go, you might want to change the level of your VPN’s encryption and maybe try some other VPN protocols (to ensure smooth performance). Therefore, we strongly recommend contacting your VPN’s customer support team and asking for instructions on accessing Sky Go.

After trying many alternatives for an extended period, we can testify that ExpressVPN is the best VPN for Sky Go available. Coming from the British Virgin Islands, ExpressVPN does not have to deal with law enforcement or data retention from any political authority. It has more than 3,000 servers located across the entire planet, including the UK as well.

When it comes to performance, ExpressVPN is also among the top choices for the goal you want to accomplish. It has excellent speeds for video streaming, particularly when it comes to European countries. And if by any chance you can’t get top performance from a specific server, you have five server locations in the UK to try.

A live chat feature and a very responsive support department make this VPN a preferred VPN option. And, if you are not satisfied, you have a 30-day money-back guarantee. For more details read our ExpressVPN review.

Another well-known name in the world of polished VPN applications is NordVPN. This is a very user-friendly option, making it an amazing choice for beginners. However, this VPN is built upon very advanced technologies, so don’t mistake its simplistic UI for less-than-stellar capabilities.

The SmartPlay feature is handy for choosing the best server for your end, although if you are skilled enough, you would be better off selecting it yourself. NordVPN has 5,500+ servers in 60+ countries, which are numbers that can compete with the best-known companies in the industry. Its encryption protocols and measures are robust, and this option has good-to-great marks when it comes to speeds and performance.

All in all, users can enjoy an excellent platform for P2P activity, high speeds, an outstanding number of locations, a live chat feature, six simultaneous connections, a kill switch, obfuscated servers, and many more things. Read our NordVPN review for more details.

While VyprVPN is not one of the cheapest VPNs out there, its price is competitive, and it gets the job done, albeit without the excellent remarks that ExpressVPN receives. This VPN has servers in the UK and Ireland, so the Sky Go content will become immediately available if you choose to connect with this reliable VPN. It has more than 200,000 IP addresses, 700 servers, and 70+ countries.

The speeds and performance are excellent in comparison with other top VPNs, making the streaming of live and on-demand video from Sky Go a very straightforward process, and while it can save your actual IP address, it doesn’t store your online traffic. VyprVPN comes with a 30-day money-back guarantee, so there is plenty of time for you to assess and determine if it is useful to you or not.

This client has apps available for many of the devices and operating systems. Besides, VyprVPN also sells pre-flashed routers configured with their VPN protection so you can watch Sky Go on your smart TV or console. Read our comprehensive VyprVPN review for more information.

Without any doubt, CyberGhost is one of the most reputable VPN services right now. It’s been on the market for a long time now, without any problematic situations proving that it collects private data or exposes its users to third parties. In other words, your privacy will be safe and well-protected if you go for this option.

Of course, CyberGhost offers plenty more than just protecting your private data. It comes with thousands of servers placed across the entire world, capable of unblocking a huge range of media streaming services. Even the most rigorous ones are accessible via CyberGhost VPN, and this includes Sky Go as well. And furthermore, you can install and run this VPN on a wide range of devices, which brings Sky Go to just about any device you might own.

Plenty more could be said about this VPN. So, the best would be to point you to our CyberGhost VPN review. Make sure to read it carefully and you’ll see whether this VPN meets all your needs.

The final option on our list of the best VPN for Sky Go is none other than Ivacy. We have an ultra-capable VPN here, known for unblocking a wide range of websites – even in the most restrictive of countries. This makes us sure that Ivacy will be the right solution for a large number of our readers.

In terms of your security, it’s worth noting that Ivacy doesn’t collect any of your private data. There’s a wide range of VPN protocols, so you can fine-tune your Web connection the way you want. And if you care about streaming, know that Ivacy unblocks pretty much any streaming service out there, including Netflix, Hulu, BBC iPlayer, and of course – Sky Go. Considering that it comes with over 1,000 servers, we’re also sure that many of you will get the best possible Web connection speeds.

Intrigued by this VPN? We’re sure you are! This means that the next stop should be our Ivacy VPN review, so make sure to check it out.

Knowing the best VPNs for unblocking Sky Go is a good start. However, we’re sure that some of you might have other doubts as well. So, we’ll try to answer the most frequently asked questions.

As is the case with most online streaming services, Sky Go is off-limits to people not physically in the United Kingdom. That happens for a number of reasons, mainly geographical and licensing. That is why people not living in Great Britain can’t access the Sky Go platform without the aid of a third-party app. In this particular case, that third-party app comes in the form of a VPN.

Virtual Private Networks (VPN) are online tools that can trick sites and services such as Sky Go into thinking you are in the UK when you can be anywhere in the world. You can achieve this with the help of a quality VPN provider by connecting to a UK server and hiding your actual IP address.

How to Get Sky Go?

Sky Go is a media streaming platform that comes free of charge. However, you need to be a subscriber to an existing SkyTV package. Therefore, a VPN is a useful tool in case you’re a citizen of the United Kingdom traveling outside your home country.

To get started with Sky Go, you need to visit its official website where you’ll need to register for a new account. You’ll need to supply your email address and your Sky ID. Then, you’ll need to associate your Sky ID with your home-based SkyTV service by using your package account number.

Can You Watch Sky Go in the USA?

No, you can’t watch Sky Go in the USA – unless you have a VPN application. This means that you need to install a VPN first, and then connect to a server in the UK. Once you do this, you’ll get to access Sky Go from anywhere, including the USA.

How Do I Watch Sky Go on VPN?

Once everything is set, launch the VPN and connect to a server in the United Kingdom. After a few moments, you’ll get an IP address associated with this country. So finally, launch Sky Go and you should have no problem accessing or using this application.

How to Unblock Sky Go Using a VPN?

If you already have a registered Sky Go account, and if you’re not in the UK, it’s quite easy to unblock the service via VPNs. First and foremost, you need to pick a VPN that suits your needs in the best way possible. As already said in this article, we believe that most users will be happy with ExpressVPN.

With an active VPN subscription, you can download a native application for your computer, smartphone, and tablets. Open the VPN, connect to a server in the UK, and you’re ready to go. From there on, you’ll have an IP from the United Kingdom and using Sky Go should not be a problem.

Can You Use a Free VPN to Watch Sky Go?

Let’s not hide the fact that free VPN providers offer their services as well. These VPNs promise to keep you safe on the Web without you having to spend a single dollar. Sounds too good to be true, right? Well, as you can assume, there’s always a catch.

Free VPNs operate by offering limited bandwidth or data limits. On top of this, none of those VPNs will get you access to Sky Go. They simply don’t have the needed resources to make this happen. With this said, take a close look at the options present in this article. You’ll surely find a VPN that corresponds to your budget – especially if you decide to go for a long-term plan.

We sincerely hope that you found our list of the best VPN for Sky Go to be useful. We’ve made sure to recommend only the best options and only after testing them for ourselves. With this said, we wish you a great time using Sky Go and watching all of its amazing content.