The Best VPNs for Norway in 2021 – Bypass Censorship & Unblock Any Site You Want! 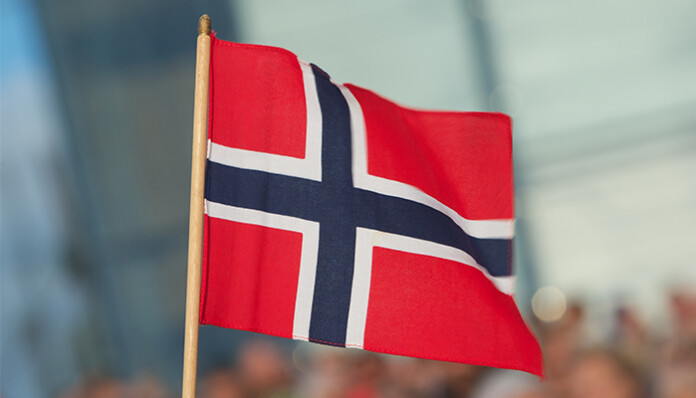 Internet restrictions and Norway surprisingly go hand in hand. The country has recently started telling ISPs to block even more sites, forcing people to start using VPNs to use them. Right now, everything from foreign gambling sites that don't have licenses for Norway to file-sharing services (Popcorn Time, Pirate Bay, etc.) are getting censored at the DNS level.

If you need help finding the best VPN for Norway, we'll help you out. In this article, we'll tell you which services work the best there, how to use them, and answer some relevant questions too.

How to Use a VPN in Norway

The 5 Best VPNs for Norway – Our Top Recommendations

We know there are way too many VPNs on the web right now, and picking a good one is really difficult. So we hope we can make things easier for you by recommending the best five VPNs for Norway (in our opinion). None of them keep any logs.

ExpressVPN comes in at #1 because it offers the best torrenting support and speeds. Out of all the VPN we tested, this was the only service to support P2P traffic on all its servers.

And when you unblock sites and download large files, you'll get fast speeds thanks to ExpressVPN's proprietary Lightway protocol. It's lighting-fast and has very fast connection times (a fraction of a second).

We also really liked the fact that ExpressVPN's apps are available on pretty much all devices, and have a very user-friendly design. Also, you can use their service on up to ten devices at the same time.

Other than that, ExpressVPN offers great security through a kill switch and powerful encryption. They also provide split-tunneling, which lets you better optimize your torrenting and streaming speeds.

To find out more about this provider, check out our review.

Out of all the VPNs we saw so far, CyberGhost VPN has the most attractive refund policy - as long as you get a long-term plan, you can get your money back within 45 days! Most providers offer 30-day refund periods, so having 15 extra days to test the VPN is definitely nice.

Besides that, CyberGhost VPN has tons of servers, decent speeds (their download speeds are a bit slower than most VPNs, though), and cross-platform compatible apps with an intuitive UI. Not all their servers support torrenting, but there are still plenty of P2P-dedicated servers to choose from.

In terms of security, CyberGhost VPN has great encryption, an automatic kill switch, a DNS blocker that stops connections to ad trackers and malicious domains. You also get split-tunneling, up to seven parallel connections, and 24/7 live chat support.

If you'd like to read more about CyberGhost VPN, here's a helpful review.

3. NordVPN - Most Secure VPN for Norway

NordVPN is a great torrenting option thanks to their well-optimized P2P servers. But this provider's security is the main attraction for us.

They have powerful encryption like all VPNs, but NordVPN also offers a powerful ad blocker called CyberSec. It can block sites that host malware, domains known for phishing attacks, and annoying ads that eat up your browser's speeds. CyberSec can even keep you safe from DDoS attacks by blocking communications with the main botnet server (even if your device has been infected).

Besides that, NordVPN has Double VPN servers. Like the name implies, they let you use double VPN connections, which means your data is secured by two layers of encryption. NordVPN also has traffic obfuscation, which lets you hide your VPN traffic. That way, your ISP can't see you're using a VPN, so they won't think you're trying to unblock censored sites.

And if you're looking for more security services, NordVPN has got you covered with a powerful password manager (NordPass) and a file encryption platform (NordLocker). You can easily pair up your NordVPN subscription with them right in the app!

The last highlights we'd like to mention are NordVPN's 24/7 live chat support, 30-day refund period, user-friendly and cross-platform compatible apps, and support for up to six simultaneous connections.

Want to see how well NordVPN performs in our tests? Please read our hands-on review.

If all you care about is numbers, PIA should be more than enough for you. Their server network is absurdly huge, with their server count going over 20,000. They also offer torrenting support, strong encryption, and a way to block ads and malicious domains.

Also, with PIA, you get up to ten parallel connections, which should be more than enough for most people. Their apps work on most devices, have a very straightforward design, and their connections are pretty fast.

And if you are ever in trouble, their support reps are available 24/7 through live chat. Oh, and this provider has a 30-day refund policy too.

Want to find out more about PIA? Go ahead and check out our review.

Surfshark is one of the few providers to offer unlimited parallel connections. You can set up and use their VPN on as many devices as you want. And yes, that means you could theoretically also share the subscription costs with a few friends to save money.

Surfshark also has dedicated P2P servers, great speeds and encryption, a clean UI, apps for most platforms, and split-tunneling. What's more, if you use Surfshark, you can block ads and malicious domains with their built-in ad blocker (CleanWeb).

Oh, and Surfshark has a kill switch that makes sure traffic leaks can't expose your data. And just like NordVPN, you can use obfuscation to hide the fact that you're unblocking sites with a VPN from your ISP. And you also get double VPN servers to double-encrypt your data.

Other things that are worth mentioning are the 24/7 live chat support and no-questions asked 30-day refund.

Check out our full Surfshark review if you want to learn more about this provider.

In this section, we're going to answer some common questions people have about using VPNs in Norway. If you need more answers, just leave your questions in the comments.

Chrome seems to be the most popular web browser in Norway. Many VPNs let you use their service through browser extensions, so which one should you pick?

Well, any of the VPNs we mentioned in this article should work well. They all have Chrome extensions, and they're all able to unblock censored sites. ExpressVPN's extension is our favorite.

iOS is the most popular smartphone OS in Norway, so which VPN should you use on it?

All the VPNs we listed in this article have iOS apps, and they're all really good. We normally recommend ExpressVPN and NordVPN's apps since they have the best design.

Can You Use a VPN to Get a Norwegian IP?

Yes. If you're not interested in unblocking censored sites, and just want to enjoy more privacy and security, you can easily connect to a VPN server in Norway to get a Norwegian IP. Your speeds should be much faster that way.

All the VPNs in this article have servers in Norway. If you want a really large number of Norwegian servers, use PIA since they have over a hundred servers there.

Can You Use Free VPNs in Norway?

Yes, you can. But we don't recommend it. Free VPNs are less secure than paid VPNs, and it's easier for ISPs to detect and block them (they refresh their IPs less often).

Also, free VPNs are generally slower. They also have bandwidth caps. Usually, you're limited to using 500MB or 2GB per month (it's easy to burn through them while torrenting).

So it's much better to use a paid VPN. But if you still want to try a free service, use our guide to find a good one.

What VPN Server Should You Use?

If you need to unblock sites, you can use any server location you want - as long as it's not in Norway, of course. And as long as the sites you want to unblock are available in those countries.

We'd personally recommend using nearby servers if possible - like Finland, Sweden, the UK, Germany, Denmark, Latvia, Estonia, and Lithuania. That way, you'll get faster speeds since data packets will travel faster between your device and the VPN server.

Also, if you want to download torrents, make sure you're using servers that support P2P traffic. Most VPN apps will let you know which servers do that. If you use ExpressVPN, you don't need to check since all their servers support torrenting.

Can You Unblock Sites in Norway Without a VPN?

Yes, you actually can. Surprisingly, Norwegian ISPs aren't banning sites by their IP. Instead, their blocking their URLs through DNS filtering.

Basically, that means that when you type a censored site's name in the URL bar, your browser can't communicate with your ISP's DNS server to retrieve the site's IP. The server simply won't respond with it, or it will retrieve an invalid IP.

However, you can bypass that by typing the site's IP directly in the URL bar. To find it, you just need to use the ping command in cmd (Windows) or Terminal (macOS). Just type ping [website name].

But remember that your ISP can still see you're accessing blocked sites. With a VPN, they can't see anything because:

Yes, they can do that. They could use DPI (Deep Packet Inspection - a way to analyze network traffic) to detect and drop VPN connections. Or they could just block the VPN server's IP. They can see you're connected to it, and they can tell it belongs to a VPN (it doesn't have a DNS resolution assigned to it).

To avoid that, you need to use a VPN that has obfuscation (like NordVPN and Surfshark), or a VPN that refreshes its IPs more often (any VPN mentioned here will do).

But you probably don't need to worry about this. VPNs are legal in Norway, and we have never heard of Norwegian ISPs blocking VPNs. If you have, please let us know in the comments.