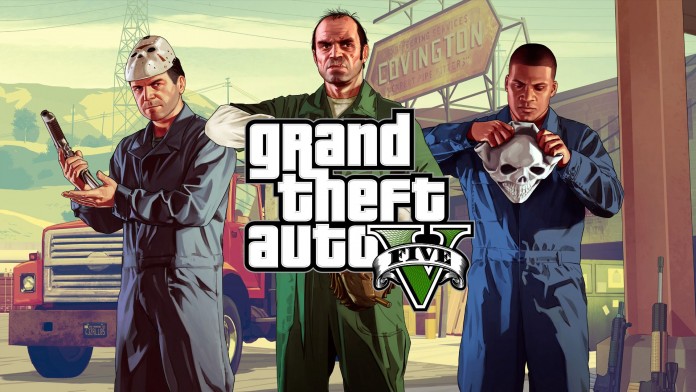 Grand Theft Auto 5 is a best-selling action-adventure game published by Rockstar Games. Players can freely roam the open world of the game in addition to completing objectives to advance through the story. By doing so, they can interact with other players, execute daring heists, and even gamble in casinos.

However, this is also why GTA 5 has been banned in several countries, including Thailand, Venezuela, Pakistan, South Africa, and Argentina. While some nations have softened their views on the issue, others have staunchly refused to allow gambling of any kind. That's where the best VPNs for GTA 5 come into play, letting you run the game and/or access its casino feature if you reside in any of the regions where the game doesn't work.

In addition, some nations, including China and Saudi Arabia, have outright banned GTA 5 because of its violent gameplay. There have also been instances where GTA 5 has been temporarily banned by countries such as Malaysia and Australia owing to the factors mentioned above.

The gamers' privacy is another reason you need a VPN for Grand Theft Auto 5. Since GTA is essentially a serverless game, you will be connected to other players directly, as each client maintains their own copy of the game.

However, because most of this work is done on the client-side, other players can get your IP address and launch a DDoS attack against you. This is where VPN comes in. You are guarded against furious griefers since the VPN changes the direction of the return path to your game client.

So, without further ado, let's look at the best VPNs for GTA 5 and learn how to use one to get past the restrictions.

How to Play GTA V with a VPN

Playing GTA V using a VPN is a straightforward and quick process. With that said, here’s what you need to do to get started on installing and playing GTA V with a VPN.

You can use the steps above to buy GTA V as well. Connect to a VPN server where the game is available, and then use Steam, Epic Games, or Rockstar's Store to buy and download the game.

The best GTA 5 VPN must offer servers in countries where the game is available, helping you unblock it. It must also have fast server speeds to prevent lag and provide a smooth gaming experience, a stable connection to avoid any gaming disruptions, and DDoS protection for security and to keep you anonymous on all networks.

Based on the criteria explained above, these are the 5 best VPNs for GTA 5:

Without a doubt, ExpressVPN is the best GTA 5 VPN at the moment. It has high-end security, the ability to unblock the game from any country in the world, it's straightforward to use, and can make your connection to the game more stable.

In terms of unblocking GTA 5, ExpressVPN won't let you down. It offers 3,000+ servers in 90+ countries. They all support high-end protocols such as OpenVPN and Lightway (a unique protocol reserved for ExpressVPN only). More importantly, those protocols unblock any website and game (including GTA 5) without a hitch.

We'll also mention that ExpressVPN has recently switched to using 10 Gbps servers, a move that has already produced excellent results. ExpressVPN has always been a speedy VPN, but based on our recent tests, it's now the fastest VPN no matter which of its protocols you use.

Also, security is also something you need in a gaming-friendly VPN, especially when playing GTA 5. Thankfully, ExpressVPN has that sorted out as well. It comes with 256-bit AES encryption that keeps the users’ IP addresses hidden and is DNS leakproof.

This VPN also does not keep any logs of user activities (its servers don't use hard drives; they rely on RAM instead), thus protecting your data from malicious actors and providing you with the ultimate privacy needed to game in peace.

Check our detailed ExpressVPN review to learn more about this hugely capable VPN.

Regarding security, NordVPN ranks among the best VPNs due to its double VPN capability that encrypts your data twice, ensuring no errors or security gaps. It also has DDoS protection, essential when playing GTA 5, and has RAM-based servers that do not keep logs.

Furthermore, you are protected from hackers by its top-notch 256-bit sophisticated encryption mechanism. You can also benefit from its "Threat Protection" feature, which guards against tracking and malware. And when you're not playing GTA 5, that feature will protect you from phishing while eliminating online ads.

You'll also get access to 5,500 servers in close to 60 countries. So, NordVPN offers plenty of servers, even though its competitors have more extensive networks. Still, let's not forget that NordVPN can get you a dedicated IP associated with the US, the UK, France, Germany, or the Netherlands. Using a dedicated IP lets you more easily hide your traffic.

Finally, we'll mention that NordVPN offers apps for practically any device out there. If you play GTA 5 on a game console, you can set up the VPN on your router. Another option is to share your connection from your computer. Since you'll get 6 simultaneous connections, that means plenty of options exist regarding fine-tuning this VPN.

Our NordVPN review will tell you more about the features and services offered by this VPN.

Surfshark has one of the easiest-to-use interfaces and is an excellent option if you're a first-time VPN user. Using this capable VPN to play GTA 5 Online will stabilize your connection, reduce lag, and lower ping - without you having to tinker with Surfshark in any way or manner. Simply put - it works out of the box.

One of the best features of Surfshark is that it offers unlimited simultaneous connections, which no other VPN from this guide provides. If you're a gamer with multiple consoles and other gaming devices at home, you'll appreciate the freedom this VPN gives you.

Beyond that, Surfshark offers DDoS protection, employs AES-256 encryption, and adheres to a no-logs policy, much like all other options in this guide to the best VPNs for GTA 5. In addition to providing high-grade encryption with WireGuard support and private DNS servers, the VPN does not amass any personally identifiable information about its customers.

Just recently, this VPN expanded its server network. It still offers 3,200+ servers overall - but they're now found in 95 countries. Since Surfshark is known for its capabilities of unblocking games (as well as websites and media streaming apps), that means playing GTA 5 even from countries like China and Saudi Arabia will never be an issue.

If you ever encounter a block, just enable Surfshark's "NoBorders" mode, and your Web traffic will bypass any obstacle.

Head over to our Surfshark review if you'd like to learn more.

The reason why CyberGhost is the best GTA 5 VPN is due to its gaming-ready servers. This VPN can automatically connect you to a gaming server where a) the game is available and b) the ping rate is low. This ensures that lag will not negatively impact your gaming experience, which is crucial if you like the play the online version of GTA 5.

However, we have to note that CyberGhost's gaming servers are available on Windows only. Still, that doesn't mean you should give up if you use a different platform. This VPN's servers (all 8,500+ of them in 90+ countries) work for gaming just fine, in addition to letting you unblock sites, access streaming platforms, and download torrents.

Furthermore, CyberGhost is one of the few VPNs with dedicated IPs, which can be associated with the US, Germany, France, the UK, or Canada. Using a dedicated IP is an effective way to bypass blocks, suitable for countries and regions where GTA 5 is banned.

Among other perks, you get up to 7 simultaneous connections. However, we also have to note that CyberGhost isn't the fastest VPN out there (and it doesn't bring too many ways to fix that). So, we recommend it if you have a fast-enough fast Web connection, which means you can afford some throttling.

You can check out our CyberGhost VPN review to explore more about this VPN.

If you want a VPN that features an ultra-wide selection of servers, Private Internet Access (PIA) will meet your needs. This highly advanced VPN service seems excellent for experienced users, even though it works amazingly well without fine-tuning.

PIA has more than 30,000 VPN servers in more than 80 countries. It focuses on the most popular VPN destinations, such as the United States, Canada, and the UK. However, its servers are found on practically every continent. That said, PIA is among the best VPNs for GTA 5 since it unblocks the game from any location.

Aside from that, PIA has a host of unique features. It lets you set a custom level of encryption, tinker with its protocols, uses sophisticated split tunneling mechanisms, and more. If you choose this VPN, we highly recommend inspecting its settings, as that's the best way to get the lowest ping and practically eliminate any latency when playing GTA 5.

Private Internet Access also protects users against DDoS attacks used by players to overwhelm an opponent's network, slow them down, and force them out of a game. It offers users a new IP address and blocks the attack using its cutting-edge "NextGen" server infrastructure.

Here is our complete Private Internet Access VPN review, where you can learn more.

In the end, we'll remind you that the best VPN for GTA 5 is ExpressVPN, as it offers the fastest speeds, high-end security, and stable connections to its servers. It lets you unblock GTA 5 from any country in the world, keeping your ping under control, as well as eliminating latency issues when joining GTA's online sessions.

Still, if you'd like to expand your options, we can help by offering extra recommendations. You'll find them in our guide to the best VPNs for gaming.

Can Rockstar Ban Me for Using a VPN?

According to Rockstar’s Terms of Service, using a VPN is a bannable offense. However, Rockstar only bans players for using mods and modifying gameplay.

That means you won't be banned for using a VPN only. Of course, make sure not to cheat in the game or use any unauthorized tools to alter GTA 5's online aspect.

Will a VPN Reduce My Gaming Speed While Playing GTA 5?

In general, yes. Any VPN will make your Web connection slower up to a point, which makes it important to pick a fast-performing and gaming-friendly VPN service.

You're less likely to experience a speed reduction if you select one of the VPNs mentioned above. Our recommendations feature speed-optimized servers spread across multiple countries, making them suitable for playing GTA 5.

Will Using a VPN for GTA 5 Reduce Lag?

Yes, using a VPN will reduce lag since it will enable you to avoid network congestion, overloaded game servers, ISP throttling, and other potential sources of lag.

Which VPN is Best for GTA Online?

As per our tests, the best VPN for GTA Online is ExpressVPN. That's the best VPN overall for GTA 5, no matter if you play online or go through its campaign.

No, you can't use a free VPN for GTA 5. That's because free VPNs can't keep your ping and latency under control, leading to a very limited gameplay experience.

Free VPNs come with limited bandwidth and speed. They're not optimized for gaming in any way or form. On top of that, most free VPNs act as proxies, which means you won't be protected from DDoS attacks.

If you're on a budget, check our guide to the best VPN deals.

That would be all on the best GTA 5 VPN. If you have any questions or doubts, let us know via the comments section below. Lastly, thanks for reading!