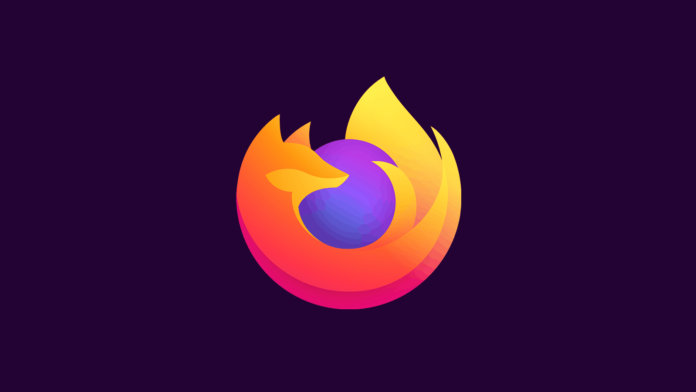 When it comes to Web browsers, Firefox is one of the most privacy-friendly options right now. However, even though Mozilla is doing plenty to improve its Web browser, nothing can replace a fully-featured VPN service. Even after taking your time to tweak Firefox's privacy settings and eliminate online trackers, you're still missing an encrypted VPN tunnel that doesn't leak your private information online. Due to this reason, we'll talk about the best VPN for Firefox in 2020.

So, let's start from the beginning. In case you're keeping your Firefox updated, you have protection against trackers already available and you're protected from malicious Firefox add-ons. Now, it's time to secure your Web browsing data by routing it through a VPN's secure tunnel. This means that you need a VPN with a no-logs policy and plenty of servers worldwide. With this in mind, we've created a list of Firefox VPN services that not only secure your Web connection but also help you unblock websites and plenty more.

Next, let's address the question of Firefox's built-in VPN solution. Currently being in beta, this project (called Firefox Private Network) aims to bring a free VPN to the public. Even though the project is showing plenty of promise right now, it's only usable for basic Web browsing. You see, nothing can replace a no-logs VPN, which is the only way to make sure that no one can read your private data. So, if you're serious about your privacy and if you want to unblock websites, a commercial VPN is currently the only way to go.

SHOULD YOU USE A STANDALONE VPN OR A FIREFOX ADD-ON? If possible, make sure to use a standalone VPN application - as this is the only way to take full advantage of your chosen VPN service. Even though they can protect your privacy, Firefox VPN add-ons tend to be less powerful than fully-featured standalone apps. However, we leave this choice to you, which is why we'll recommend standalone VPN services that also offer Firefox extensions.

ExpressVPN is one of the top global VPNs that are compatible with just about any browser and device. That is right. The browsers for which ExpressVPN has add-ons include Firefox along with Chrome and Safari. And it’s not there for the sake of being there. The implementation for Firefox is nothing less than top rung.

The kill switch in the ExpressVPN will prevent the browser from establishing an Internet connection when the VPN is not on. The VPN also prevents your real-time communication settings from being visible to others. Other features include DNS leak protection and IP leak protection. Finally, keep in mind that ExpressVPN has servers in 90+ countries around the world.

ExpressVPN is a lot more than just the best VPN for Firefox in 2020. Learn more about it by reading our ExpressVPN review.

Without any doubt, NordVPN is one of the most popular VPNs overall. This VPN service brings thousands of secure servers spread across the entire planet, it unblocks plenty of websites and keeps you secure using the strongest type of encryption. In other words, NordVPN is your one-stop-shop for everything related to your digital privacy.

Let's not forget to mention that NordVPN comes with brilliantly designed applications for all major platforms. You can be a complete beginner and still easily access high-end features such as this VPN's kill-switch, double routing, and CyberSec. Aside from protecting your privacy, NordVPN also eliminates ads and trackers, so it goes a few steps further than your standard VPN service.

To continue reading about this VPN, make sure to check our NordVPN review.

Hong Kong-based PureVPN is a terrific choice for those who want to access the Web from China, as this VPN can unblock pretty much any website out there (and this includes websites with strong anti-VPN measures). This VPN is great for overcoming geo-restrictions and even accessing some hard-to-get media streaming services like Netflix.

The features of PureVPN include anti-malware tools, WebRTC blocking, tracker blocking, and ad-blocking (aside from all the standard VPN features you'd normally expect). The browser implementation is excellent, so you get DNS leak protection, IP leak prevention, and even a kill switch.

Want to take a peek behind-the-scenes of this VPN service? If that's so, read more about it in our PureVPN review.

ibVPN for Firefox is not a VPN in the strictest terminology. But the browser feature comes as an addition to a VPN service that is available as a stand-alone app. The Firefox version can be more adequately described as an encrypted proxy.

While ibVPN for Firefox has the encryption that you would like to see, some additional features of VPNs could be squarely lacking. For example, there is no kill switch in the VPN extension. So it cannot prevent the browser from connecting to the Internet when the VPN is switched off. However, if you decide to use ibVPN's standalone application, you'll get everything you've been hoping to get - website unblocking, fast performance, and high-end security features.

Need to know more about other features of this VPN? Read our ibVPN review.

During the last year, Zenmate VPN has become one of the most popular VPNs overall. Aside from increasing its server network, it received a new UI across all of its supported platforms, and it continues to evolve at a rapid pace.

If you go for this VPN, you can switch your IP to one of the 35+ countries where Zenmate servers are located. Also, you can use its standalone app and its Firefox extension to unblock pretty much any website. In terms of media streaming, this includes Netflix, Hulu, BBC iPlayer, and even Amazon Prime Video.

To learn why this is one of the best VPN for Firefox, we recommend taking a look at our freshly updated Zenmate VPN review.

To make sure you fully understand all the benefits and downsides of using VPN with your Firefox browser, keep on reading to learn more. We will answer some of the most common questions.

Why Do You Need a VPN for Firefox?

Despite having a very open software, Firefox manages to pull up some really impressive features with respect to security. But still, a VPN gives you the extra layer of protection to secure your privacy with snooping agencies around. Moreover, you can also unblock geo-restricted content with the help of a VPN for Firefox.

How Do I Enable VPN on Firefox?

There are two possible ways to use a VPN with Firefox, and here’s a quick overview. We’ll also tell you what kind of protection you’ll get if you decide to go with a full-fledged VPN or a Firefox addon.

Should You Use a Firefox Proxy or Firefox VPN?

Proxies can be somewhat useful in unblocking websites but they can’t protect your online data in the best way possible. In fact, proxies can leak your data online, which can be highly troublesome.

VPNs have the power to fully encrypt your Web connection, make it highly secure, and prevent any data leaks. Therefore, we strongly advise you to use a VPN if you truly care about your privacy.

Can I Avoid Browser Weaknesses with VPNs?

Information identification through any Web browser typically falls into two categories: user agents and Web Real-Time Communication. While browser-based VPNs are not as secure as apps, they are good enough to block these types of information leaks.

Using a VPN can indeed overcome many privacy weaknesses of your browser. But like we have stated before, using an app is always more effective than using a VPN extension.

Is a VPN Helpful Against Information Leak Through WebRTC?

Most remote computers can use the WebRTC interface to track the present IP address of the correspondent. So using a VPN to hide the true IP address can protect your information from remote programs that try the WebRTC query on you. The VPN add-ons that we have included in this review block WebRTC queries.

In case you’ve done some research online, you have noticed that there’s a number of VPNs that offer their services free of charge. This means that you’ll be getting a premium-priced service free of charge, at least according to their marketing messages. However, there’s always a catch.

Free VPNs limit your bandwidth on a daily or monthly basis, and they keep your Web connection throttled. This makes it impossible to download files or stream videos. Even browsing the Web can become an exhausting experience. On top of all of this, free VPNs can collect and sell your data to advertisers, and you surely don’t want that to happen.

The VPN add-ons for Firefox are more than lightweight versions of the app VPNs. They come with browser-specific functionalities that are not covered by the main app. So, make sure to take your time to check and read about all the five recommended VPNs for Firefox and make a decision based on your Web browsing habits and needs.