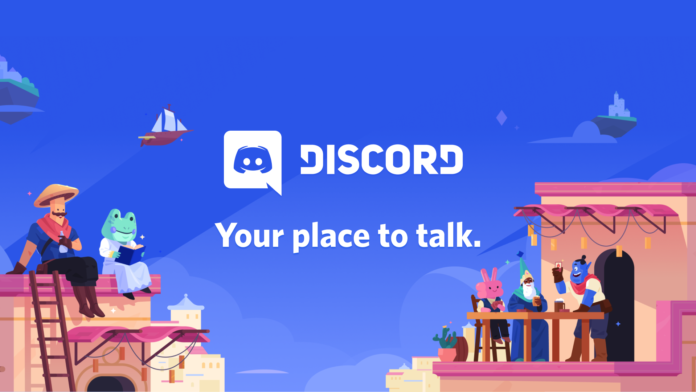 Like to keep in touch with your friends on Discord, but your school or workplace blocks access to the service? Visiting or live in a country where Discord is restricted (like the UAE, which bans all VoIP apps?) No worries; here are the five best VPNs that will reliably unblock Discord, no matter where you are.

ExpressVPN is an excellent VPN for VoIP apps like Discord. Why? Well, its wide network of lightning-fast servers in 94 countries helps you avoid the usual call lag. You'll have no trouble talking with your team on Discord, even during intensive matches. ExpressVPN's easy-to-use app is compatible with Windows, macOS, Android, iOS, Linux, etc. Install their app on a VPN router, and you can secure your Discord chats across all your home devices.

Their high-performance servers make ExpressVPN a great option for streaming content from abroad as well. Not only can you easily unblock Discord, but also watch geo-restricted content on Amazon Prime Video, Hulu, Netflix, BBC iPlayer, and other major services. Naturally, you can expect consistent speeds and little to no buffering while streaming your favorite shows.

Most importantly, ExpressVPN is one of the few VPNs that work in China and other restrictive countries like the UAE. If you're planning on visiting any time soon, it's a must-have - not just for Discord, but for your data security as well.

Be sure to check out our ExpressVPN review for further details about their services.

Gaming over VPN can significantly affect your overall speeds (see how to speed up your VPN for such occasions). Fortunately, you don't have to worry about any major hiccups with NordVPN. As the top VPN on the AV-Test speed tests in almost all categories, NordVPN provides a seamless experience whether you use it for browsing, chatting on Discord, gaming, streaming, and so on.

Speaking of streaming, NordVPN is also one of the most versatile providers when it comes to the kind of content it can unlock. You'll have no trouble watching shows from abroad on platforms like Netflix, Hulu, Disney+, BBC iPlayer, and more. And thanks to their speedy connections, you won't have to worry about the dreaded buffering wheel either.

Naturally, this performance extends to other VoIP apps as well. So look forward to calls on Zoom, Slack, Skype, Microsoft Teams, and more - all without major hiccups.

On top of all that, their built-in CyberSec feature blocks annoying ads and keeps intrusive tracking and malicious domains at bay. See our full NordVPN review for more info about their specs and features.

Getting a VPN just for Discord may not be too appealing if you're on a budget. In that case, Ivacy is your best option - with savings of up to 90% on their long-term plans. Don't let their cheap price point fool you, though - Ivacy's spot among the top contenders is well-deserved.

On top of being one of the only VPNs that work in China at the moment, Ivacy can also unblock a myriad of streaming services. Amazon Prime Video, Hulu, BBC iPlayer, foreign Netflix, the works. Performance-wise they're still a ways behind competitors like ExpressVPN and NordVPN, but it's kind of expected when going against such industry titans.

Nevertheless, their app is still a great pick for video conferencing or private calls, whether on Discord, Zoom, or other services.

Finally, we feel the need to mention that features like the kill switch and split tunneling are only available on Windows and Android. Keep that in mind if you plan on using their app on Apple or Linux devices.

Feel free to browse our full Ivacy review for any other details we haven't covered here.

4. Surfshark - Unblock Discord on All Your Devices

Most VPNs let you connect anywhere between 5 to 10 devices to a single account. For most people, that should be enough to cover all household devices. Not so much if you have a bunch of gadgets lying around or want to share an account with friends (and split the cost). Fortunately, Surfshark has no such limit, so that you can install their app on any number of devices. Their app is also compatible with all major operating systems (Windows, macOS, Linux, iOS, Android) - definitely, a plus considering the cross-platform expansion of gaming.

Having a VPN on every device also makes it easy to jump from a match with your Discord buddies straight into streaming all kinds of content on your smartphone, tablet, or laptop. Surfshark can easily provide unrestricted access to all the content platforms you're used to by now. And, of course, it has no problem unblocking and providing high-quality calls no matter which chat app you use.

If you're bothered by Internet ads (and who isn't?), their CleanWeb feature does short work of those. As a plus, it keeps your devices safe from known malware and phishing domains. Considering how many hacking incidents there are nowadays, that's a welcome addition.

As always, feel free to check out our Surfshark review to learn more about the provider's specs.

Last but certainly not least, is VyprVPN which comes with its own privately owned server network. In theory, this makes it more secure since the provider has complete control over its operations rather than relying on fallible third-party data centers. Of course, this also means that VyprVPN has the lowest server count out of all providers presented thus far: a meager 700+ servers littered across 70+ countries.

Despite all that, VyprVPN manages to offer decent speeds, making it a good choice for Discord and gaming. It also works perfectly in countries like China or the UAE, which is a big plus considering the blanket VoIP app ban in those areas. Moreover, their proprietary Chameleon protocol keeps your VPN traffic hidden even from advanced VPN detection methods employed by the Chinese government, like deep packet inspection (DPI).

Streaming-wise, however, the provider can only unblock some Netflix libraries and BBC iPlayer. Shame, but we won't hold that against them, as that isn't the main focus of their service.

If you're curious about what else the provider brings to the table, check out our in-depth VyprVPN review.