What Process Is Used to Protect Transmitted Data in a VPN? 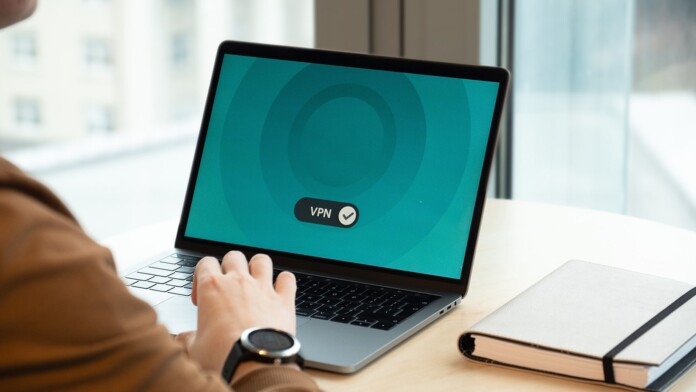 The process used to protect transmitted data in a VPN is referred to as – tunneling. That’s why you’ll often hear cyber-sec experts talk about secure VPN tunnels when talking about VPN services. However, what exactly does that mean? How does a VPN protect your personal data? How does a typical VPN tunnel look like? Well – let’s answer all those questions.

What Is a VPN Tunnel?

A VPN tunnel is a set of technologies that encapsulate your data as it travels from your device to the VPN server of your choice. You can think of it as a private gateway.

Without a VPN tunnel, your incoming and outgoing Web data is exposed on the Internet. All the data that your device transmits is tied to your IP address. That’s how your ISP (Internet service provider) and third-party websites can track what you do online. That’s also how websites can know your precise location, targeting you with personalized ads.

Once you "put" your data into a VPN tunnel, none of the previously mentioned practices will apply to your specific case. Establishing a secure connection with a VPN server changes your IP address (it gets replaced by an IP offered by your VPN) while also encrypting it. That's why it's said that VPNs help boost your online security and privacy.

If you're just getting started with VPN services, it's crucial to understand the basics of the technologies that power them. First, check our guide to the basics of VPNs. And then learn how VPNs actually work.

How Does VPN Tunneling Work?

VPN tunneling works by breaking down your Web data into "packets," making them hidden from anyone else (due to encryption that VPN services provide).

You need to keep in mind that a VPN tunnel exists between your device (and that could be any device really, like a computer, smartphone, or even a router) and your chosen VPN server. Instead of reaching its destination directly, your data flows through a VPN tunnel, reaching your VPN's server first. It then gets decrypted, which translates it to a readable form to reach its destination.

Everything that happens within a secure tunnel is influenced by two things: the chosen VPN protocol and the chosen level of encryption. Keep in mind that reputable VPN services (commercially available ones) offer multiple choices regarding their protocols and encryption, letting you optimize your VPN connection.

A VPN protocol is a set of instructions based on which your VPN handles your Internet data. Each protocol has its own way of breaking down your data into "packets," which influences how "invisible" your data can get. Also, each protocol is coupled with different types of encryptions.

Then, we have data encryption. This is the process of masking your data between your device and the VPN server, translating it to an unreadable format (known as "ciphertext"). That's why even if someone gets to your encrypted data (which is unlikely to happen), they won’t be able to take advantage of it. If you want to dive deeper, check this guide on VPN encryption.

What Types of VPN Tunnels Exist?

As mentioned above, every VPN protocol has its benefits and limitations. So, here’s a quick explanation of what to expect from each of the currently popular protocols.

With split-tunneling, you can instruct your VPN to transmit data via two routes – through the VPN tunnel, as well as the traditional way (outside of the VPN tunnel).

You might be asking yourself when and why you should use split-tunneling? Well, keep in mind that VPNs come with their pros and cons. The most prominent downside is the longer router your data needs to take – which means that your Internet speed will be limited (even though you can do plenty to speed up a slow VPN).

Thanks to split-tunneling, you can mitigate those downsides. Let’s say that you want to watch the US version of Netflix (while being outside the US), and you decide to use a VPN for that purpose. In that case, you can set your VPN to create a tunnel only when accessing the Netflix website or its apps. Anything else you do online will go outside of that tunnel, giving you the full speed of your Web connection.

That would be all about the process used to protect transmitted data in a VPN. If you have any questions or doubts, make sure to post your comment just below. Lastly, thank you for reading!