Best VPN for League Of Legends Wild Rift: Unblock & Play from Any Country! 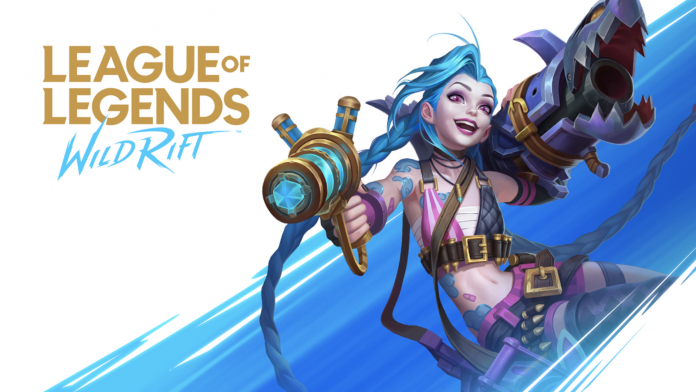 Are you quite frustrated to see the 'Pre-register' button whenever you opt for downloading League of Legends Wild Rift from Google Play Store or Apple Store? If yes, you're probably living in a region where Riot Games hasn't made this mobile MOBA game available yet. But nothing to worry about, you can definitely play LOL: WR from any corner of the world. You just need to sign up with the best VPN for League of Legends Wild Rift.

Yes, a VPN helps you bypass any kind of geo-restriction or network surveillance by connecting you to one of its servers in the location where this game is already released. Though the final version of Wild Rift is still in the developing phase, you can test out the beta version of the game like other LOL players.

However, the beta version is only available in North and South America, Vietnam, Europe, Oceania, Turkey, Taiwan, Russia, the Middle East, CIS, and North Africa. So, if you're not residing in any of these locations or traveling to a different country where this game is still asking for pre-registrations, you can't access your gaming account without a VPN.

Gaming over VPN comes with many benefits. From securing your gaming traffic to accessing Wild Rift from any region, you can smoothly play when connected to a dedicated gaming VPN. We've tested a handful of VPN services to identify the top-performing ones and help you with a list of VPNs, which work best for gaming.

So without further ado, have a look at our list of best VPNs for playing League Of Legends: Wild Rift.

ExpressVPN renders premium gaming services worldwide. It comes with thousands of servers in 94 countries. Some of these servers are located in 23 different cities in the US. And, other mentioned places like Europe and Turkey also have ExpressVPN servers. So, you can easily find a low-ping VPN server in a location where Wild Rift is available and connect to it for accessing the game servers no matter where you're presently located.

Alongside that, this VPN uses AES-256 bit encryption keys to safeguard your online traffic and a few highly advanced protocols for routing your traffic through a safe tunnel. The network lock kill switch is also there to stop the traffic flow as soon as your connection drops. The best part is, these security measures are available on both Android and iOS. So, you can play LOL: WR on all of your supported devices safely. Furthermore, you can install ExpressVPN on 60+ devices to perform other data-intensive tasks than gaming.

Go through our complete ExpressVPN review to learn more about their services.

2. NordVPN - Most Secure VPN for League of Legends Wild Rift

NordVPN is another premium service like ExpressVPN. It also has quite the same number of global users. It offers servers in 60 countries, and some of them connect 15 different cities in the US. All of these servers render amazing performance no matter from which location you're connecting to. In fact, NordVPN provides promising service as a whole. That's why it got the tag of the best performer.

However, this VPN is best known for offering strict security measures and following a no-log policy. Under that, it encrypts your traffic with AES-256 bit keys and doesn't store your browsing activity or history. That's why neither your ISP nor the government ever has knowledge about what you're doing online. Moreover, NordVPN uses total obfuscation that restricts your ISP from recognizing your online traffic. So, you don't face any network throttling.

Take a look at our NordVPN review to explore all their services.

Surfshark is a reputed VPN service that has built a massive customer base over a long period of time. It has servers in 65+ countries that run on their own data centers. That's why these ones are called bare-metal servers. A handful of these servers are located in 20 places in the US that make it easier for you to choose the most suitable one for playing Wild Rift.

Alongside that, Surfshark VPN uses military-grade encryption to protect your online traffic and personal details from the snoopers on the internet. It allows you to use a single subscription plan on all of your devices. That's how you can make the most of your investment. In addition to that, you can choose different security modes, i.e., MultiHop, camouflage, and NoBorders, to strengthen online privacy while bypassing geo-blocks.

You can check this VPN's pricing details on our Surfshark VPN review.

CyberGhost VPN comes with an easy-to-use interface that helps beginners find and connect to the most suitable server for LOL: WR without any extra setup. It has servers in 91 different countries and some in all the mentioned locations (e.g., USA, Russia, etc.) where this game is available. All these servers provide unlimited bandwidth to ensure no connected user faces lags or freezes while gaming.

CyberGhost VPN uses AES-256 bit encryption keys along with completely secure protocols like WireGuard. So your gaming traffic remains decodable to any third party. It also offers truly anonymous dedicated IP addresses on all servers. Hence, you can access your gaming account each time from the same IP address irrespective of what device you're using. However, CyberGhost VPN is supported on all widely-used platforms, including routers.

Read our CyberGhost VPN review to know about all its features and services.

PIA is a US-based VPN service provider that offers high-speed game servers in 78 different countries, including the ones where LOL: Wild Rift is already released. This is one of those very few VPNs with a huge server network containing more than 35,000 servers. A major part of these servers are located in the US, so you can easily unlock Wild Rift from any region.

PIA VPN incorporates AES-128 and 256-bit encryption keys that help you decide the security level according to your requirements. All PIA client apps come with a built-in Ad-blocker that protects your device round the clock from any malicious ad pop-ups or attachments. Moreover, you can install this VPN on all Wild Rift supported devices. So, play anonymously, even on the public Wi-Fi and any device.

Take a look at our PIA VPN review to learn everything about their services.

That's all! Now you know about the best VPN services available for League Of Legends Wild Rift. If you have any queries, drop us a comment through the below button. And, if you like to play other mobile MOBA games safely, check our VPN guide for Heroes Strike. Thanks for reading!