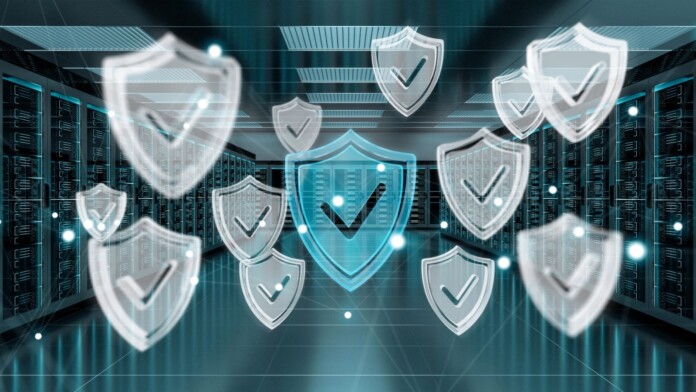 Some antivirus providers offer VPNs, eliminating the need to use two different services. In this article, we'll show you what the best antivirus with VPN included is.

For this ranking, we mainly focused on the VPN features, not the antivirus features. But the providers we mention here offer reliable antivirus protection.

We spent hours researching the top antivirus providers, checking and testing their VPN features, and looking into their Privacy Policies, ToS pages, refund policies, and customer support. Our results show that these are the five best antivirus providers with VPN included:

BitDefender Premium VPN has apps for Windows, macOS, iOS, and Android. They're easy to use and feature-rich. You get a kill switch, unlimited data, a pretty big server network, and support for up to ten parallel connections with one account. BitDefender Premium VPN can unblock many Netflix libraries, as well as Hulu and BBC iPlayer.

The support section is pretty lacking, but there are some useful step-by-step setup guides. On the plus side, BitDefender Premium VPN offers 24/7 live chat and phone support. It's also cheaper compared to other antiviruses with VPN included. All your purchases are backed by a 30-day refund.

There is a free version, but it's not worth it. It caps your bandwidth to 200 MB per day and doesn't let you choose what server to connect to (it automatically does that for you).

BitDefender Premium VPN is a great service, but it does have some drawbacks. It doesn't have split-tunneling, an ad blocker, and it doesn't work in China and seven other countries.

BullGuard VPN has apps for Windows, macOS, iOS, and Android. BullGuard partnered with NordVPN in 2018, and BullGuard VPN was their first product. Because it's based on NordVPN technology, the BullGuard VPN apps have a similar design to NordVPN's apps. That's good because it means they're easy to use.

We were able to unblock sites like Netflix, Hulu, and BBC iPlayer with BullGuard VPN. We also tested it for leaks (IPv6, DNS, and WebRTC) and didn't experience any issues. The speeds are decent, and we like that BullGuard VPN has unlimited bandwidth. There's also a kill switch (traffic leaks aren't a problem), and you can use this VPN on up to six devices at the same time.

BullGuard VPN uses the OpenVPN protocol, providing excellent security. However, we would have liked to see WireGuard, IKEv2/IPSec, or L2TP/IPSec too (for faster speeds). There's 24/7 live chat support, but it can take a while (1-3 minutes) until you're connected to a support rep. The support article section is more extensive than what BitDefender Premium VPN offers, though.

The pricing is pretty cheap if you get a long-term plan. Also, all subscriptions come with a 30-day money-back guarantee.

The main perk is the 60-day money-back guarantee. What makes it even better is the fact that it's a no-questions-asked refund. So you have plenty of time to test Norton Secure VPN. This provider has 24/7 live chat and phone support + an extensive knowledge base, but live chat is a bit annoying to use.

There's a feature called WiFi Security. It's available on iOS and Android, and it scans WiFi networks to detect potential threats (like MITM attacks). We tested Norton Secure VPN for leaks but didn't experience any. Also, this VPN doesn't keep any logs.

Norton Secure VPN uses OpenVPN and L2TP/IPSec. It's a shame it doesn't support WireGuard. Also, we can't tell how many servers there are. The support reps weren't able to give us a number, and the app only shows the locations, not the servers. Given the slow speeds, the network is probably small.

Norton Secure VPN has a kill switch, but it's only available on the Android app. That's a shame because a kill switch is an essential security feature. Unlike most antiviruses with VPN included, Norton Secure VPN has split-tunneling, but it's only available on the Windows app. There's no ad blocker, but this VPN can block ad tracking.

Unfortunately, Norton Secure VPN can't unblock most streaming platforms (we only managed to unblock Netflix US). Also, its speeds are pretty slow, there is no obfuscation (it won't work in China), and its servers don't allow P2P traffic.

Avira Phantom Pro works on Windows, macOS, iOS, and Android. Unlike most antivirus providers that have a VPN, Avira Phantom Pro allows unlimited connections. You can use the service on as many devices as you want with just one account.

Avira's apps are easy to use. Unfortunately, the server network is really small. On the plus side, all servers have unlimited data. Avira Phantom Pro uses OpenVPN. We don't like that you can't switch between UDP and TCP. Also, an extra lightweight protocol (WireGuard, L2TP/IPSec, IKEv2/IPSec) would have been nice. Despite that, we had decent speeds while using this VPN.

Avira Phantom Pro can unblock Netflix, but it has trouble with Hulu and BBC iPlayer. So it's not the best VPN for streaming. The VPN has DNS leak protection. We ran leak tests and didn't find any problems. Avira Phantom Pro also has a kill switch that keeps you safe from traffic leaks, and it allows P2P traffic on its servers.

This provider doesn't offer an ad blocker or obfuscation, so it doesn't work in places that block VPNs (like China). Also, there is no live chat support. Paying customers can only use email and phone support. While Avira Phantom Pro doesn't store usage logs, it does keep connection logs (it monitors bandwidth usage because its free plan has bandwidth caps).

Avira's subscriptions offer competitive prices. Long-term plans come with a 30-day refund. Asking for your money back is pretty straightforward. Still, the process can be a bit annoying because you need a reference number from Cleverbridge (you get a confirmation email with it after buying a subscription).

To learn more about Avira Phantom Pro, please check out our review.

Avast SecureLine VPN has Windows, macOS, iOS, and Android apps. The VPN can unblock Netflix and many other sites (Hulu, BBC iPlayer, Amazon Prime). The service has a kill switch and DNS leak protection (we also ran leak tests, and there were no problems).

The server network is pretty small, and the VPN only uses OpenVPN. Despite that, we managed to get pretty okay speeds. Avast SecureLine VPN supports P2P traffic, but only on a few dedicated servers.

Avast SecureLine VPN doesn't monitor what sites you visit and what files you download, but it does keep connection logs. When you connect and disconnect, the provider monitors how long you use the VPN and how much bandwidth you use.

The reason we ranked this VPN so low is the refund policy. While Avast SecureLine VPN has a 30-day money-back guarantee, you'll have to call a toll-free number to ask for your money back. It's a huge inconvenience that you can't do that through live chat.

To read more about Avast SecureLine VPN, follow this link.

Some providers have free subscriptions. But we don't recommend using them. They usually come with strict bandwidth caps (200 MB per day; 500 MB or 2 GB per month). If you want to download torrents or unblock streaming sites, you'll need unlimited data.

Also, free subscriptions only give you access to slow servers. And, most of the time, you can't choose which server you connect to.

Bottom line - just get a paid subscription. To save money, pick a long-term plan.

Which one is better?

Based on our research, we believe that standalone VPNs offer a better deal than VPNs included in antivirus software. Here's why:

It just makes more sense to use a standalone VPN together with an antivirus program. If money is an issue, just get a VPN like Surfshark that's really cheap. It also has unlimited parallel connections, so you can share the subscription costs with other people.

If you need help finding a good VPN, check out this guide. Also, here are the best antivirus programs according to our tests.

Why Doesn't the List Include Kaspersky Secure Connection and AVG Secure VPN?

Kaspersky Secure Connection is often ranked among the top antiviruses that have VPNs. So why did we leave it out?

It's a good VPN, don't get us wrong. It has up to five parallel connections, AES-256 encryption, and good speeds. However, here's the problem - Kaspersky is headquartered in Russia (Moscow, to be exact). There's a risk the government could force them to censor sites and log user data. True, the government doesn't enforce those rules too much (yet), but they could always start doing it. For example, NordVPN was told by Roskomnadzor to give them access to their Russian servers).

Okay, but what about AVG Secure VPN?

Well, there's not much point in adding it to the list. It's pretty much the same service as Avast SecureLine VPN. Avast bought AVG in 2016, so AVG Secure VPN indirectly belongs to them.