How to Watch Newly Released Movies Online for Free Without Signing Up! 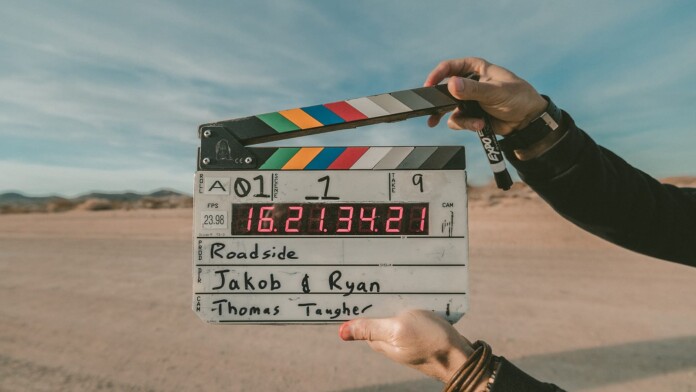 You’d be surprised to know that watching newly released movies for free online is possible. You only need to know where to find them and how to stream them. And that’s precisely what this article is all about.

As you probably know, watching the latest Hollywood blockbusters is possible on premium-priced platforms like Netflix, Hulu, and Amazon Prime Video. However, if you adjust your expectations a bit, you’d be surprised by what their free-of-charge competitors offer.

It’s true that you won’t find the latest blockbusters offered for free. Still, we’re not talking about low-budget movies either. For the most part, the following options provide critically acclaimed, A-list films that deserve your attention.

Keep in mind that we won’t discuss illegal and piracy-related options in this article. With that said, we recommend you stay away from those websites, as copyright infringement is punishable by law in most countries. The following recommendations are both safe and legal to access and use.

What Realistically to Expect? Can You Really Find New Movies Online for Free?

Before going any deeper, it’s essential to explain what to expect realistically. With that said, here’s what the following recommendations bring.

After plenty of in-depth research, we present the 5 free movie streaming websites bringing newly released movies. As promised, all of those following options are available without signing-up.

Tubi TV isn’t available in the European Union. Still, you can use a VPN service (ExpressVPN) to access the platform’s US version – which comes with thousands of titles. Here’s how to watch Tubi TV outside the United States.

After being acquired by Fox a couple of months back, Tubi TV began expanding rapidly. Luckily for us, this acquisition didn’t change the core concept of the website. It’s still free of charge, and you can still use it without registering for an account.

Our editorial team has been using Tubi TV during the last couple of months on a daily basis. And trust us, you’ll be surprised by what this platform offers. Most importantly, its library is being refreshed quite often with new titles – so there’s always something interesting.

Another great thing about Tubi TV is that it has apps for a wide range of platforms. You can access it online, but also via smart TVs, media streaming devices, smartphones, and even on gaming consoles.

If you’re in a country where Crackle isn’t available, a VPN will help you bypass this obstacle. We especially recommend ExpressVPN for this purpose. Here’s more info on how to watch Crackle outside the United States.

Without any doubt, Crackle is one of the best free-of-charge movie streaming sites. This isn’t as surprising considering that it’s owned by one of the world’s biggest media companies – Sony.

During the last couple of years, Crackle has been getting new movies on a regular basis. The streaming platform has even ventured into producing original content, with several of those titles being critically acclaimed and highly recommended to watch.

The website is free-of-charge, and you get to stream movies without creating an account. However, if you decide to create one, you’ll get to personalize your movie-watching experience, create lists of favorites, and plenty more. And lastly, know that Crackle comes with apps for practically all platforms and devices out there.

At the moment, Pluto TV is available in the USA only. If you’re not in America, you can use ExpressVPN to bypass this geo-restriction. Here’s all you need to know on how to watch Pluto TV outside the United States.

As you can see in our Pluto TV review, this media streaming platform started out as a live TV service. However, keeping up with the latest trends, Pluto TV now offers a selection of on-demand movies and TV shows.

When it comes to this recommendation, you’ll have to dig a bit deeper to find newly released movies that critics also love. However, there’s no shortage of content overall, as new titles are being added every week.

We’d also like to highlight that Pluto TV is available on a wide range of devices. As such, this is a valuable source of free content, especially since you’ll get to watch live TV in addition to on-demand movies and TV shows.

PopcornFlix is available in a select group of countries. If you’re in an unsupported country, or if you wish to access everything this platform offers, you’ll need ExpressVPN. Learn more about how to watch PopcornFlix outside the USA.

In the past, PopcornFlix was known as the ultimate repository of B-list movies, especially from the ’80s and ’90s. However, things have been changing lately, with PopcornFlix bringing in recently released films and some originals.

Other than that, everything else is the same as it’s always been. In other words, you can stream any movie without having to sign-up. Just select anything from its library, and that movie will begin to play. And yes, there are some occasional ads here and there – but that’s the price you’ll need to pay for watching newly released movies for free.

Lastly, keep in mind that PopcornFlix isn’t just a website – it can be an app as well. Popcornflix offers native software for an extensive range of devices so that you can watch movies anywhere and on pretty much any screen available.

FreeMoviesCinema relies on embeds from external websites. Therefore, you might encounter titles not available in your country. To stream those titles, you’ll need to use ExpressVPN and connect to a server in a different country.

The final recommendation in this article is perhaps the least known one. However, we do believe that FreeMoviesCinema (despite its generic name) is a real gem. The website works by collecting various sources found online, and presents them via a modern interface. And don’t worry, the website is legal and safe to use.

During the last six months, we’ve also seen FreeMoviesCinema making an effort to improve its platform. The website has recently received an overhaul and now features handy categories, the ability to filter the available movies, and there’s even a blog you can read.

Unfortunately, FreeMoviesCinema doesn’t have apps. It’s only a website, which means that you can access it via an Internet browser. However, we’ve tested the site on both computers and smartphones, and it worked equally well.

No, not all (free of charge) movie streaming sites are legal.

You need to be very careful about which websites you access. We’re surprised to see that even Google displays piracy-related websites on the first page of its search results. If your ISP catches you stream copyrighted content, there’s a real possibility that you’ll get in trouble.

With that said, know that ALL of the recommendations found above are legal. They come from reputable companies, they don’t serve copyrighted content, and can be used entirely free of charge.

The only cost that you’ll have is a VPN application. This goes for those in countries where free movie streaming sites aren’t available. However, you’ll reap numerous benefits if you decide to use a VPN, as this software encrypts your Web connection, protects your privacy, and plenty more.

When searching for newly released movies to watch for free, make sure to stick to the law. If you see movies that are still in theaters (or have recently ended their theatrical run), this is a clear indication that you’ve stumbled upon an illegal website.

Can You Get in Trouble for Watching Newly Released Movies Online for Free?

Yes, as there are legal consequences to streaming copyrighted content.

However, keep in mind that not every free-of-charge movie streaming website is the same. Even though the majority of those are piracy-related, the above-found recommendations are legal. With that said, you cannot get in trouble for using the websites listed in this article.

Is There a Way to Get Rid of Ads on Free Movie Streaming Sites Online?

It’s true that ad-blockers exist, and these can be ultra-powerful in preventing all kinds of ads from showing online. However, as ads are typically integrated with video content on movie streaming ads, there’s no way to block them.

As you’ll see, you might be asked to disable your ad-blocker before trying to stream a movie. And even if you’re not asked, it’s advisable to do so. That’s because ad-blockers can prevent movie streaming websites from working, leaving you without the possibility to stream the newest released movies for free online.

That brings us to the end of your guide. If you have any questions for us (or even better, some new recommendations), make sure to post a comment below. And also, don’t forget to share this article online with other movie fans. Thank you!