How to Set up a VPN on Raspberry Pi in 2021 – Linux-Powered Privacy on Any Raspberry Device! 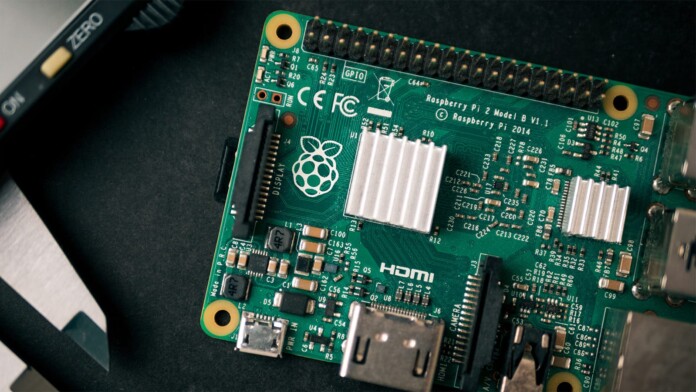 If you’re a Raspberry Pi fan, you’re certainly not afraid to dive deep into your computer’s hardware and software. That is a good thing, especially since we’re going to teach you how to set up a VPN on a Raspberry Pi device in 2021.

Before we start, we have a few useful pointers that you need to keep in mind. First of all, VPNs have different installation methods when it comes to their Raspberry Pi support. That’s the reason why we’ve decided to focus on ExpressVPN in this article to provide you with an easy-to-follow tutorial.

Based on our extensive testing of more than sixty VPNs so far, we conclude that you won’t find a better option than ExpressVPN. This is especially applicable to Raspberry Pi owners, as this VPN supports your device in the best way possible.

Aside from setting up a VPN on any Raspberry Pi device, you can install VPNs on practically any computer, smartphone, and more. So, what follows are our in-depth VPN installation guides.

TechNadu’s Step-by-Step Guide: Here’s How to Set Up a VPN on Raspberry Pi in 2021

Let’s get started with this procedure, shall we? These are the steps to install and configure a VPN on Raspberry Pi in 2021.

Many of you have probably already assembled your Raspberry Pi computers. However, if you’re starting from scratch, you’ll want to know what kind of equipment you need.

So, let’s go over everything you need to assemble your Raspberry Pi computer and prepare it to act as a VPN client.

In case you don’t want to pick each component manually, you can rely on a wide range of Raspberry Pi kits. These bring every possible part you’ll need, from the board itself up to a case, cables, memory card, and more. Among today’s Pi kits, the ones made by CanaKit are the most high-quality. Here’s a Raspberry Pi 4 (4GB) kit as well as a Raspberry Pi 3 B+ kit.

Step #2: Set up a VPN on Raspberry Pi

First, you need to prepare the VPN’s installation file. Then (even though this step is optional), you can verify your VPN’s signature to ensure that your download is unaltered. And finally, you can proceed to install the VPN on your computer. So, let’s go through each of these steps.

One of the reasons we recommend ExpressVPN is that it comes with a highly streamlined installation procedure. So, here’s what needs to be done.

Before getting started, you need to have active VPN credentials. Therefore, if you haven’t done so already, make sure to subscribe to ExpressVPN.

You now have ExpressVPN’s installation file on your computer. However, let’s make sure that your download is unaltered before we tell you how to run it. After all, you want to be very careful when installing and using a VPN.

Even though this step is optional, we highly recommend going through it. By verifying the PGP key, you can be sure that your data will be properly encrypted. Here’s how to download ExpressVPN’s PGP key and verify its integrity.

So far, we’ve installed and PGP key provided by ExpressVPN, which can be used to verify whether any future update files are indeed issued by ExpressVPN.

In other words, you’re free to proceed with installing ExpressVPN, so continue reading the following segment.

Don’t worry, as we’re nearly done. All there’s left is to run ExpressVPN’s installation file and proceed to activate the application. So, continue as per the following steps.

That’s it! You’ve now set up ExpressVPN on your Raspberry Pi. Considering that ExpressVPN brings a command-line interface on Linux, you’ll need to learn how to use it.

In other words, we will show you plenty of useful commands for connecting and disconnecting to various servers and interacting with the VPN application itself.

How to Connect to a Server

You can connect to a server simply by using the “expressvpn connect” command via Terminal. By using this command, ExpressVPN will check your physical location and connect you to the closest server available. This is a feature offered by ExpressVPN that is called “Smart Location.” However, once you start using the VPN, the “expressvpn connect” command will actually connect you to the most recently used server.

Speaking of picking a server, there are many benefits to using the closest one available. The most prominent advantage is the small impact of this set-up on your Internet connection speed.

Considering that your Web data doesn’t travel too far, you shouldn’t feel any negative effect of using a VPN. Connecting to a remote server will always slow down your network connection up to a certain point.

Also, keep in mind that you can use ExpressVPN on up to five devices simultaneously. You can install it on as many as you want, but you can have up to five active connections concurrently. If you go over this limit, ExpressVPN will display a message that your usage limit is exceeded (that’s right, you won’t find any confusing error messages here, even on Raspberry Pi).

How to Connect to a Specific Server

ExpressVPN offers more than 1,000 servers in more than 90 locations. As you can see, you’ll have plenty of options in front of you. So, to check out the available servers, you can go with the “expressvpn list all” command. This will bring up a huge list of servers, so let’s see what the information found here means.

First, on the left side, you’ll see an alias of each server (usala3, usde, ussj, hk1, and plenty more). Then, you’ll see the country and the location of each server. And on the right side, ExpressVPN provides a personalized recommendation about whether it’s suitable to connect to a specific server from your physical location.

If you remember, we previously told you about ExpressVPN’s “Smart Location” feature that allows you to connect to the closest server available. To use this option, you can go with the “expressvpn connect smart” command.

How to Disconnect From a Server

When you no longer need your VPN session to be active, you can disconnect from the currently used server. For this purpose, the “expressvpn disconnect” command should be used. The VPN will display a message saying that you’re disconnected, and you’ll automatically return to your regular IP address.

By now, you’ve installed ExpressVPN on your Raspberry Pi, and you also know how to connect and disconnect from servers. Considering that ExpressVPN brings a command-line interface, you’ll want to know additional commands to control your VPN connection.

Use a Different VPN Protocol

VPN services bring all kinds of VPN protocols, in charge of encrypting your Web data and keeping it in a secure tunnel. When it comes to ExpressVPN, you can rely on the OpenVPN protocol for Raspberry Pi. However, you can switch between two variants here – TCP and UDP.

Generally, the TCP variant is incredibly tough, capable of bypassing different kinds of firewalls. It’s also very reliable and stable, without you having to worry about losing your VPN connection at any moment. Then, we have the UDP variant, which brings fast Internet browsing speeds, but this one is not as reliable as its counterpart.

If you’d like to use ExpressVPN at all times (and therefore keep your Web connection protected without interruption), you need to set the VPN to start on boot-up automatically. This is even more important on Raspberry Pi computers, which often run as media streaming machines. If your Raspberry Pi restarts for any reason, you know that it’ll automatically connect once your computer’s system is up and running.

As you can see, ExpressVPN requires you to remember a whole series of commands. In your day-to-day use of this VPN, you’ll probably only use a couple of commands, so it’s not that hard to remember them. However, let’s not forget about power users who want to really dig into this application.

This is where the autocomplete feature comes into play. It allows you to get a list of functions by pressing the “Tab” key – while typing a specific command. For example, let’s say that you want to switch to a different VPN protocol. You can use the “expressvpn protocol” command and then press the “Tab” key twice to see which protocols are available.

In case you run into any problems connecting to ExpressVPN, you should first try connecting to a different server. Also, you can try switching to a different protocol. If that doesn’t work, you can restart your computer and then restart ExpressVPN by using the “sudo service expressvpn restart” command. This should be especially helpful if you see a message saying that you can’t connect to the ExpressVPN daemon.

If you decide to install a new version of ExpressVPN, it’s advisable to remove the old version first, meaning you should uninstall the VPN application before getting the new one. For this purpose, the “sudo dpkg -r expressvpn” will do the job of removing ExpressVPN from your system.

There’s a reason why ExpressVPN is one of the world’s most popular VPN services. When it comes to Raspberry Pi computers, we’re certain you won’t find a better deal than ExpressVPN. Therefore, if you become a subscriber, it’s wise to take your time and learn about the VPN’s features.

If you’d like to check everything that ExpressVPN offers on your Raspberry Pi computer, go with the “man expressvpn” command. This will open the application’s manual, featuring a series of commands and descriptions, allowing you to get the most out of this VPN.

So, you’ve finally reached the end of our guide on how to set up a VPN on Raspberry Pi. We hope that you gained useful knowledge by reading this article. However, if you have any additional questions, please contact us by using the comments section below. And of course, enjoy using your Raspberry Pi!