How to Choose a VPN Router – 10 Essential Things to Consider When Buying a VPN-Compatible Router! 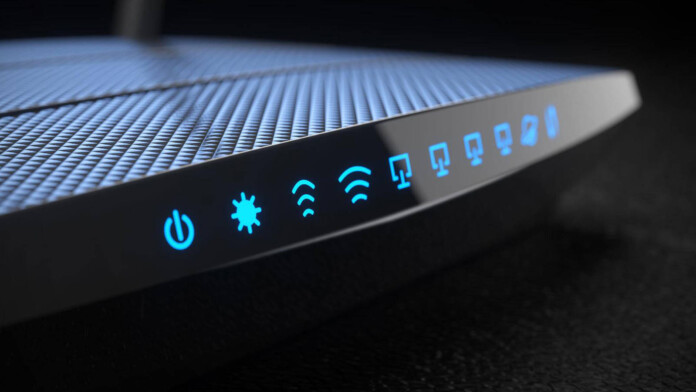 The router lies at the heart of your Internet connection. This is the piece of hardware that brings together all of your devices and connects them to the Web. However, most people just use the router that came with their broadband contract or whatever was the cheapest model on Amazon. As long as it's good enough for Netflix and Facebook, who cares, right? Well, if you are serious about your Internet experience, it matters quite a lot. There are crucial security factors to take into account when you set up your network. Not to mention that we now connect more devices than ever to our home networks, so not just about any router will do the job! With this said, let's talk about how to choose a VPN router.

If you are serious about privacy, anonymity, and security, you’ll want a VPN-compatible router - without any doubt. Running your router as a VPN client means that you only need one VPN connection to cover all of the devices on your home network. It makes setting up and maintaining a VPN safety net that much easier. Therefore, we’re going to talk about the most important factors to consider when buying a router with the intention of connecting it to a VPN. More precisely, we will help you choose a VPN router based on your needs, priorities, and budget - by going over the most critical aspects of any VPN router. Before going any further, you should also know how does a VPN router work and when should you use it.

If you keep on reading, you'll get to learn all there's to know about picking a VPN router. However, if you need some concrete recommendations, here's our article on the best VPN routers and best VPN routers for small businesses. And now, let's jump right in, shall we?

1. What Type of Firmware Suits Your Needs?

The first thing you have to think about is whether you want a router that comes with VPN support out-of-the-box. Confused? Let us explain.

The "operating system" installed on your router determines what sorts of abilities it has. Whether it can work as a VPN client is one of those things. The thing is, routers that ship with native VPN abilities tend to be more expensive. However, some routers can have their firmware replaced with a third-party version that adds those VPN abilities. Given that the hardware is up to it, this could be a much better solution. However, by doing this, you’re giving up your warranty and official support from the router manufacturer.

Good third-party firmware such as DD-WRT will let you look up if any given router works with this standard for VPN purposes. Check out our DD-WRT guide for more information on this type of firmware, what kinds of features you can expect, and more. And if you're ready for some recommendations, here are the best DD-WRT routers. You'll also want to check out the best cheap DD-WRT routers as well.

If the prospect of performing an unsanctioned firmware change on your new router gives you white hair, perhaps a pre-flashed router could be a good option. This is when you buy a router from a seller who will install DD-WRT for you. Also, this is usually priced somewhere between a router you flash yourself and a native VPN router, but it takes all the risk out of the equation - as long as the supplier supports you after the sale is complete.

2. Should You Consider Buying a Mesh Router?

Wi-Fi mesh networks use lots of small routers to create one extensive seamless network that covers every nook and cranny of your home. This is the sort of Wi-Fi that has only been available to large enterprise installations in the past. Now we have products made for average home users, such as the Google Wi-Fi System. There's also something very similar to this technology, and we're talking about Wi-Fi extenders - which are routers designed to extend the range of your existing Wi-Fi network.

If you are creating a new network installation at home, it may be worth considering opting for a mesh network. However, not many of them natively support VPN clients, and you can pretty much forget about third-party firmware at this point. Systems such as Netgear’s Orbi have native OpenVPN support, but this is an option with a high entry price. However, it is the most future-proof choice of them all.

This is one of the areas where routers flashed to add VPN support decline the most. VPN encryption and general processing can put a lot of strain on a router that doesn’t have the computing power to pull it off. This can slow down your whole network and even crash the router itself.

Basically, the faster the CPU in your router is, the better. It also matters how many CPU cores the router has. Remember that the router has to handle all sorts of jobs, not just the VPN bit of the equation. Therefore, single-core CPUs are out. Dual cores are somewhat better, but still not ideal. If you can stretch to a quad-core router, then you will never experience a performance bottleneck.

4. What's The Maximum Connection Speed You Want to Achieve?

When it comes to how to choose a VPN router, an important factor is the speed of your network. You must select a router that has the right level of speed and range for your needs. If you buy one that’s too slow in terms of Wi-Fi or Ethernet, it can be a real drag on your Internet experience. Also, you should know that one of the cons of using a VPN is a bit of throttling that's expected to happen. To learn more about this, check out our guide to the pros and cons of using VPNs. Keep in mind that plenty could be done to speed up a slow VPN as well.

When it comes to the Ethernet, this is hardly an issue since most modern routers have Gigabit connections, but in terms of Wi-Fi, 802.11ac is quickly becoming the norm. If you can, buy a router that supports this standard since new devices will receive a much faster Web connection from those kinds of routers (here are the best 802.11ac routers).

5. Consider Getting a Dual-Band Router (or Even a Tri-Band Model)

Your router should at least be a dual-band model, which is easy to see since these routers have at least two antennae. It means that the unit can dedicate an antenna to the 2.4GHz and 5GHz bands, so you don’t have to choose one or the other. That means legacy devices that don’t yet use the 5Ghz band can still be part of the fun.

Tri-band routers are even better, adding a second 5GHz band, which increases the amount of available bandwidth. If you are doing high-bandwidth stuff, such as 4K streaming on your home network, you'll want a tri-band router to ensure smooth performance.

6. Do You Need a Router That Supports Guest Networks?

Another feature we think is essential for home network security is the ability to create a guest network, which happens when your router can provide a second Wi-Fi hotspot with a different name. Visitors can connect to this network to get Internet access, but they won’t be able to access computers, drives, or other local network resources. If your router can be flashed with DD-WRT, then it will also support guest networks.

7. How Many LAN Ports Do You Require?

The humble wired network connection seems to be ignored more often than not these days, but there’s still a long list of reasons to connect some types of hardware to your router using an Ethernet cable.

Home media servers and gaming PCs (check out the best gaming routers) definitely benefit from the lower latency, higher bandwidth, and rock-solid stability. Identify how many devices you have that work best via Ethernet and then make sure your prospective router has enough physical ports. If not, you might have to buy an additional network switch to accommodate more connections or choose a different router model instead.

Most routers these days use the WPA2 standard with AES encryption, which is sufficient for most people. However, we recommend that you disable the WPS button on any router that you buy since it makes it far too easy for people with physical access to the unit to get on your network.

And speaking of Wi-Fi security, know that some routers are more capable than others. Aside from having the ability to install a VPN, you also need to think about your router's firewall capabilities. This is how routers can protect themselves from DDoS and similar attacks, where the goal of malicious actors is to take control of your home network. With this said, we highly recommend you check the best secure routers.

Some routers come with a USB interface that will let you attach an HSDPA modem or USB drive. In some cases, the modem will be built-in, and you just have to add a SIM card. In both cases, this lets you fall back on a mobile network connection if something happens to your wired broadband. This can be an incredibly useful feature for people who have mission-critical network applications.

The ability to attach USB storage is also neat to have. Some routers even have media server software on them, which means you can stream content from the drive without needing a separate media server box. None of these features are 100% important, but it could swing your purchasing decision between two otherwise comparable products.

10. Finally, Decide on Which VPN You Plan on Using!

Once you decide which router to buy, it's time to think about choosing a VPN. There are hundreds of VPNs out there, and many are promising the ultimate security for your private data. However, don't believe those marketing messages blindly. You need a capable VPN that's compatible with your router. Also, remember your planned online activities, as there are VPNs optimized for streaming, torrenting, as well as cross-platform VPNs.

If you truly want the best of what today's VPN services offer, we have a comprehensive guide to the best VPN services. And if you're after a good deal, check out our frequently updated article on the best VPN deals. Finally, once you're ready to proceed to the last step, here's how to set up a VPN on a router.

Dear TechNadu visitors and readers, that would be all on how to choose a VPN router. We sincerely hope you found this article useful and that we managed to clear any doubts. If there's something else you want to know, make sure to post a comment below.