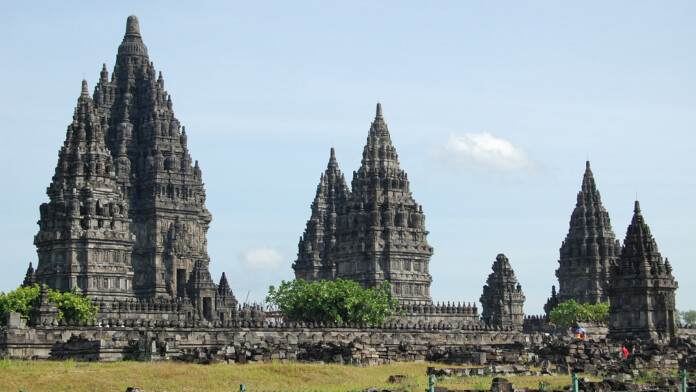 Indonesia is often seen as a highly problematic country in terms of the way it controls the flow of information. According to the latest Freedom House report, this is a partly-free country, which is something that Indonesians already know. So, how can you preserve your privacy if you’re in this country and browse the Web without any restrictions? Is something like that even possible? Well, let’s make one thing clear – this is entirely possible, and we’re here to spread the knowledge about VPN applications. With this said, we will tell you about the best VPN for Indonesia in 2020, so keep on reading.

First things first, let’s provide some background information. In case you didn’t know, Indonesia is now using an AI system called Cyber Drone 9, whose mission is to crawl the Web, collect information, and eliminate anything that the Indonesian government decides to block. As you can imagine, a system like this one has grave consequences, as journalists have already pointed out. This undermines the freedom of speech, preventing you from getting access to certain types of information. Then, there’s the Electronic Information and Transactions Law, which has been amended several times now, each time giving more power to the government. Due to all of these reasons, we strongly recommend using a VPN service. More precisely, you need a capable and reliable VPN, with a long history of keeping its users protected – and we know which VPNs are that.

Also, you should know that there was some talk about Indonesia regulating VPN services, which doesn’t come as a surprise. However, VPNs are fully legal in this country and there are no blockades in place. However, to be on the safe side, we’ll recommend VPNs known for their high-end encryption, making us sure you’ll use them for a long time.

We strongly believe that ExpressVPN is the best option for both inexperienced and highly experienced users. This VPN brings a simple and attractively-designed interface powered by numerous advanced technologies, providing all of the features that you’ll need to stay safe on the Web.

Besides, you need to know that ExpressVPN is compatible with pretty much any popular device and platform. These applications run natively, and you can take advantage of an amazing server network with ease. There are thousands of servers available, located across 90+ countries. Then, we shouldn’t forget about strong encryption found here, making sure no one can track you digitally. There’s actually nothing more you can ask from a VPN.

Make sure to learn more about all the amazing features of this VPN by taking a look at TechNadu’s ExpressVPN review.

This is a ‘local’ VPN, coming from Hong Kong. PureVPN has been around for quite some, managing to break through (incredibly tough) Chinese VPN restrictions with ease. Therefore, we are more than sure that you can use it successfully in Indonesia as well.

If you care about having the biggest server network, you are in for a big treat. Countless servers await in 140+ countries, including Indonesia and its neighbors. Once you set it up and connect to the Web, you can rest assured that your data is safe. That’s because PureVPN uses 256-bit encryption that is close to impossible to hack. Then, you will receive an antivirus as well, which is an extra layer of protection against malware. And all of this comes at an affordable price.

Don’t miss out on this amazing VPN and make sure to read our PureVPN review.

When looking for the best VPN for Indonesia, you want something that keeps you protected and performs well. That’s why, aside from ExpressVPN and PureVPN, we’d like to recommend a VPN named HideMyAss.

As you know, Indonesia is notorious for blocking websites. Thanks to this VPN’s own DNS system, you can make sure to break through any Web barrier. Furthermore, thanks to its industry-standard encryption, your private data will remain private. Finally, we shouldn’t forget to mention its amazing performance. HideMyAss is capable of running without throttling your Web connection by much, which means you’ll get to use media streaming services and VoIP applications equally well.

For more information, turn to our HideMyAss review. That’s where you can learn the specifics.

The next entry on our list is VyprVPN – however, don’t think this one is not capable as the others. In fact, this VPN has a very interesting cloaking technology named Chameleon. Perhaps this flagship feature is what sets this amazing VPN apart from the others.

Chameleon is VyprVPN’s proprietary cloaking technology. By encrypting your connection, this technology makes sure you’re invisible on the Web. As an added bonus, you can break through any type of censorship and browse the Web without any limitations. Finally, you should be aware that VyprVPN has recently become a no-logs VPN, which means that your activity and connection logs aren’t stored on this VPN’s servers.

To learn more about Chameleon and other tools provided by this VPN, check out our hands-on VyprVPN review.

If you decide to get more information about IPVanish, you’ll see that this VPN prides itself on its fast performance. That’s why we like to recommend it to those who want to use media streaming services. However, you can expect your connection to be a bit throttled, so you need a fast connection, to begin with.

One of the most notable features of IPVanish is that it’s compatible with a whole range of devices. For example, owners of Windows Phones will have a hard time finding a VPN. Aside from that, this VPN brings tough encryption that will make you feel protected on the Web. Finally, you should know that IPVanish doesn’t have servers in Indonesia. However, you can use it to connect to a server found abroad and therefore unblock your Internet connection.

Want to learn more about why this is one of the best Indonesian VPNs in 2020? Read our full IPVanish review.

While we have your attention, we’d like to provide some additional information about using VPNs in Indonesia. So, keep on reading.

Which VPN Has Indonesia Servers?

Are VPNs Legal in Indonesia?

Yes, VPNs are legal in Indonesia. There are no legal consequences for using this type of software in this country, and we strongly recommend you protect your privacy this way.

Does ExpressVPN Work in Indonesia?

ExpressVPN is among the most popular VPNs on the planet, so many want to know if it works in Indonesia? The answer is – yes, you can use ExpressVPN in this country without any limitations. It doesn’t have Indonesian servers, though – but you can use its other servers to unblock any type of content.

Are There Free VPN Services Available in Indonesia?

You’ll find some free VPN services that might work in this country. However, all of them impose bandwidth limitations, which makes them practically useless (even if you only want to browse the Web and nothing else). To protect your privacy in a reliable and effective way, we recommend using a commercial VPN.

Dear readers, this is where we reach the end of our guide. We do hope that you’ve managed to find the best VPN for Indonesia based on your budget, needs, and priorities. In the end, happy Web browsing – and remember to stay secure out there!