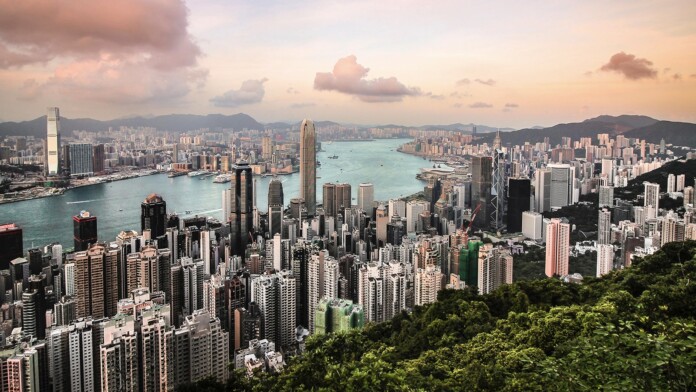 UPDATE: Since some providers have started shutting down their Hong Kong servers, we'll continuously update this article. So some of our recommendations might change based on that.

Without any doubt, Internet users in Hong Kong are in a very delicate situation right now. As you surely know, this previously independent territory gave up on certain liberties just recently, putting the privacy of its citizens in danger. And yes, we're talking about the newly passed National Security Law - coming from Beijing.

As per the new legislation, both Hong Kong and Beijing governments are now free to dive deep into your background. They can easily discover your private information, including your online activities, communications, and plenty more. This is something that every citizen of Hong Kong should keep in mind - and especially those who were taking part in last year's demonstrations.

As a result of these new measures, the usage of VPNs has spiked across Hong Kong, and for multiple good reasons. These digital tools are the best way to preserve your privacy, keep your communications hidden, and avoid the Internet restrictions that are already present in China - now expanding to Hong Kong as well.

Related Content: Hong Kong's New National Security Law Explained - The Internet is Changing Drastically in Hong Kong, So Should You Still Use a VPN?

In case you didn't know, TechNadu's editorial team has plenty of experience testing a large number of VPN applications. Therefore, we'd like to provide our expertise and help you find the best VPN for Hong Kong in 2020. And don't worry, we understand the seriousness of this situation, and we'll provide you with concrete and on-point suggestions.

As you can see above, we've already provided you with some helpful resources to get started. We'll do the same throughout this article, so make sure to read it carefully. By the end of this guide, we promise that you'll find the best VPN for Hong Kong right now, based on your needs, priorities, and budget. So, let's get started, shall we?

Why Are Citizens of Hong Kong Turning to VPNs - And Why Should You Consider Doing the Same?

The private information of Hong Kong citizens is no longer protected. The newly introduced legislation allows the authorities to force ISPs to track individual users, collect their personal information, and hand over that data to the authorities.

The same applies to privately-owned companies - such as Microsoft, Google, Facebook, Twitter, and any other tech company that processes data. These business entities are currently considering how to handle data requests. However, you shouldn't count on them to keep you protected in the long-term.

You need to take this situation seriously - and take it into your own hands. We're talking about VPN services that have the power to encrypt your personal data and make you anonymous online. So, here are some of the most prominent benefits of VPNs.

Should You Use VPN Servers Located in Hong Kong, or Connect to Servers in a Different Country?

The National Security Law is already active in Hong Kong - and it applies to any data processor, including VPN services. Therefore, there's the question of how VPNs that offer physical servers in Hong Kong will handle this delicate situation?

As already said, your best bet is to use a no-logs VPN. However, make sure to keep your eye on the future behavior of your chosen VPN. Remember that no-logs VPN (certified ones, that is) don't have a way to collect private information, even if they decide to do so.

It's also worth mentioning that the National Security Law doesn't impose restrictions on a specific territory. Instead, it applies to both residents and non-residents of Hong Kong, who might be residing in this city or elsewhere.

Related Content: How to Bypass VPN Blocks / What a VPN Does Not Do

However, using a VPN server located outside of Hong Kong seems like an excellent idea right now. For example, if you connect to a server in Switzerland, China would need to force that country to hand over your personal data - and this is unlikely to happen.

How to Find a Good VPN? What Should You Look For?

This is actually a very important question right now. Internet users in Hong Kong need a reliable and trustworthy VPN. This means that aside from offering the standard set of features, you need to pay attention to certain specifics, as follows.

These Are The 4 Best VPNs for Hong Kong Right Now!

Finally, let's talk about some on-point recommendations. After plenty of research, we present the 1best VPNs for Hong Kong in 2020.

Being one of the top-rated VPNs for a very long time now, ExpressVPN is a bulletproof option for any Internet user in this city. If you decide to go with this VPN, know that ExpressVPN will hide your online whereabouts in the best way possible, leaving no trace of what you're doing online.

First of all, know that ExpressVPN comes with a highly polished interface. All it takes to encrypt your Web connection is to open the application (it’s available on a wide range of platforms and routers), connect to a server, and that’s pretty much it. The application uses 256-bit AES encryption, making sure your data doesn’t leak. It’s safe to say that this makes you 100% invisible on the Web.

Then, you can count on ExpressVPN to take you where you want to go. This includes previously blocked websites and Web services (including media streaming platforms). And let's not forget that ExpressVPN can be used on up to five devices, and it comes with promises of not logging your personal information.

There are numerous other interesting features waiting if you pick this VPN. So, make sure to read TechNadu's ExpressVPN review for more information.

Our list of the best Hong Kong VPN in 2020 wouldn’t be complete without NordVPN. Even though it looks simple on the outside, don’t get fooled by its highly intuitive user interface. A lot of power hides within, and one unique feature as well.

NordVPN has a network of 5,000+ servers in close to 60 countries. This gives you much greater freedom when it comes to choosing the best server based on your physical location. In addition, this greatly helps with unblocking previously unavailable Web services.

Then, there’s something called double-VPN. Instead of encrypting your data once (which is usually more than enough), NordVPN has a dual layer of encryption – making it 110% impossible for someone to track you.

And finally, know that NordVPN is one of the most popular VPNs in Hong Kong right now, seeing a huge spike in downloads. To accommodate its users from this city, NordVPN has already added more servers to its lineup, across Hong Kong and Taiwan.

Want to learn more about the dual-layer of protection of this VPN? If that’s the case, you need to check our in-depth NordVPN review.

This is yet another relatively new player on the global VPN market that’s been around for several years now. This usually isn’t much for a VPN to prove its worth – but we’re more than confident that CyberGhost VPN won’t let you down, especially after having tested this VPN service ourselves. In fact, we're sure that you'll be surprised to see what CyberGhost offers, especially for its users in Hong Kong.

The company behind CyberGhost clearly displays its intentions to keep your private data safe and sound. A single data log isn’t collected, and even this company doesn’t know anything about your online activities. Needless to say, plenty of servers await (more than 6,300 units) placed in strategical locations across the world.

There’s a number of servers in the USA, which means that CyberGhost VPN is a good option for media streaming. You also get specialized servers for P2P downloads, you can unblock regional streaming platforms, and CyberGhost also offers a healthy range of applications for various platforms.

If you need more information on this VPN, you will find everything you could possibly need in our CyberGhost VPN review.

Next on our list is PrivateVPN, coming from Sweden. This is a relatively new VPN service that has already managed to attract a large user base. Aside from tough and high-end encryption, PrivateVPN is very transparent about the way it handles your data, which is one of its biggest strengths.

This VPN service takes great pride in the fact that it doesn’t store your personal data. No matter how you use this VPN (to browse the Web, stream media, or download P2P files), government agencies won’t be able to trace your Web activity, no matter where you're located. To make things even more secure, PrivateVPN features tools like IPv4/IPv6 as well as DNS leak protection.

Last but not least, this VPN brings a network of strategically placed servers around the world. This isn't the biggest network of servers, but we're confident that average home users will find it to be sufficient enough. And lastly, you get all of those amazing features at an incredibly low price.

To learn more about what kind of protection you’ll receive, don't miss your chance to read our PrivateVPN review.

If you have any doubts or additional questions, make sure to keep on reading this article. We'll answer some of the most pressing queries about using VPNs in Hong Kong.

Can I Use a VPN in Hong Kong?

Yes, you can use just about any VPN in Hong Kong. However, due to the current political climate, we recommend using only the most reputable VPNs out there (those that don't collect your private information). Without any doubt, our primary recommendation is ExpressVPN, as it comes with a reputation for offering the safest VPN tunnel for your data.

Are VPNs Legal in Hong Kong?

Yes, VPNs are legal in Hong Kong (for now, at least). However, keep in mind that VPNs aren't exactly illegal even in China. Instead, they're heavily regulated in that country. In other words, using a VPN in Hong Kong should be a viable option for a long time to come.

Yes, you can access Netflix in Hong Kong. However, you'll find a limited regional version of Netflix, which is missing thousands of titles offered via the US version of the streaming platform. To overcome this limitation, you can use a VPN for media streaming, such as ExpressVPN.

How to Get a Hong Kong IP Address?

In case you'd like to access the Web as if you were in Hong Kong, you need to get a Hong Kong IP address. The provided link will show you our detailed guide, which involves using a VPN to replace and change your IP.

With the current situation in Hong Kong, many predict that even VPN services will be put under the spotlight. In the past, Private Internet Access was briefly blocked - and this is a reputable commercial VPN. Therefore, using a free VPN won't get you far in terms of protecting your privacy.

So, that would be all when it comes to the best VPN list for Hong Kong in 2020. We hope that you'll make the right decision and protect your privacy by using any of the recommended VPNs from this article. Enjoy using the Web without any borders, while making sure no one tracks your online whereabouts!