Will the iPhone 13 Come With a Charger? 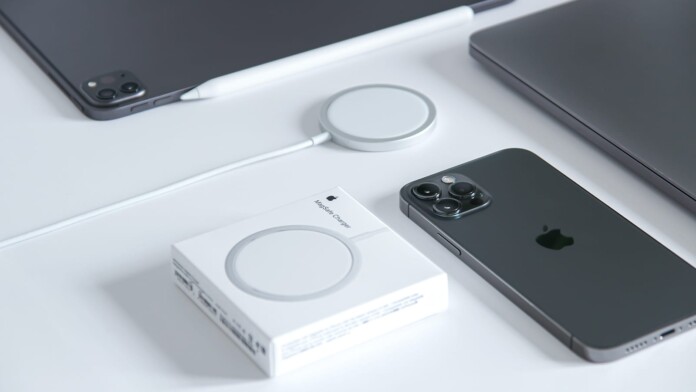 As you surely know, the iPhone 12 lineup brought plenty of changes. However, what surprised many was Apple’s decision to remove the charger from the box, leaving only the phone itself alongside a USB-C to Lightning cable. So, what are Apple’s plans for 2021? Will the iPhone 13 come with a charger? And if not, how can you future-proof your iPhone? Let’s find out!

Know that Apple’s September 2021 event is just around the corner, which means that the unveiling of the iPhone 13 lineup is imminent. Make sure to use the provided link to learn about what to expect.

What Are the Latest Rumors Regarding iPhone 13’s Charging Tech?

Even though any increase is good, there's not that much difference between 20W and 25W in terms of battery charging. That's because the iPhone 13 should come with a larger battery to accommodate the needs of a high-end processor and new display technologies.

In other words, it might be possible that the iPhone 13 will support 25W fast-charge power adapters, but battery charging won’t be any quicker due to increased capacities.

It’s also interesting to note that recently discovered FCC filings have revealed a revised MagSafe charger. Still, it's impossible to tell what's new about the wireless charger based on the filings. That's because Apple submits FCC filings even when subtle changes are implemented, which might not even be noticeable.

Will the iPhone 13 Come With a Charger? What Are the Chances of That Happening?

No, the iPhone 13 won't come with a charger (power adapter), most likely. That means you can count on getting a USB-C to Lightning cable only.

There isn't a single reason to believe that Apple could change its mind. In fact, we think the Cupertino-based company is taking small steps towards a very radical decision. And yes, we're talking about an iPhone that comes free of ports. However, for something like that to happen, Apple will need to make a bigger push with its MagSafe technology.

Therefore, if the iPhone 13 continues to build upon its MagSafe wireless charging technology, that could clearly indicate Apple's priorities. Be it a year, two, or five years from now, we can bet that Apple's ultimate goal is to create a "portless” smartphone.

So, What Should You Do? Is There a Way to Future-Proof Your iPhone?

The best way to future-proof your iPhone is to switch to MagSafe. That’s the only way to avoid having to spend money on new charging adapters in the future.

With that said, know that the currently available MagSafe Charger is priced at $39.00 (currently discounted to only $30.00 via Amazon). However, keep in mind that you need this 20W USB-C power adapter to take full advantage of MagSafe (if you use a lower-power adapter, MagSafe will be limited to 5W only).

When it comes to other charging-related accessories, it’s worthing mentioning Apple’s MagSafe Duo Charger, which comes priced at $129.00 (it lets you charge your Apple Watch as well). And lastly, when you're on the go, you can count on Apple’s MagSafe Battery Pack ($99.00).

So, what do you think? Will the iPhone 13 come with a charger included in the box? Let us know via the comments section below. And finally, thanks for reading!