Why Does Netflix Block VPN Apps? 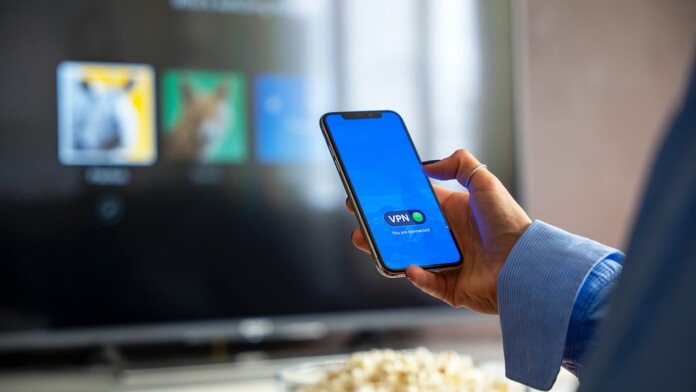 Even though Netflix is an on-demand media streaming service, it still has to respect the laws and regulations that apply to the broadcasting industry. And since it’s available across the entire world, this adds another layer of complexity to its operations, where each country’s laws come into play. So, if you’ve been wondering why Netflix blocks VPN apps, you’ll get your answer if you look at the way Netflix operates.

That’s precisely what we’ll explain in this short and informative article, in addition to responding to some of the related questions on using VPNs with Netflix. Let’s jump right in.

Netflix Blocks VPNs Due to Broadcasting Rights – Here’s Why!

That’s true – Netflix blocks VPN apps due to broadcasting rights as a way to prevent viewers from certain countries from accessing the content they shouldn’t be able to play.

The “cause” of this issue comes from Netflix’s home country, the United States of America. More precisely, we’re talking about U.S. TV networks and Hollywood studios, which are copyright holders to TV shows, movies, and other types of content. Even today, a business model of selling distribution rights is practically the same as it was decades ago, which also affects new-age digital services, such as Netflix.

U.S. TV networks and Hollywood studios get their income from domestic revenue and from selling their content to individual TV networks in almost every country in the world. In other words, if a TV channel buys exclusive rights to a movie, it becomes the only place to watch that movie – attracting new viewers and earning from selling ad slots.

Everything explained above has been in existence decades before Netflix appeared and started operating across the entire world. And more importantly, the presence of Netflix didn’t really change the way distribution rights are sold, which is the reason why Netflix can’t offer every single title in its library across all of the countries where it operates.

This is where we come to VPN services. Their primary purpose is to boost your online privacy, which they do in many ways. For example, a VPN can change your IP address while also encrypting your data. As a result, you can use a VPN to bypass Netflix’s geo-restrictions.

Consequently, that’s also the answer to our question of why does Netflix block VPN apps. It does that to respect the existing broadcasting rights – as it’s required to do by the law.

So, Is It Illegal to Use a VPN for Netflix?

It’s not illegal to use a VPN for Netflix. However, using a VPN is against Netflix’s Terms of Use. Still, that doesn’t mean that you’ll get into trouble in any way.

The media streaming service’s Terms of Use state that “you may view the Netflix content primarily within the country in which you have established your account and only in geographic locations where Netflix has licensed such content.” On top of that, as a Netflix subscriber, you agree not to “circumvent, remove or alter any of the content protections in the Netflix service.” And finally, know that Netflix can terminate or restrict your use of the service if you violate its Terms of Use.

All of the said above sounds a bit frightening. However, know that we haven’t heard about a single instance of someone being sanctioned for using a VPN. After all, doing so would affect Netflix’s revenue in a very noticeable way and would push new subscribers away to other streaming platforms.

In reality, the worst you’ll encounter would be Netflix’s proxy error message, saying that your access is blocked as you’re using a VPN. As soon as you deactivate your VPN session, you’ll get to continue to use Netflix without any issues.

How Do I Stop Netflix From Blocking a VPN?

To stop Netflix from blocking a VPN, all you have to do is – use a more powerful VPN. Based on our hands-on tests, the best option you have right now would be ExpressVPN.

Our team has been using ExpressVPN to watch Netflix for many years now, without a single issue. That truly is the most capable VPN right now, letting you access not only the US version of Netflix but other versions as well.

However, you have other options, as you can see in our overview of the best VPNs for Netflix. And in case you encounter any issues with your VPN, here’s how to fix the most common Netflix VPN issues.

So, that would be our answer to why does Netflix block VPN apps. If you have any questions or doubts, make sure to post your comment just below. And lastly, thanks for reading!