How Much Does a VPN Slow Down Internet Speed? 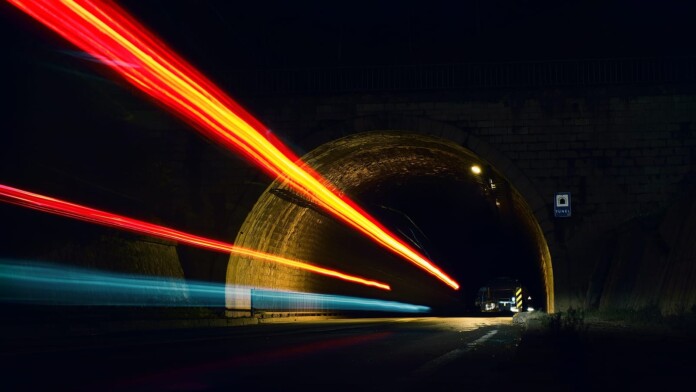 The majority of online sources say that a VPN will slow down your Internet speed by around 10-20%. However, that doesn't paint a complete picture, as those numbers depend on many variables (in some cases, a VPN can even help you bypass ISP throttling). With that said, we wanted to offer our take on the question of – how much does a VPN slow down Internet speed?

Instead of using complicated technical terms and speaking in general, we'll give you a concrete example. More precisely, we'll do a speed test, checking what to expect from different VPN protocols. So, make sure to join us - as we jump right in.

TechNadu’s Hands-On Test – Here’s How Much a VPN Will Slow You Down!

As you can see in our overview of the best VPNs available right now, our team believes that ExpressVPN comes out on top. This might not be the fastest VPN available, but it’s the most powerful all-in-one VPN solution (check our ExpressVPN review for more info).

With that said, re-testing ExpressVPN seems like a good idea, as this VPN gives you a very accurate insight into what any capable and reliable VPN brings to the table.

Before we dive deeper, it’s important to establish our baseline data first. In other words, we will test the speed of our Web connection – without having ExpressVPN active in the background. And for that purpose, we’ll use Ookla’s Speed Test (a highly reliable tool).

As you can see just above, we got 367.29 Mbps for downloads and 46.37 Mbps for uploads. In addition, our ping is at 11ms, which proves that we haven’t used a VPN server. So, now that we have our baseline data, let's fire up ExpressVPN and start testing it.

By default, ExpressVPN will be set to use the OpenVPN protocol. That’s what you’ll get if you don’t visit its settings, where additional protocols await. Besides that, OpenVPN is incredibly secure and promises fast performance.

Based on ExpressVPN’s recommendation, we established a VPN connection to a server in Germany (we’re located in Europe, by the way). Upon running a speed test of that connection, we got 327.61 Mbps for downloads and 39.43 Mbps for uploads. Not bad at all, right?

When it comes to the OpenVPN protocol, the VPN decreased the speed of our Web connection by 12.8% (on average, when taking into consideration both download and upload speeds).

Not too long ago, ExpressVPN was updated to support its proprietary protocol – Lightway. We were promised to get incredibly fast speeds, fast connection times, and a very high level of security. So, let's see if those promises are kept.

Once again, we used the same VPN server as in the previous round of tests. This time around, we managed to get 340.73 Mbps for downloads and 43.58 Mbps for uploads. We can see just by looking at those numbers that Lightway is faster than OpenVPN.

When it comes to the Lightway protocol, the VPN decreased the speed of our Web connection by only 6.6% (on average, when taking into consideration both download and upload speeds).

And lastly, we also tested the IKEv2 protocol. Of course, this one isn't as secure as OpenVPN and Lightway, but we wanted to show you how much this VPN slows down your Internet speed in the most comprehensive way possible.

We used the same server as in the previous two rounds. As you can see just above, we got 313.00 Mbps for downloads and 40.14 Mbps for uploads. So let's put that into a table and compare that data with our baseline data.

When it comes to the IKEv2 protocol, the VPN decreased the speed of our Web connection by 14% (on average, when taking into consideration both download and upload speeds).

Let’s Analyze the Numbers – Here’s the Final Result of Our Tests!

And now, let's reach the final result of our hands-on tests. We'll compare the results of the three previous rounds of VPN speed testing, letting us know how much this VPN slowed down our Internet connection.

With that said, the VPN decreased the speed of our Web connection by around 11%. With that said, it’s clear that any VPN will make your Internet speed go down. However, considering how many benefits you’ll get, that doesn’t seem like a drastic tradeoff, even if you don’t have a fast Web connection, to begin with.

Keep in mind that it's worth checking your VPN settings before you start to use it. You'll hardly get the fastest possible speeds "out of the box" since some optimization is needed. For example, you can switch to a different protocol, try a different level of encryption, and connect to a server near your physical location. Here's are all the ways to speed up a slow VPN.

So, how much does a VPN slow down your Internet speed? Based on our tests – by around 11% only. With that said, make sure to share your experience with us via the comments section below. And lastly, thanks for reading!