Can I Use VPN and Proxy Together? 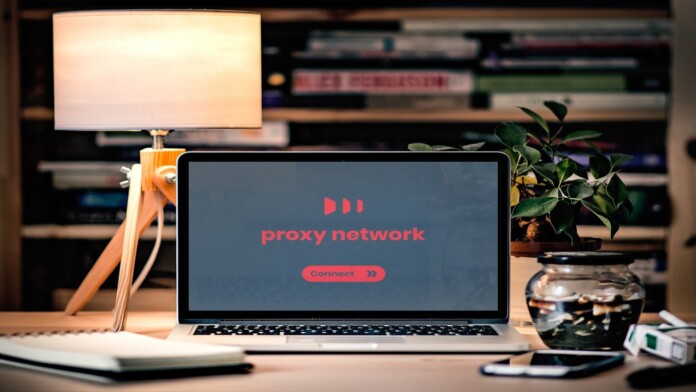 We'll get right to the point and say yes - it's entirely possible to use the two technologies together. But a better question than "can I use a VPN and proxy together" is: should you even do so in the first place?

What's the Difference Between a VPN and a Proxy?

We've previously covered the difference between VPN, proxy, and smart DNS in more detail, so go check that out for more in-depth info. The gist of it is that while both VPN and proxies hide your IP address, only VPNs encrypt your network data. This offers an extra layer of security against surveillance from your Internet provider, as well as hackers looking to steal your data.

Proxies simply act as the middleman between you and a website. Think of accessing a website with a proxy as asking a friend to buy something in your stead. The store will never know that you're the original buyer. However, someone snooping in on you (such as your ISP or a hacker) can immediately tell what's going on.

With a VPN, your means of communication are encrypted. To continue the analogy above, imagine chatting with your friend in a coded language only the both of you understand. Any onlookers will have no idea what you're on about.

Why Use a Proxy and VPN Together?

The only reason to even use a proxy and VPN together would be to hide your IP address from your VPN provider. This is pretty much redundant as long as you use a decent no-logs VPN provider that won't log your traffic. Not to mention that if you don't run your own physical proxy server, the proxy provider will still be able to see your IP.

In the end, the only benefit you get here is that the VPN will hide the proxy's IP address. While that does give you an extra bit of anonymity, there are better ways to achieve it. See the next section for more details.

Are you looking for a way to hide your IP address without the usual slowdowns associated with VPNs? Then we suggest trying one of these top-notch SOCKS5 VPNs instead. SOCKS5 (Socket Secure) is a data routing protocol used by proxy servers that also adds authentication for a bit of extra security.

Don't expect the world-class security offered by VPN encryption, however. Still, if it's the speed you're after (such as when downloading torrents), SOCKS5 is a great option.

How to Use a VPN and Proxy Together

If you really want to use a VPN and a proxy for some reason, the easiest way is the following:

And there you have it. Be aware that some websites (especially Google) might hit you with the "we've detected some unusual activity from your device" warning. Pretty much expected with non-commercial proxies with millions of users, so don't worry too much about it.

Here are some better ways to hide your identity without setting off the suspicious activity alarm bells.

What Are Some Better Alternatives?

Are you in a situation where you need more privacy than what a VPN can offer by default? Then we suggest trying out a double VPN instead. This will allow you to chain two or more VPN servers together for the same effect, on top of adding multiple layers of encryption to the mix.

Alternatively, you can combine Tor and VPN to really ramp up the security. Tor also reroutes your network data through several volunteer-run network nodes (or "relays") worldwide. These relays are randomized every time you open a website in the Tor browser. By using a VPN on top of that, the first relay in the chain will see your VPN server's IP address instead of yours.

Must Read: How to Combine VPNs, Tor & Virtual Machines

As such, there's virtually no chance of anyone tracing the initial website request back to you. Well, unless your VPN provider is severely compromised. That's why we only suggest using the best VPNs on the market right now (ExpressVPN and the like) and steering clear of free VPNs.

Keep in mind that both of these options will have a severe impact on your Internet speeds. Then again, chaining a proxy and a VPN together would slow down your connection as well. Moreover, speed probably isn't your concern if your threat model requires such drastic measures to preserve your anonymity.