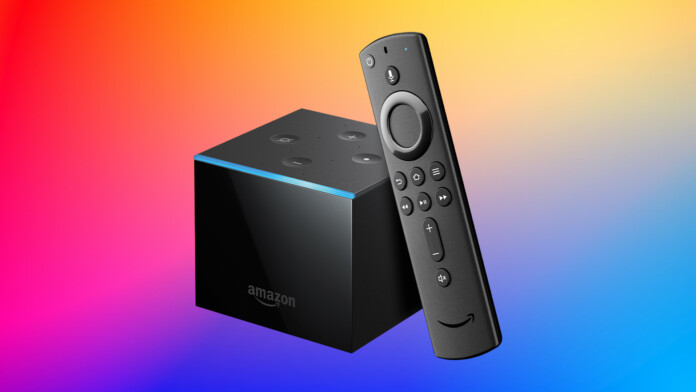 Despite its high-end specs and plenty of unique features, Amazon’s Fire TV Cube still struggles for its space in the Fire TV-branded family of products. And yes, we’re talking about the Fire TV Stick and Fire TV Stick 4K, both of which are hugely popular. Nonetheless, as you're about to see in this Fire TV Cube review, Amazon offers something truly special for more advanced users who are after something unique.

So, let’s start our review of the Fire TV Cube by introducing you to the device. Just below, you’ll find the device’s technical specs, so take a quick look.

Of course, we understand that some of you are in a rush. If that's the case, check the following table, where you'll find our "post review" findings.

And now, if you're willing to learn all there's to know about the Fire TV Cube, make sure to join us. We promise that you'll find answers to any questions you might have!

As always, we’ll start our review of the Fire TV Cube by checking its hardware and design. We’ll then talk about its installation, performance, available content, and more.

Overall, the Fire TV Cube comes with an unassuming design, which should blend well with the rest of your home entertainment system. Our Score: 10/10

As its name gives a hint, the Fire TV Cube is – a black cube made of plastic. It's worth noting that we're talking about the second-generation Fire TV Cube in this article, initially released in 2019. The first version came out in 2017, containing the same overall design but less powerful internals.

The Cube's top side is reserved for four buttons, letting you mute, raise, or lower the volume, as well as summon Alexa. That last button is a bit unnecessary, as the central premise of the Cube is its hands-free interaction, which we'll explain in just a bit.

You'll find an LED bar on the front side of the device, with a small yet prominent Amazon logo at the bottom portion. And when it comes to the backside, that's where you'll find an HDMI port, micro-USB, an IR extender, and a power connector. What's interesting is that we're talking about HDMI CEC here, letting the Cube control your TV and other devices.

The Fire TV Cube comes without an HDMI cable, which is a bit unusual considering its price. So, to take full advantage of the device, make sure to get a capable HDMI cable (capable enough for 4K/60fps). We recommend getting this HDMI 2.0 braided cable, which comes as one of the most popular options on Amazon right now.

The Fire TV Cube has the power to control other devices, which complicates the initial setup. So, be prepared to spend some time making sure your Fire TV Cube works correctly and as intended. Our Score: 7/10

Then, the second step would be to position the media streaming device, which is a bit tricky. The Fire TV Cube must not be too close to your TV's speakers or soundbar, but it still needs to be within line of sight for your soundbar, AVR, and TV. That's because the device uses a multi-directional infrared blaster or HDMI CEC to control other devices.

And finally, the third step would be to set up the device’s software. Once you power it on and pair it with your remote, you’ll need to log in to your Amazon account, choose which services you’ll use, register your voice, and plenty more. This initial setup isn’t the quickest, so prepare to spend a bit of time setting everything up.

Fire OS has just received a significant update, overhauling and improving its interface. The only downside is Amazon's overly aggressive marketing strategy, creating a visual clutter across every content category. Our Score: 8/10

Amazon recently surprised Fire TV users with a major update, bringing plenty of improvements across Fire OS. Most importantly, the recently published update brought a visual overhaul to Fire OS, now available to all Fire TV Cube generations. With that said, your Cube should come with this new interface built-in since you're required to update it during the initial setup.

Unlike before, the most significant focus of Fire OS is now its main menu, spread across your TV screen. You'll use it to switch between content categories like 'Home,' 'Find,' and 'Live,' The main menu can also host up to six of your most-used apps, letting you access their content simply by hovering over their icons.

Of course, it should be noted that the Fire TV Cube is a hands-free device primarily, even though you can always use the remote that you'll get in the box. Unlike other Fire TV devices, this one lets you switch to any type of content, change the volume, control your TV, control your home smart, and get Web search results – without ever having to use the remote.

With that said, know that Fire TV Cube's interface seems optimized for any type of use. Whether you decide to use the remote or rely on your voice only, Fire OS will answer your needs. The only downside is that Amazon still pushes its Prime-branded shows, quite often in a very aggressive manner.

The Fire TV Cube comes with the second-generation Alexa Voice Remote, which also includes volume controls. However, let's not forget that the device's main mission is to let you issue hands-free voice commands. Our Score: 9/10

As mentioned throughout this article, the Cube comes with hands-on input. However, you’ll receive the second-generation Alexa Voice Remote in the box. Unlike its predecessor, that remote comes with volume buttons, letting you control compatible TVs as well.

Aside from controlling the volume, you'll also find buttons that let you navigate Fire OS, issue Alexa voice commands (which is unnecessary in this case), and control your media. The remote can be a bit overwhelming at first, but you'll see that every button has its place. So, a bit of time is needed to adjust, but we have no major remarks.

If you’re keen on having the latest Alexa remote, know that you can upgrade your experience. We’re talking about the third-generation Alexa Voice Remote, which retails for $29.99 and is compatible with a wide range of Fire TV devices.

In terms of the available content and apps, the Fire TV Cube offers unlimited possibilities. So, no matter if you’re a subscriber to mainstream or niche streaming services, you’ll find them here. Our Score: 10/10

As a result of its global popularity, Fire OS now offers pretty much any streaming app available. We're talking about both free and premium-priced streaming services, letting you watch movies and TV shows on-demand, as well as live TV channels.

Some of the most popular premium services on Fire OS are Prime Video, Netflix, Hulu, Disney Plus, HBO Max, and Apple TV Plus. Of course, you can also expect to find freshly released streaming apps as well, such as Paramount Plus, Discovery Plus, and more.

And lastly, let’s not forget that the Amazon App Store offers other types of apps as well. You’ll get to count on Web browsers, games, and VPN apps. Thanks to that, the possibilities you get with your Fire TV Cube are endless. To learn more about that, here’s how to install ExpressVPN and NordVPN on your Fire OS device.

The Fire TV Cube is the most powerful streaming device made by Amazon. It comes with powerful internals and supports a whole range of modern audio and video technologies. Our Score: 10/10

Finally, we've come to the segment of our Fire TV Cube review that explains the device's biggest benefits. And yes, we're talking about Cube's media streaming performance. With that said, know that the device supports up to 4K video resolution, in addition to HDR, HDR 10, HDR 10+, HLG, Dolby Digital Plus, and Dolby Vision. And on the audio front, it supports Dolby Atmos, 7.1 surround sound, and HDMI audio pass-through up to 5.1.

All of that is powered by Cube's Hexa-core processor. More precisely, it comes with a quad-core setup that works at 2.2Ghz alongside a dual-core setup at 1.9Ghz. This is a significant step forward when comparing the device with other Fire TV streamers. With that said, the only limiting factor is the device's RAM, as you'll only get 2GB. And in terms of its storage, you get 16GB (a little less than that, as Fire OS takes some space).

To take full advantage of the Fire TV Cube, you need to have a newer 4K TV. And of course, this is a highly suitable device for controlling your audio system as well. So, we guess that more advanced users will be inclined to get this Fire TV device over any other. In that sense, know that you won't make a mistake since this is the most powerful Amazon-made streamer.

Hoes Does the Fire TV Cube Compare to Its Siblings? Which One Should You Pick?

We have to admit that Amazon’s lineup of streaming devices can be confusing. So, we’ll help you make up your mind by comparing the Fire TV Cube with its (less powerful) siblings. To learn more, check out the following table.

As you can see above, the "closest" sibling to the Fire TV Cube would be the Fire TV 4K. Both of those support 4K, Dolby Vision, HDR, and other modern audio/video technologies. However, the Cube is meant to be used hands-free, and it comes with better internals overall. So, if you want truly the best one, you already know which to pick.

Of course, let’s not forget Amazon’s highly affordable streamers, such as the Fire TV Stick and Fire TV Stick Lite. However, we can’t really compare the Fire TV Cube with those, as they’re limited to 'Full HD' only. So, they’re made for casual streamers.

Fire TV Cube Pros & Cons – Here’s What You Need to Keep in Mind!

Let's finalize our Fire TV Cube review by providing you with a summary of the device's benefits and weaknesses. Check below for Cube's most prominent pros and cons.

Do We Recommend Buying the Fire TV Cube?

Yes, we absolutely recommend buying the Fire TV Cube – if you have a powerful home entertainment system that includes a brand-new 4K TV. In that sense, the Cube will elevate your overall experience by letting you access any type of content. Of course, its internal components will make sure that your system's audio and video capabilities are put to good use.

And in case you don’t need all those bells and whistles, you can also go for the Fire TV Stick 4K, which comes priced at only $49.99 (often discounted as well). Still, remember that the Fire TV Cube will last for a very long time as it comes future-proof. So, if you plan on upgrading our home entertainment system, the Cube is a wiser choice.

This is where we conclude our Fire TV Cube review. If you have any questions for us, let us know via the comments section below. And lastly, thank you for reading!