Why Does a VPN Slow Down My Internet Speed? 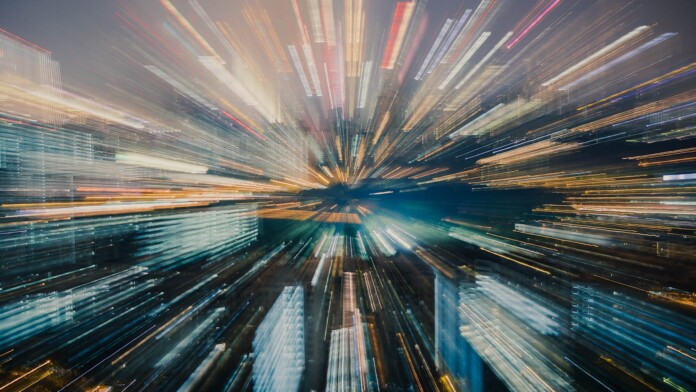 It’s true that VPNs are the best tool to hide your personal data and protect yourself from online threats. And just like with any other type of technology, VPNs come with both pros and cons, and they do influence the speed of your Web connection (which is something you can fine-tune). However, why does exactly a VPN slow down your Internet speed?

Well, it all comes down to what a VPN actually does to your Web traffic – and it does a lot, including rerouting and encrypting your Web data (both of which are resource-hungry tasks). So, let’s take a closer look at why VPNs slow down Internet speed.

Even though VPNs will make your Web connection a bit slower, that shouldn’t be the reason to give up on them. In fact, top-rated VPNs come with minimal throttling, and there's also plenty you can do to speed up a slow VPN.

When you interact with the Internet (without a VPN), your Web data flows from your device directly to its destination and vice versa. So, when you stream Netflix (for example), this streaming service will connect you to its nearest data center, letting you route your Internet traffic efficiently (which is especially important for high-bandwidth tasks, such as video streaming).

However, once you start using a VPN, an additional stop is required – as your Web traffic flows to a VPN server of your choice. As you can see, this introduces a different route for your traffic, making it travel more than without a VPN.

In general, servers can handle a limited number of requests, which is even more prominent with VPN servers. That's the reason why commercial-grade VPN services often highlight the size of their server network, which has become a significant selling point these days, as VPN servers can be a reason why a VPN slows down your Internet speed.

If a VPN has a very limited number of servers, it can support a limited number of users. In other words, if you connect to a server used by many other VPN users at the same time, this will force the server to queue or drop requests. Even after you connect, your Internet speed will drop as a result of introduced latency.

Top-rated VPNs typically offer thousands of servers strategically placed across the world. They provide you with local and remote servers, typically focusing on popular "destinations" such as the United States. To learn more, here are the VPNs with the highest number of servers.

Today, AES-256 (often paired with OpenVPN) is considered the VPN industry’s standard. That type of encryption is incredibly strong, capable of hiding your Internet activities even from your ISP. However, average home users can "downgrade" to AES-128 while still ensuring their sensitive data remains out of anyone's reach.

With that said, before you start connecting to VPN servers, make sure to inspect your VPN client’s settings. That’s where you can fine-tune your VPN’s encryption, pick a different VPN protocol, and optimize other aspects of your connection.

Which is the best VPN for speed? Well, based on our hands-on tests, the best VPN right now is ExpressVPN – if you want an all-in-one VPN that lets you do both regular and high-bandwidth tasks. However, you do have more options at your disposal, as highlighted in our guide to the fastest VPNs available right now.

Those would be the three reasons why a VPN slows down your Internet speed. If you have any questions for us, make sure to post them just below. And finally, thanks for reading!