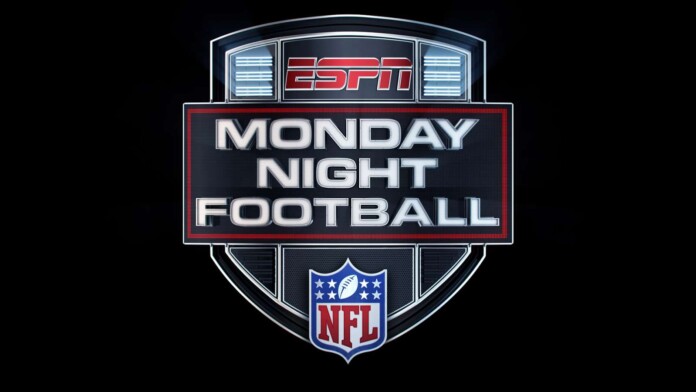 Monday Night Football is a live broadcast of weekly NFL games on ESPN. Before ESPN, the games were broadcast on its sister network ABC for an incredible 35 years, from 1970 to 2005. Now, the games are shown live on ESPN, with ABC still getting some live action for rare special live broadcasts. The important part is that every Monday from early September through the end of the year, you can enjoy watching a football game that can last for several hours.

The regular NFL season kicked off on September 9 and will continue all the way up to January 9. Then, when the dust settles, the playoffs will kick start the new year, with the first game set to take place on January 15. Teams will be looking to battle it out and make it close to the Super Bowl, and the fight will go on until just two teams remain. The Pro Bowl is scheduled to occur on February 6, 2022, and the Super Bowl LVI will take place on February 13, 2022.

But before we get to the Super Bowl, there is a lot of regular-season action to come. Same like Sunday Night and Thursday Night Football, Every week on Mondays, we will see some of the NFL’s most prominent teams and most talented players in action as they aim to make it to the playoffs. For the first time in NFL history, teams are playing 17 games in the regular season, which means there are more games for fans to enjoy and more scintillating and hard-hitting action than ever.

The first game of the 2021 Monday Night Football has already taken place, and it was between the Las Vegas Raiders and the Baltimore Ravens. The Las Vegas Raiders came out on top in that contest after a thrilling overtime win over the Baltimore Ravens. Action is set to continue next week and in the weeks that follow. And below, we have all the information you need on where and how to watch the 2021 Monday Night Football live without cable.

As we have stated above, the 2021 Monday Night Football will be broadcast live in the United States on ESPN for yet another season, and viewers will be able to stream the games live on ESPN’s website and app. Fans tune in from every part of the United States to watch their teams live, so be sure not to miss a single game.

How to Watch Monday Night Football Online From Anywhere?

If you do not live in the United States or are traveling away from the country at the moment, you will probably find that the ESPN Network is geo-blocked if you try to watch Monday Night Football. That is because ESPN only has broadcast rights for the live games in the United States. So those who live in other countries will not be able to watch the games live, but there is a solution to this issue.

In order to bypass this problem, all you need to do is get a VPN subscription that will mask your real location and give you a virtual one. It will make it seem that you are in the United States even when you actually are not, and this will let you bypass the geo-block and watch all the NFL games live on ESPN, including the Monday Night Football games live from anywhere in the world.

We recommend using ExpressVPN because it is considered one of the most reliable and easy-to-use tools. It is used by millions of people worldwide, and its popularity keeps on rising by the day. It offers 3,000+ virtual locations and makes it very easy for you to watch your favorite sporting events live. It also works with almost every streaming service, which cannot be said for most other VPNs.

In order to get an Express VPN subscription (49% OFF), all you need to do is fill out all the necessary and required details, pay the subscription fee, and then download the app. Once you have the app, you can select the United States as your virtual location, and you will be able to get access to ESPN. That will allow you to watch all the Monday Night Football matches live without any restrictions or interruptions.

By getting an ExpressVPN subscription, you also get the option of a 30-day money-back guarantee. It is a great deal, although we are confident that you won’t be needing to use it. However, if you still want to look at some other alternatives to Express VPN, do make sure to check out our list of the best available VPN services.

How to Watch Monday Night Football in the US Without Cable?

For American football fans who live in the United States, you can watch all the Monday Night Football action live by going to the ESPN Network channel or website. They offer great coverage of the games, including pre and post-match shows. Below is our list of some of the most popular streaming services that will allow you to watch the 2021 NFL Monday Night Football Games live in the United States.

First on our list of streaming services is fuboTV, which is quite popular and has millions of users. A large base of its customers is sports fans, and it is no surprise considering the amount of sports channels it offers as part of its packs. You can choose from one of the three available bundles on fuboTV – Starter, Pro, and Elite ($64.99, $69.99, and $79.99, respectively). If you are looking for ESPN, you can find it on all three bundles. To get some more information, make sure to read our fuboTV review here.

Next up, we have another great streaming service in Sling TV, which is becoming increasingly popular thanks to its customization options. It also has three bundles that you can choose from – Orange, Blue, and Orange + Blue. The first two have a subscription fee of $35 per month, while the latter costs $50 per month. ESPN is available on the Orange and the Orange + Blue plans. For more information, do make sure to read our Sling TV review here.

Another excellent alternative that you can choose is Hulu + Live TV. It only has one pack, which is perfect for those who don’t like to pick and choose and put all the work into customizing their channels. Among its offerings are 75+ premium channels, Hulu + Live TV has ESPN on its list and you can get it for a subscription fee of $64.99 monthly. What’s more, you will also get access to Hulu’s original movies, TV shows, and other on-demand content, so you get two platforms with one subscription. Please read our Hulu Live TV review here to get more information on the service.

Another great option is YouTube TV, which has 85+ channels as part of its pack. Its single bundle contains ESPN, so you can watch your favorite NFL stars in action on Monday nights using this streaming service. A subscription to YouTube TV costs $64.99 per month. For more information, do read our YouTube TV review here.

How to Watch Monday Night Football If You’re in Australia, Canada, or the UK?

You can also watch the events live while being in other countries, so let’s what channels broadcast Monday Night Football.

The ESPN-broadcast night of football runs every week with games kicking off at 8:15 pm ET. Below, you’ll find the schedule for all the Monday Night Football games for this season. You can check out the full NFL schedule on their website.

Which Teams and Stars Will Be in the NFL Monday Night Football?

Other star teams that will be playing on Mondays include the Seattle Seahawks and the Las Vegas Raiders, who have two games each on Monday. Be sure not to miss the action!