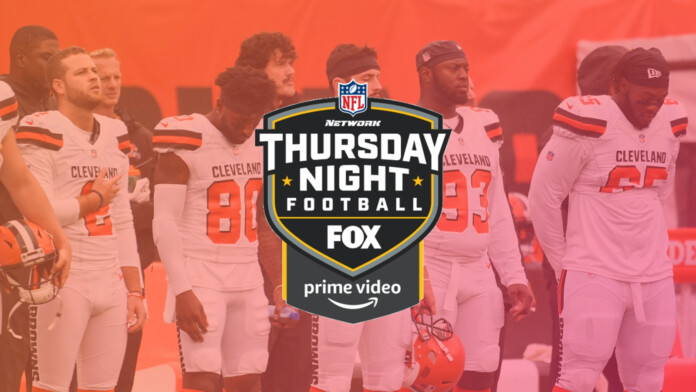 The 2021 NFL season is kicking off, and the excitement is kicking in for American football fans all over the world. The NFL is one of the most popular sports leagues globally, and it is a big part of American tradition. This season promises to be one of the best ones yet, so be sure not to miss any of the action.

The NFL season got underway on September 9, and the regular season will run through up until January 9. That will be followed by the playoffs, culminating with the NFL champion being crowned at Super Bowl LVI on February 13, 2022. This is the 102nd season of the National Football League, and teams will all be playing 17 matches for the first time ever in the competition’s history.

Thursday Night Football is one of the most important and exciting parts of every NFL season. And this year will be no different. Every week on Thursdays, some of the league’s biggest teams will be in action as they look to boost their hopes of qualifying for the playoffs and making it to the Super Bowl. In fact, all the Thursday night games will be broadcast on primetime, starting at 8:20 PM ET.

The first Thursday Night game is also the first game of the season, and it runs between the Washington Football Team and the Dallas Cowboys. Both teams have a rich history and will make for an exciting match-up. Below we have all the information you need on where and how to watch 2021 NFL Thursday Night Football without cable.

Who Has the Thursday Night Football Broadcasting Rights?

The NFL Thursday Night Football broadcasting rights are currently shared by Fox, NFL Network, and Amazon Prime. Certain games are exclusive and others are broadcast on all three networks, making it super easy for everyone to watch their favorite players in action. There are some differences in the first few weeks of the season.

The first three Thursday Night Football games of the season, between the Washington Football Team and the Dallas Cowboys, will be broadcast only by the NFL Network. But most of the games of the following weekends will be broadcast by all three networks simultaneously. This year is the final year for Fox and NFL Network to broadcast the Thursday Night Football games because, from next year on, Amazon Prime will exclusively broadcast all NFL games that fall on Thursdays.

How to Watch Thursday Night Football Online From Anywhere?

If you do not live in the United States or are traveling somewhere else, chances are that you will be met with a geo-block while trying to watch the NFL games because almost all the streaming services have broadcast rights for these games in the USA. To bypass this problem, you will need an alternative solution to watch the Thursday Night Football games live, and that is using a VPN.

Getting an active VPN subscription will allow you to bypass the geo-block and watch all the NFL games, including the Thursday Night Football games, live from anywhere in the world. It will make it seem as if you are actually in the United States, so you can get uninterrupted access to all the games.

We recommend using ExpressVPN, which is one of the most popular and fastest tools available in the world today. Used by millions of people from all over the world, ExpressVPN offers various virtual locations and works with pretty much every streaming service there is. All you have to do to subscribe to ExpressVPN (49% OFF) is go to its website, fill out all the required details, pay the subscription fee, and then download the app. Once you have the app, you can select your desired location and watch your favorite NFL stars in action live on Thursday nights.

When you subscribe, you also get a 30-day money-back guarantee, which is a great option. However, if you want to look at alternative options, check out our reviews of the best available VPN services.

How to Watch Thursday Night Football in the US Without Cable?

It is very easy for all the NFL fans living in the United States to catch all the Thursday Night Football games live. The rise of streaming services means you can watch the games live on the go, no matter where you are – even if you’re working or on vacation. Below is the list of streaming services that broadcast the Thursday Night Football Games live in the United States.

On top of our list of recommendations is fuboTV, which is one of the most popular platforms to watch live sports in the United States. It offers a decent amount of customization, as well as the option to choose from three bundles: Starter, Pro, and Elite, which cost $64.99, $69.99, and $79.99, respectively. The best thing about fuboTV is that both Fox and the NFL Network are part of its offer, so you can watch the Thursday Night Football games live. For more information, read our review here for fuboTV.

Next up, we have Sling TV, which is another popular and fast-rising streaming service with cheaper rates and reliable service. Sling TV comes with three available bundles to choose from – Orange, Blue, and Orange + Blue. Fox and NFL Network are both available in the Blue ($35/month) and Orange + Blue ($50/month) bundles, and each of these comes with different extra perks. To find out all the details, read our Sling TV review here.

We also have Hulu + Live TV on our list, which includes 75+ premium channels as part of its plan. It doesn’t have any bundles, but its list of channels includes both Fox and NFL Network, so you can watch all the Thursday Night Football games live from your preferred devices. A Hulu + Live TV subscription costs $64.99 per month and offers Live TV and access to the On-Demand library. For more information on the service, be sure to read our Hulu + Live TV review here.

Also part of the list of options is YouTube TV. It has 85+ channels on offer, including Fox, so you can watch your favorite NFL stars in action live on this streaming service. It costs $64.99 per month to get a YouTube TV subscription, and you get a few pretty sweet perks for the money. Check out our review for YouTube TV for more details.

How to Watch Thursday Night Football If You Live in Canada, Australia, or the United Kingdom

The schedule for the whole NFL season is quite extensive and well-drawn out in advance, considering how many games each team has to play, but when looking only at the Thursday Night games, it becomes a little less complicated and more streamlined. Check out the schedule and take a look at when your favorite teams will be in action. If you want to check out the full schedule, you can do that here.

Which Teams and Stars Will Be in the NFL Thursday Night Football?

Some of the NFL’s biggest teams and stars will be in action on Thursday Night Football this season. Leading the way are obviously last season’s Super Bowl winners, Tampa Bay Buccaneers. The Tom Brady-led side will go up against the Philadelphia Eagles on October 14.

Also involved will be last season’s runners-up Kansas City Chiefs. They will be in contention to make the Super Bowl once again this season. And with Patrick Mahomes leading the charge, you know their Thursday Night Football clash against the Los Angeles Chargers will be a must-watch.

Among the other big teams in action on Thursday nights are the Seattle Seahawks, who will face the Los Angeles Rams. Another very exciting match-up will see the Green Bay Packers take on the Cleveland Browns on Christmas Day.