fuboTV Review 2019: Cut the Cord and Take Your Sports-Watching Online 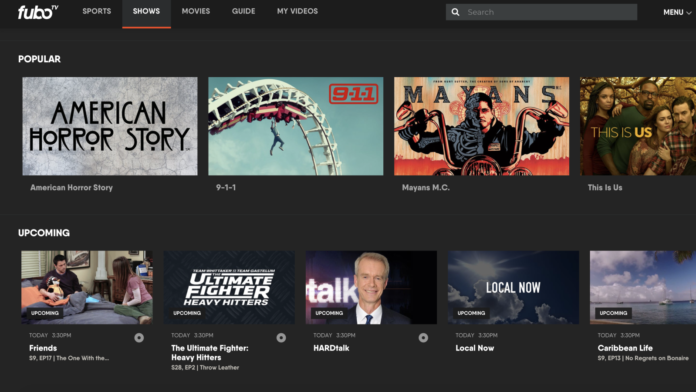 Having to be home to watch your favorite shows seems so counterintuitive in the days of mobile devices, in the days ruled by the Internet, and fuboTV agrees.

As cord cutting becomes more and more common nowadays, competition grows among OTT services, and fuboTV has managed to create a niche of its own by focusing on live sports.

fuboTV has launched three years ago and has managed to attract a fan base. Even though the main attraction of this platform is the hefty sports channel collection it offers, there are plenty of other channels there too.

Much like most other OTT platforms out there, fuboTV only works in the United States. This means that you can travel anywhere across the United States and US territories and still get access to fuboTV. If you have a good VPN, like ExpressVPN, you can spoof your US IP and view the content you pay for even when you’ve flown across the Ocean, traveling the world.

Canadians are also lucky because there’s a special package with a few channels they can subscribe to. 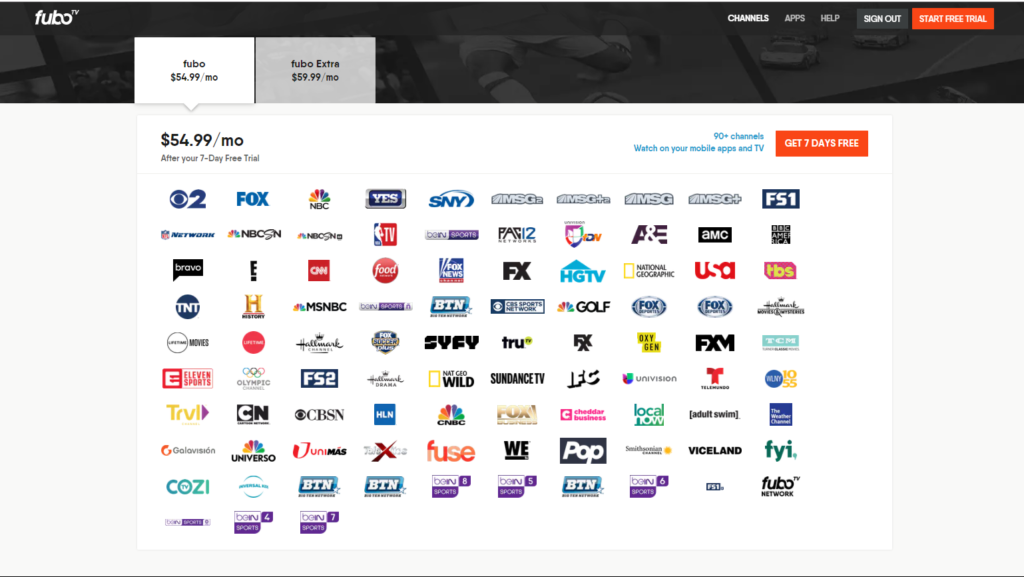 fuboTV offers a few bundles to pick from, but not too many so to drive you crazy trying to pick one. Our score: 9/10

So, fuboTV offers users a few options to pick from, each with a different price tag. Depending on what channels you want to watch and how much you’re willing to spend each month, you can build up a pretty impressive package. 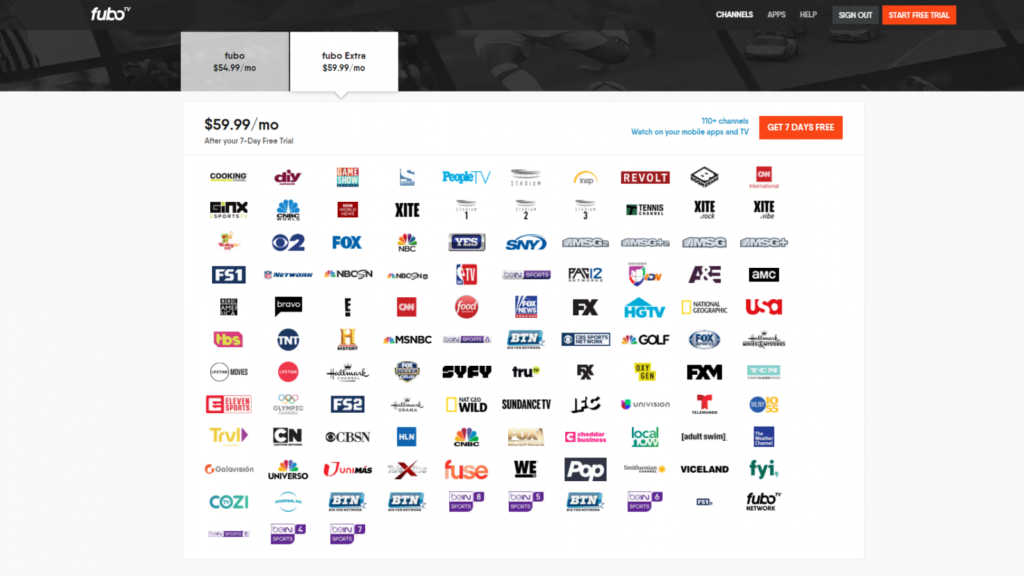 There are also several promo bundles where you can get better prices by packaging up the bundles with extra features. 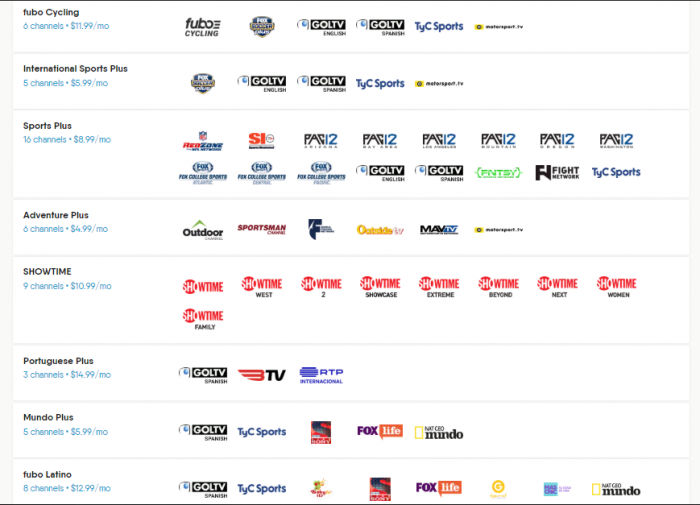 fuboTV comes with some options to customize your experience. Our score: 10/10

The whole point of cutting the cord and going for one of these platforms is the possibility to customize your package so that you watch only the things you really want to without paying for channels you’re not interested in.

International Sports Plus – $5.99 per month extra will get you another 5 channels – Fox Soccer Plus, GolTV English, GolTV Spanish, TyC Sports, and fuboTV Soccer.

Showtime – For $10.99 per month you can get 9 channels in the Showtime collection – Showtime, Showtime – West, 2, Showcase, Extreme, Beyond, Next, Women, Family.

AMC Premiere – For $4.99 per month you’ll get to watch your favorite AMC shows earlier than everyone else.

FX Plus – Another $5.99 per month will also get you access to FX+ without ads, so you’ll get to enjoy a more relaxed experience.

Portuguese Plus – $14.99 per month will get you 3 new channels – GolTV Spanish, Benfica TV, and RTP Internacional.

RAI Italia – $7.99 per month will get you access to this important Italian channel that features a lot of important competitions.

Cloud DVR Plus – $9.99 per month will expand the Cloud DVR space to 500 hours so you can record and save everything you want to watch later.

Family Share – $5.99 per month will allow you to stream on three different devices at the same time so that your whole family can watch whatever it is they like.

NBA League Pass – $28.99 per month gets you to access 30 channels belonging to each team in the league.

fuboTV comes packed with a few features that we’re sure you’ll enjoy. Our score: 8/10

Also included in all packages is the ability to stream on two devices at the same time. This too can be expanded with another device by buying an extra feature called Family Share. 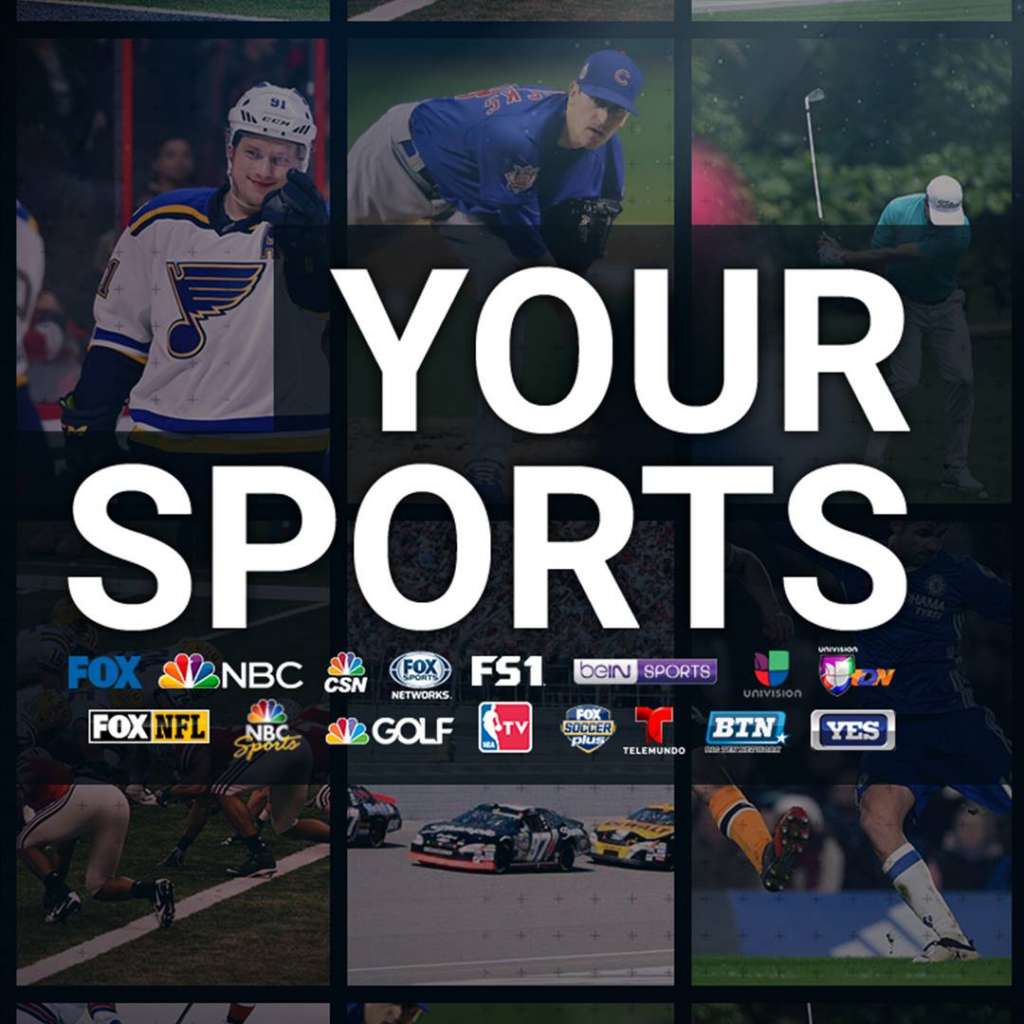 If you’re going to watch TV on your computer, you’ll need a great connection. Our score: 7/10

fubo TV, like any other OTT service, can only give you the streaming quality that the channel itself provides, which is usually 720p HD. But, if you’re actually going to enjoy this video quality, you’re also going to need to have a good Internet connection. There are also several channels that can be watched in 4K HDR Beta, like FS1. Of course, not all events are transmitted at this quality, but many of them are, which is pretty impressive. 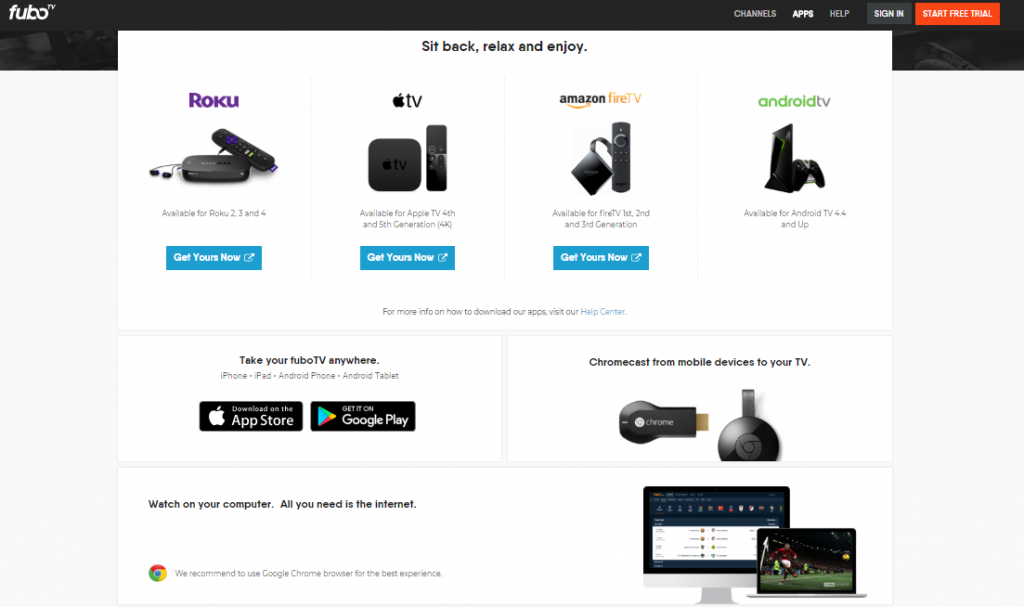 fuboTV allows users to watch content on loads of devices and we’re sure yours is on the list. Our score: 5/10

Switching over to OTT platforms means you should be able to watch TV on any device you want. And that’s pretty much the case with fuboTV, although there are some missing platforms too.

So, you can get fuboTV on Roku, Apple TV, Amazon Fire TV, or Android TV. You can also download apps for iPhone, iPad, Android tablets and smartphones. You can also enjoy the content on your non-smart TV if you have a Chromecast device.

Your computer is also on the list, as long as you use a browser, with fuboTV recommending Google Chrome for the best experience. fuboTV misses support for Xbox of PlayStation. 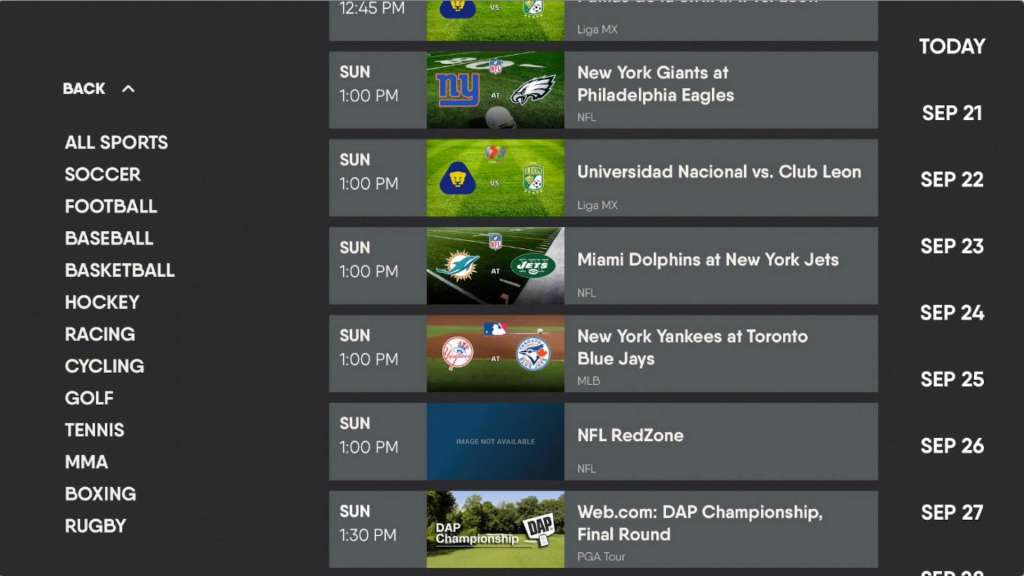 Figuring out how to use fuboTV only takes a few seconds. Our score: 9/10

From the fuboTV main screen, you can check out what’s happening live on the channels included in your package, or check out the schedules for any them.

You can also check out channels by theme, view the most popular content, or enjoy featured videos. Since fuboTV allows users to record even content that had just aired, you would do good to also check the “recently aired” area.

The world is painted in shades of gray as everything has both good and bad sides, and fuboTV is no different. So here’s what we think are its strong and weak points.

We hope we’ve managed to help you get a clearer picture of fuboTV and make a decision about whether or not this is the right platform for you.

Please let us know what you think in the comments section below. Sharing the article on Facebook and Twitter would also be great, so others can find it too.