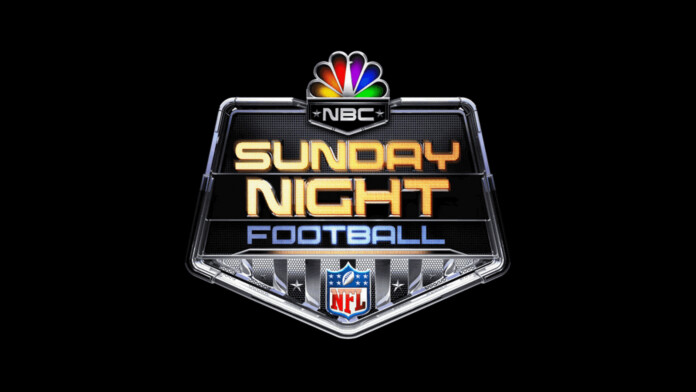 The 2021 NFL season is here, and we can hardly contain our excitement. The opportunity to watch your favorite team in action live is an experience that is incomparable to many others. And that experience becomes even better when your favorite player scores a touchdown leading to an important win. Sunday Night Football is one of the most important staples of the NFL season. And with the games coming up on Sunday nights this season, be sure not to make any other plans.

The weekly broadcasts of NFL games on Sundays kicked off back in 2006, and it has become one of the most popular weekly events in the United States. It has been one of the most-watched programs on US networks over the years. And with this season promising to be a very closely contested one, audience numbers are expected to rise through the roofs.

The regular season of the NFL began on September 09th, and it will continue all the way up to January 09. Then, the playoffs will commence with the best of the best looking to make the journey to the super bowl. The Pro Bowl is programmed for February 6, 2022, and the Super Bowl LVI will take place on February 13, 2022.

Every week on Sundays, the NFL’s biggest and best teams will be in action as they look to boost their chances of qualifying for the post-season. With each team playing 17 games for the first time ever this season, fans will be in store for more thrills, spills, dramatic matches, and touchdowns than ever.

Sunday Night Football will be broadcast on the NBC network for the 15th straight year. So, if you want to watch football on Sundays, you’re going to have to switch to NBC. NBC also has the rights to the Kickoff Game and the Thanksgiving games. And it will also broadcast the Super Bowl LVI at the end of the season. Sunday Night Football has some of the best NFL clashes of the week. So be sure not to miss a single game.

How to Watch Sunday Night Football Online From Anywhere?

If you currently do not live in the United States or are traveling elsewhere, it is more than likely that you will find that the NBC Network is geo-blocked if you try to watch Sunday Night Football. Almost all streaming services that have the broadcast rights to the NFL only have them for the United States. In order to bypass this issue, you will need an alternative solution. Luckily we have you covered.

All you need to do is get an active VPN subscription that will allow you to mask your real location and have the United States set as your virtual location. Doing so will allow you to bypass the geo-block and watch all the NFL games live, including the Sunday Night Football games from anywhere in the world.

We recommend using ExpressVPN, one of the most popular VPN software available in the world today. Recommended by millions of satisfied users, ExpressVPN offers a variety of virtual locations that make sure that you can watch your favorite sporting events live. It also works with pretty much every website and streaming service in the world.

To get an Express VPN subscription (49% OFF), all you need to do is go to its website, fill out all the necessary and required details, pay the subscription fee, and then download the app. After getting the app, you can select the United States as your virtual location, and you will be able to watch all the Sunday Night Football matches live without any interruptions.

When you subscribe to Express VPN, you also get the option of a 30-day money-back guarantee. However, if you want to look at alternative options to Express VPN, be sure to check out our list of the best available VPN services.

How to Watch Thursday Night Football in the US Without Cable?

For fans who live in the United States, you can watch all the Sunday Night Football action live by going to the NBC Network channel or website. They have comprehensive coverage of the games, and that always adds to the quality of the broadcasts.

One of the most popular streaming services used by millions of people to watch live sports in the United States is fuboTV. It offers many customization options and has a wide variety of sporting channels, making it a must-have for sports fans. The best thing about fuboTV is that it has NBC on its list of channels and Fox, NFL Network, CBS, and ESPN. You can choose from one of its three bundles, which are Starter, Pro, and Elite. The bundles cost $64.99, $69.99, and $79.99, respectively. If you want more information on fuboTV, read our review here.

You can also watch the Sunday Night Football games live on Sling TV. It is a fast-rising streaming service that offers a lot of customization options. Like fuboTV, Sling TV also has three available bundles to choose from – Orange, Blue, and Orange + Blue. NBC is available on the Blue and the Orange + Blue plans. To get some more information on Sling TV, do make sure to read our review here.

We also have another great streaming service on our list of options. And that is the very popular Hulu + Live TV. It does not have the option to choose from different bundles. It has one pack that includes an impressive range of 75+ channels. And the subscription fee for Hulu + Live TV is $64.99 per month. You can watch the Sunday Night Games live as Hulu has NBC as part of its channels. Another great advantage is that you will get access to Hulu’s on-demand video library, such as original movies, TV shows, etc. Read our Hulu Live TV review here to get more information on the service.

Another high-quality streaming service that you can use to watch Sunday Night Football is YouTube TV. It only has one bundle, but it offers nearly 100 premium channels to fit almost everyone’s requirements. Among the channels on offer is NBC, and that is all you need to watch NFL football live on Sundays. A subscription to YouTube TV costs $64.99 per month. For more information, read our YouTube TV review here.

How to Watch Sunday Night Football if You’re in Australia, Canada, or the UK?

Which Teams and Stars Will Be in the NFL Sunday Night Football?

Sunday Night Football is one of the NFL’s most-watched events. Fans can look forward to watching defending champions Tampa Bay Buccaneers in action on Sunday nights, led by veteran star Tom Brady. So the biggest teams with the biggest fan bases and stars get the preference.

Last season’s runners-up Kansas City Chiefs, will be aiming to make it to the Super Bowl again this season. Star quarterback Patrick Mahomes will be one of the biggest attractions of Sunday Night Football once again this season.