Hulu Live TV Review – Is Hulu Finally Good Enough For You to Cut the Cord? 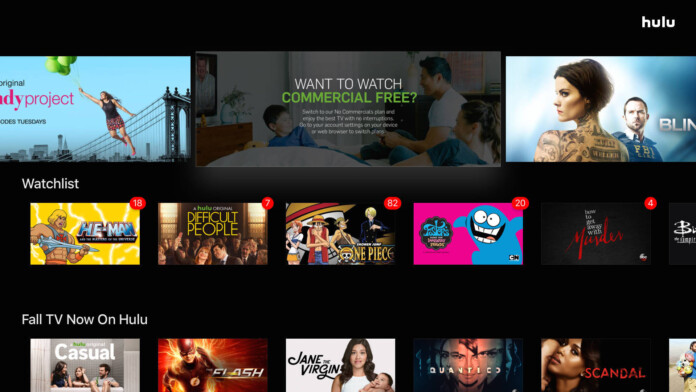 Cord-cutting is the best solution for millions of people who would rather bring their TV-watching to the digital age, and Hulu is here to help out everyone. On top of the on-demand videos you can watch on Hulu (including award-winning original programming), you can also enjoy loads of TV channels.

While the video-on-demand service has been around for about a decade, in May 2017 the company also launched its live television streaming service, which puts it on our cord-cutting options list. So, how usable is Hulu's live TV platform? Is it good enough to abandon your cable operator and enter a new era of media streaming? Let's take a closer look.

If you continue reading, you'll get to dive into Hulu's capabilities and its current offer. Just like in every review we publish here on TechNadu, you will find plenty of on-point information that'll help you to decide whether the service is worth your money. So, let's take a close look. 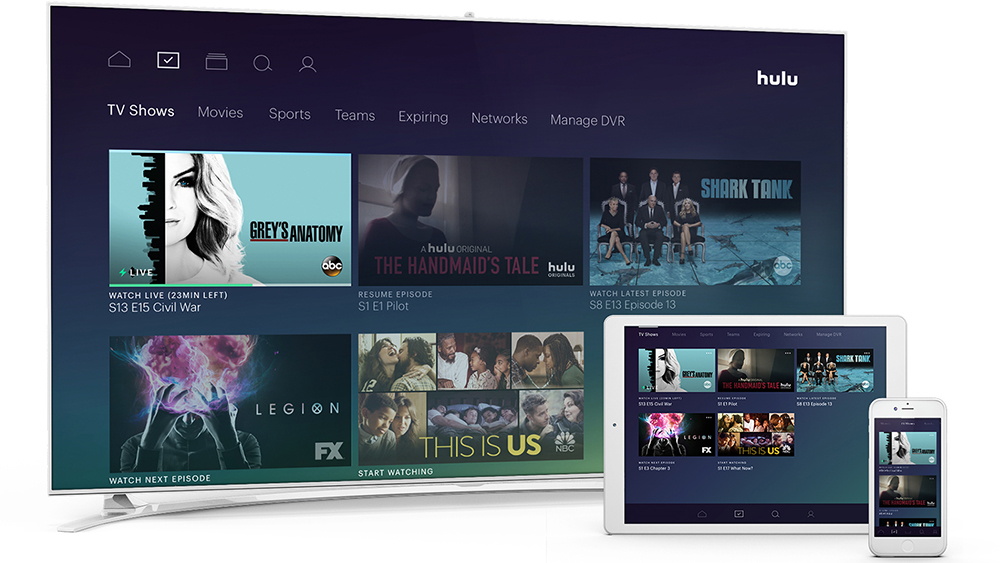 Hulu is only available in two markets - the United States, and Japan, although the US version is the most popular and the one we're going to discuss today.

While traveling the world, you could still have access to Hulu via VPNs, but you'd have to be careful because the company has a special system to figure out if you're using one and few manage to avoid detection. The rule of thumb is to get a premium VPN like ExpressVPN and to check beforehand if they have servers that work with Hulu and other similar services. 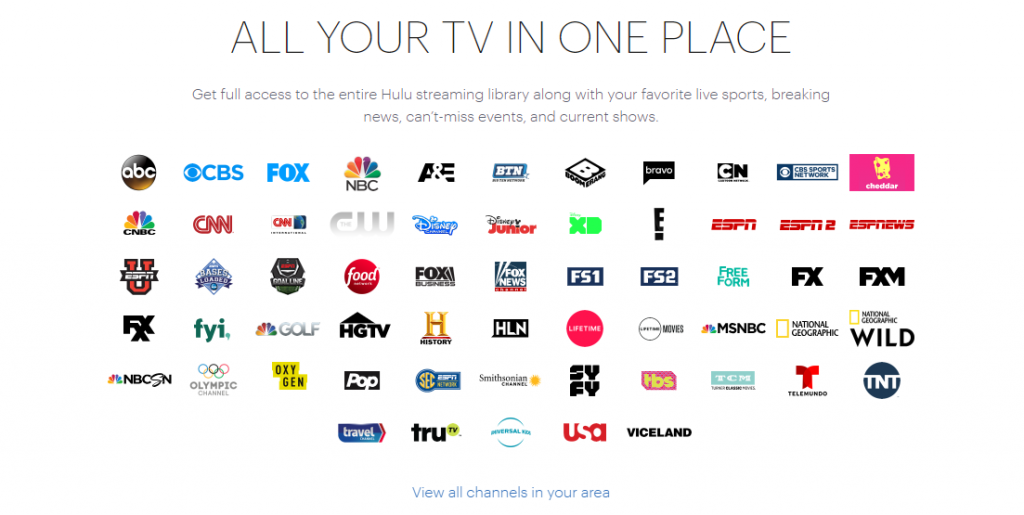 Hulu offers not only on-demand TV series, movies, and documentaries, but also TV channels that you can watch live. The selection isn't too great, though. Our Score: 4/10

Being a quite a versatile tool, offering an all-in-one service where you get to also watch cool content whenever you want, as well as live TV when the mood strikes. So, to get started with this service, Hulu has three plans you can purchase. The first two offer strict access to TV series and movies and other types of content, while the third is the one that offers Live TV. Essentially, when it comes to cord-cutting, Hulu has a single plan.

Hulu allows users to add in some extra channels if they so desire. This will cost you more - but it's good to know that the option is there. Our Score: 8/10

Those who want more out of their Hulu experience may have noticed that some important channels are missing. These channels fall into the "premium" pool and always require additional payments to be made. On the other hand, what Hulu is missing compared to other OTT platforms out there is the possibility to add channel bundles to expand the number well beyond the 50 or so currently offered. So here's what you can do to customize your Hulu.

Hulu offers some important features that will certainly come in handy, with its Cloud DVR leading the pack. Our Score: 7/10

The regular Hulu package only offers users the possibility to check out the streaming library, but the package that also offers access to Live TV is much more impressive.

As we mentioned above, that package comes with 50 hours of Cloud DVR. That limit can be expanded to 200 hours by buying the aforementioned feature. Since 50 hours can be reached quite easily, investing in it may be a good idea, but in the end, it depends on your watching habits. As mentioned, Hulu with Live TV also allows users to stream content to two different screens at the same time, but you can create the same six profiles that come with the regular Hulu account. 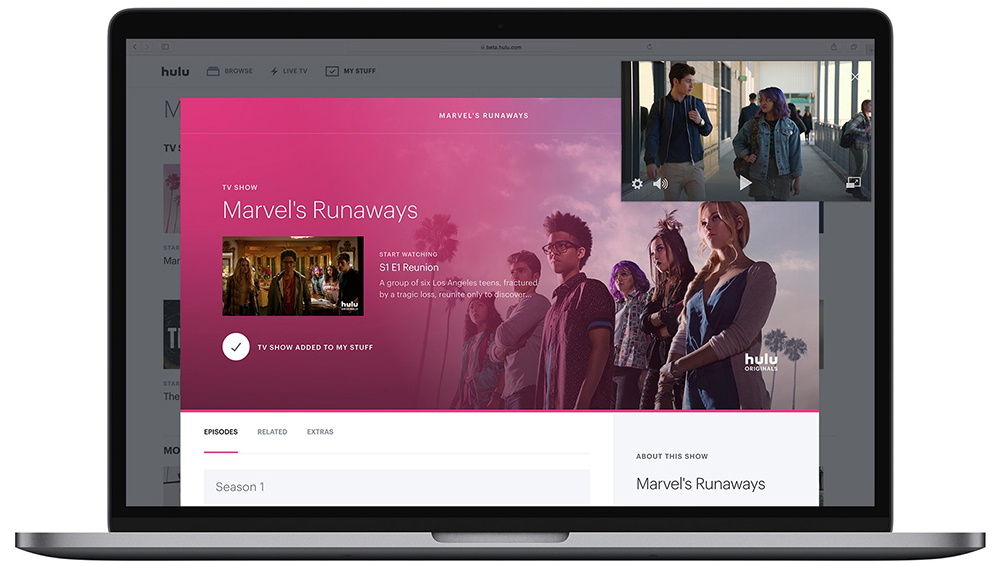 With 720p being the common resolution, Hulu isn't on the edge of today's technical revolution. Still, 1080p is also on offer. Our score: 8/10

According to Hulu, if you plan on watching any content on its on-demand service, you need to have at least a 3 Mbps Internet connection. But since we're talking about cord-cutting here, you're going to need 8 Mbps to live-stream.

On the other hand, Hulu comes with 4K support. So, if you're one of the lucky ones to have such a screen, then you're in for a treat. Live TV, however, won't hit that 4K quality we'd all love so much. In fact, the top number you'll get is 720p HD, but that's not Hulu's fault.

You can watch Hulu on pretty much any device you want, and the same could be said for the company's Live TV service. Our Score: 7/10

When you decide to cut the cord and pick a service like Hulu Live TV, you expect to be able to watch the things you want no matter where you are and on what device. Thankfully, Hulu has an extensive list of apps available.

To start things off, you can watch Hulu on your PC straight from your browser. Then, you can download apps for iOS (iPhone and iPad), Android (phones and tablets), FireTV (Fire TV and Fire TV Stick), Apple TV (4th generation), Roku, Nintendo, Switch, Xbox (One and 360), Chromecast, and select Samsung TV models. The company promises that more devices are coming soon, and that would be great since PlayStation is missing from the list. 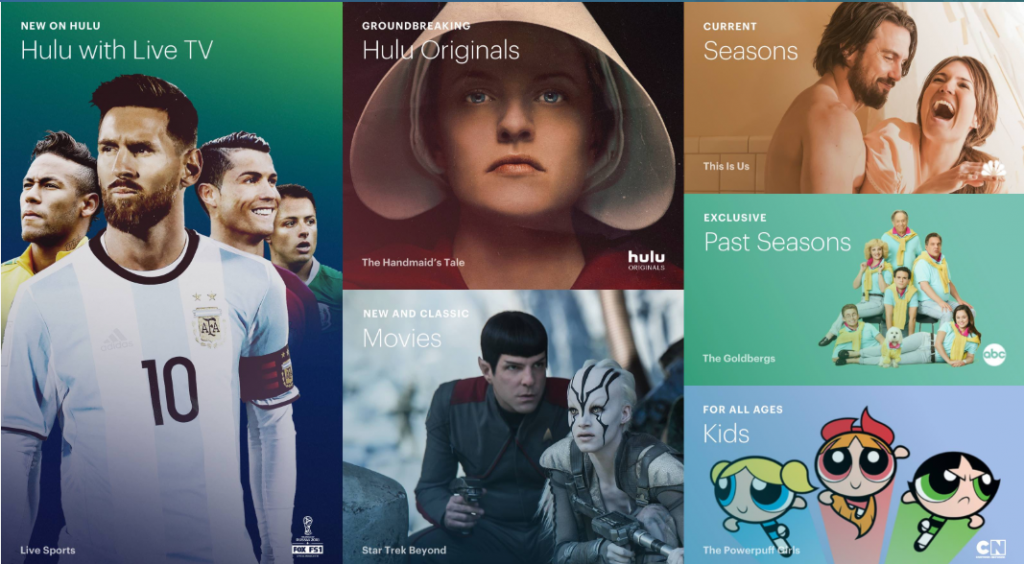 Hulu's interface is pretty basic and easy to figure out. Therefore, cord-cutting beginners should not have a single problem using it. Our Score: 9/10

Hulu's interface is pretty straightforward. You get to pick what type of content to watch from tabs at the top of the page and then go ahead and pick what you want to stream. Whether we're talking about the regular videos or Live TV, you're surely going to easily figure it out. The best part, of course, is the fact that you can also check out the content by genre.

The Good and The Bad

Hulu, like any other service out there, has good and bad parts. While these notions are pretty subjective, we're still going to tell you how we found it.

First, let's take a look at what we liked about Hulu. Here are some of the most interesting features that you're going to love if you sign up:

And, let's also not forget to mention some downsides as well. Here are three things that we didn't like about Hulu.

Hulu makes choosing quite easy as there’s only one bundle, but keep in mind you’d get access not only to live TV, but also the massive video library, so go ahead and subscribe to Hulu.

Overall, Hulu is a great service. If only for the fact that Hulu is originally a video-on-demand service that has now expanded into live TV territory and it's worth a try.