Is It Illegal to Download Torrents? Is Torrenting Safe? Will You Get Caught? 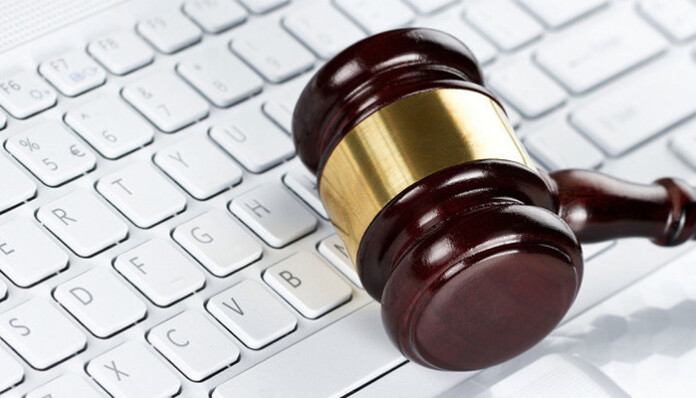 Downloading torrents and taking part in P2P (peer-to-peer) file transfer is often associated with illegal activities. Even though torrenting does have a bad reputation, there are numerous misconceptions surrounding it. Therefore, we understand that many of you are concerned. You might be asking is it illegal to download torrents? Is torrenting safe, and will you get caught? This article will try to provide answers to all your questions.

Disclaimer: TechNadu does not condone illegal file sharing or copyright infringement. Even though P2P file sharing technology is legal, many of the files exchanged via P2P are indeed copyrighted. Uploading these copyrighted files can put you at risk of a civil lawsuit. While these lawsuits are often class-action cases, some have been targeted at individual users in an attempt to make an example of them.

Many of you will be surprised to know that your Internet browsing is fully visible by ISPs (Internet Service Providers). These companies have the power to collect your personal data and hand it over to third parties. Therefore, it’s imperative to keep your data protected and inaccessible to anyone who tries to collect it. This is especially important if you plan on downloading and sharing torrent files. 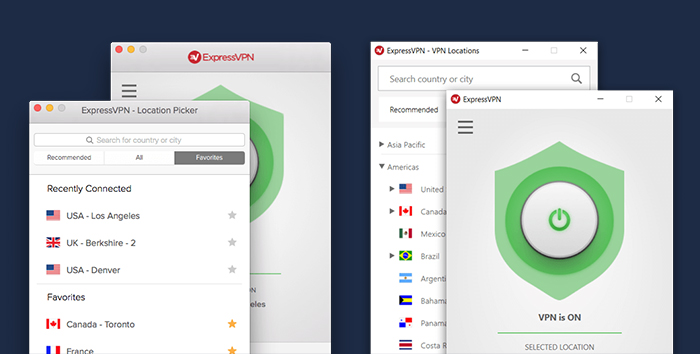 TechNadu strongly recommends using ExpressVPN to encrypt your Internet connection, change your IP, and make your device impenetrable to malware. This particular VPN software scored the highest in our tests, which can be seen in our ExpressVPN review. Use the provided link to read all you need to know about this easy to use and highly powerful application.

Make sure to sign-up for ExpressVPN and enjoy the Internet as it should be – open and without any privacy concerns.

To help you to understand potential legal problems surrounding torrent files, we need to take a step back. That’s why we will begin from the core – by explaining what are torrents and potential roles of different participants. Therefore, let’s get started.

What is The BitTorrent Protocol?

The BitTorrent protocol (or simply said – torrenting) is a way of sharing files without a centralized infrastructure. As you probably know, there are different ways to download files on the Web. However, most of these methods involve a server that stores downloadable files. By downloading those files, you copy them to your device. However, the BitTorrent protocol is something else. 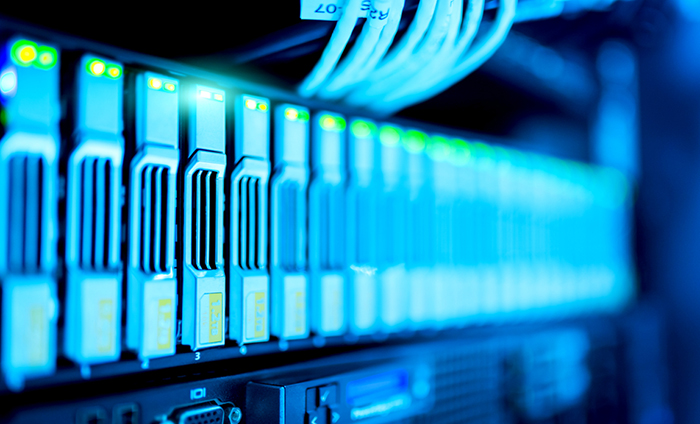 What’s the Deal with Torrent Files?

Torrent files are files that you download from the Web that come with the ‘.torrent’ extension. To download a movie, for example, you need to download that movie’s torrent file and open that file in one of the popular torrent clients. In other words, torrent files are very small in size and they don’t contain the movie you want to download. They simply have the information where to look for that movie – and to take bits of it from the other users’ computers.

As it’s clear by now, torrent files are perfectly safe. For example, let’s say that you have a torrent file of the newest movie that’s still in cinema. Unless you use that torrent file to download the actual movie, you’re staying on the safe side of the law. However, problems arise when you activate that torrent via torrent client and take part in the file sharing process.

Sharing torrent files on the Web has two equally important components. First, there are torrent repositories, and then there are users (seeders and leechers). Let’s take a closer look at the legality of downloading torrents by taking a look at both of these components.

In its core, torrenting is legal and safe. After all, this is just a file transfer protocol. However, what might be illegal are copyrighted files that are being shared via this transfer method. This is where a range of popular torrent websites come into play. Unless you stick to purely legal torrent sites, you will find yourself in a legal grey area. The main role of torrent websites is to act as repositories of torrent files. This means that they collect and organize information – they don’t host any copyrighted material on their servers. As you can imagine, not everyone thinks this way. Several popular websites were under serious legal attacks in the past by content creators and distributors. 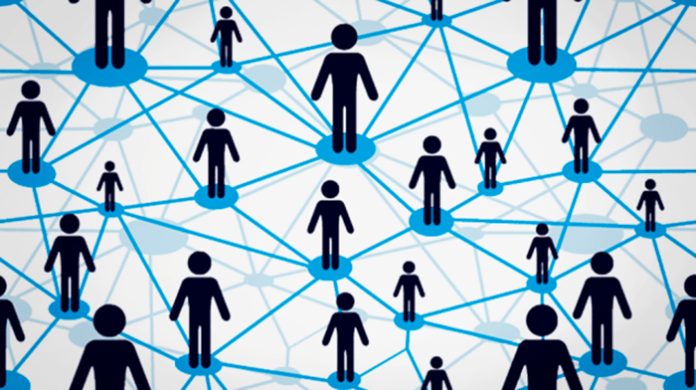 Then, we have torrent users who often take the blame. This is where we have two types of users, and those are seeders and leechers. Legally speaking, these two types of users fall into different categories. While leechers are downloading files intentionally since they want to use them, seeders are distributors. In a very strange way, this is similar to selling drugs. Leechers are those who think of buying illegal drugs, which is a crime but a minor one. However, selling drugs (distribution) is a much more serious offense. In addition, those who create illegal drugs are the head of this problem. This means that a person who leaked and created a torrent of a movie that’s still in cinemas (for example) has to take the biggest blame here.

The Legal Consequences of Torrenting

You are most probably reading this article because you’re afraid of what happens if you’re caught, aside from asking is it illegal to download torrents. In addition, you’ve probably heard about one of two cases from the past. As you know, identifying torrent users isn’t the number one problem for anti-piracy groups. However, since ISPs (Internet Service Providers) can filter your traffic, there is a chance that you might get caught.

In general, prosecution of torrent users is often seen as scare tactics. Instead of pursuing hundreds of torrenters, anti-piracy groups are more willing to focus on a few prominent ones. This happens with hopes that other torrenters will become scared and give up. In general, there are different consequences of torrenting, so keep on reading.

These days, you will hardly receive a letter directly from a major Hollywood movie studio. That’s because this job has been outsourced to small businesses, often called copyright trolls. The primary goal of these businesses is to identify torrent users who illegally download copyrighted content by using IP addresses. Once a torrenter is identified, these companies approach copyright holders. Then, copyright trolls take the job into their hands and approach identified torrent users. 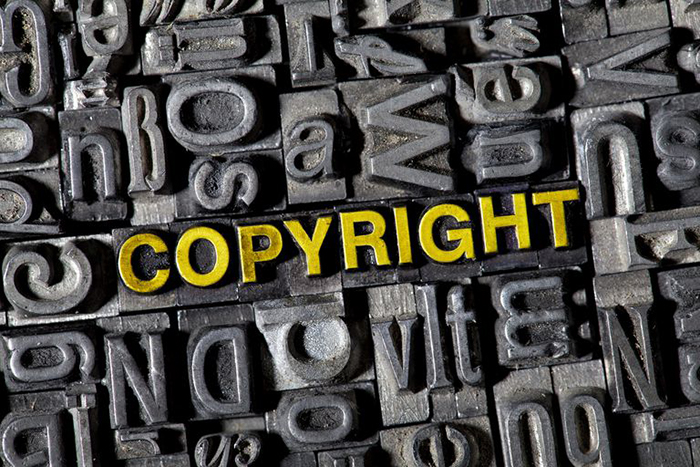 If you’re one of the identified torrent users, copyright trolls will try to contact you by mail, email, or even in person. What they’re doing at this stage is handing out settlement letters. However, you need to know that these letters are not legally binding documents! Instead, these businesses use scare tactics to make you think that you can get away by paying a certain amount. For example, they might threaten to sue you for $100,000 for copyright infringement. Then, they might offer you a chance to pay $2,000 in the settlement. As you can see, those $2,000 all of the sudden sound like a good deal. Instead, you can choose to go to court, which is often too costly and risky for all parties involved.

What If You Receive a Settlement Letter?

The most common way of receiving a settlement letter is by your Internet service provider (ISP). A copyright troll will first discover your IP address. Since they don’t have your name yet, they’ll go through the court system to contact your ISP. That’s why you will receive a legal threat from your ISP and not from a copyright troll.

If you’re contacted by your ISP, this means that the copyright troll doesn’t have your name just yet. In case the settlement letter doesn’t contain any identifying information, you don’t have to do anything. The chances are that your case will be dismissed before your ISP manages to reveal your personal details. You should also know that if you respond to the settlement letter, you might reveal your identity which gives greater power to the copyright troll.

In case you reveal your personal information or if things escalate, it’s recommended to hire a lawyer. Check out a list of attorneys (published by the Electronic Frontier Foundation) that specialize in cases like these.

Possible Actions by Your ISP

You should also know that your ISP might take certain actions to discourage you from downloading torrent files. For example, these companies have the power to throttle your Internet connection. In addition, some ISPs might work with copyright trolls and offer your personal information in a timely manner. After all, torrenting usually takes a lot of bandwidth which costs ISPs money.

How to Protect Yourself Online

As you can imagine, the safest way to prevent any legal action from happening is to avoid torrenting. However, if you absolutely insist on downloading torrent files, there are certain things you should do to keep yourself protected. 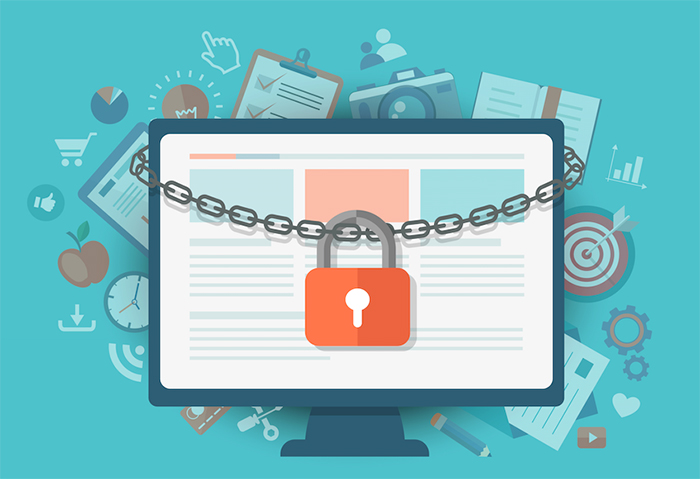 Employ a VPN for Torrenting

At this moment, the most effective way to protect yourself is by using a VPN (Virtual Private Network). These are very simple applications that aren’t only great for torrenting, but also for encryption your connection. Here’s a quick overview of what VPN applications can do:

Finally, you should also know that you need to go for a premium-priced service. Typically priced at around $10 per month, VPNs could be your best ally when downloading torrents. Make sure to check out the best VPNs for torrenting. In case, if you want us to suggest you the one best VPN for torrenting, then we strictly recommend you to use an ExpressVPN.

During the last few years, streaming has been on the rise. In many ways, it managed to replace torrenting. This is mostly because streaming can be done in your Web browser or via specialized applications like Kodi. However, things are much different when it comes to the law.

You are still breaking the law if you stream copyrighted content. However, this depends on your country. For example, the UK has very strict laws that prohibit illegal streaming. In the USA, this is still a grey area and there aren’t any cases of individuals being convicted for piracy after streaming copyrighted content online.

It is also worth noting that laws are usually lenient toward streaming. That’s why anti-piracy groups are focused on those who provide illegal streams since they can be identified. On the other hand, it can be very hard to identify individuals who are using those streams. Thanks to the involvement of third parties, torrenting is associated with IP addresses – which is where legal problems for torrents usually start.

Finally, we think it might be helpful if you know a few tips and tricks. If employed properly, these can do a long way. So, make sure to carefully read the following segment:

Now that we talked about is it illegal to download torrents, we recommend you to check out additional resources. These can expand your knowledge about torrents.

There you have it, folks! We hope that we answered your question about is it illegal to download torrents. If you have any additional doubts, don’t hesitate to post a comment below.

If you think other torrenters might benefit from reading this article, why not share it online? Thanks!