How to Use a VPN on the PS4 Without a PC? – Check This 5-Step Workaround! 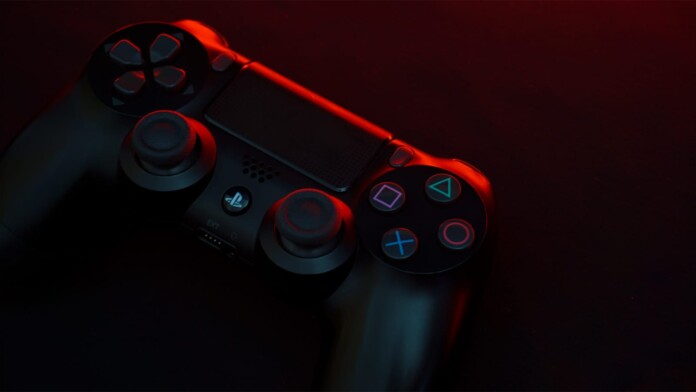 You’re most probably reading this article because you’ve heard of the numerous benefits of gaming over VPNs. And yes, it's true that VPNs help you reach games not available in your area while also improving multiplayer gaming. However, when it comes to gaming consoles, using VPNs requires you to overcome a few obstacles. With that said, we'll show you how to use a VPN on your PS4 without a PC.

Keep on reading to learn about your options when it comes to installing a VPN on your PS4 without a computer. More precisely, we’ll introduce you to VPN routers, which come as the answer in this case. Here’s all you need to know.

If you don’t have a computer that lets you share a VPN connection, the only way to get a VPN on your PS4 is via a VPN-compatible router.

Keep in mind that gaming consoles (and that applies to the PlayStation 4, of course) don't support VPN applications. You can't even add VPN connections manually, which is possible on just about any desktop or mobile operating systems like Windows, macOS, Android, and iOS.

So, since you can’t install and run a VPN natively, your only option is to protect the source of your Web connection. In other words, by running a VPN on your router, any device connected to their router (both via wired and wireless connections) will be protected by your chosen VPN.

Don’t forget that VPNs can be installed only on VPN-compatible routers, which come with more powerful internals that accommodate added complexities introduced by VPNs. To learn more, here’s how VPN routers work.

Don’t worry - installing a VPN on a router is relatively easy. Here’s our general guide on how that is done (for more precise information, make sure to use the links provided below).

Step #1: Get Signed Up for a VPN Service

Before you go any deeper, make sure to meet the basic requirements first. That means you need to pick a VPN that offers support for routers. These days, any reputable commercially available VPN comes with that option, but it’s always wise to double-check.

If you need our help, consult our list of the best VPNs available today. We’ve created that guide after having tested more than 60 VPNs hands-on. And if you need more options, you’ll want to check our guide on the best gaming VPN services.

Also, do you already have a VPN router? If not, it’s time to make that purchase as well. We first recommend learning how to choose a VPN router, as there are some important considerations to keep in mind. And then, here are the best VPN routers you can buy today.

Accessing your router’s admin panel gives you access to your router’s settings. That’s how you can, for example, change the name of your Wi-Fi network along with its password. However, that’s also the only way to install a VPN on your router.

There’s only one way to access your router – and that would be by using its IP address. Once you type in your router’s IP into your Web browser’s address bar, you’ll access its log-in screen. Provide your device’s default username and password, and you’ll get to its admin panel.

In general, we recommend doing a Google search based on the exact model of your router. You can find that information on the router itself, typically on a sticker on one of its sides.

Step #3: Decide on Which Firmware to Use

Once you access your router's admin panel, take a look around. Do you see a group of options that let you create a VPN connection? Are there any notes on its compatibility with custom firmware? We're asking that because you need to decide on which firmware to use, as explained below.

Step #4: Set Up a VPN Connection on Your Router

Let’s summarize what we’ve told you to do so far. First, you’ve signed up for a VPN service that supports router configurations. Then, you’ve accessed your VPN’s admin panel to search for VPN-related settings. And just above, we introduced you to different types of firmware, giving you plenty of options if you’re looking for a new router.

So, it all comes down to two equally important things. You need a powerful VPN and an equally powerful router. Once you meet those two requirements, you’re just one step away from using a VPN on your PS4 without a PC.

Your next Web destination should be our guide on installing a VPN on any router. However, if you need more precise steps, you should turn to your VPN’s customer support team. Ask for detailed instructions based on the exact model of your VPN-compatible router.

You've reached the final step of getting ready to use a VPN on your PS4 – without a PC! So, as soon as your VPN connection goes live (from your router), you'll need to connect your PS4 to that network. Most probably, you'll want to do this wirelessly, and here's how.

At the moment, the best VPN for any PlayStation console would be – none other than ExpressVPN. We’re making that recommendation after having tested a huge number of VPNs. So, in terms of its features, performance, as well as its ease of installation and use, you won’t find a better option than ExpressVPN.

As you now know, when it comes to using a VPN on PS4 without a PC – you don't have many options. With that said, know that ExpressVPN is incredibly easy to set up on a HUGE range of routers. You don't need any technical knowledge, and you could be a complete beginner and still not encounter a single issue.

To learn more about what to expect (beyond gaming-related features), turn to our hands-on ExpressVPN review.

To help you get started, we’ve produced plenty of installation guides. So, here’s how to install and use ExpressVPN on DD-WRT, Tomato, ASUS, Linksys, NETGEAR, TP-Link, D-Link, Google WiFi, Xiaomi, Huawei, Netduma, DrayTek, and Sabai routers.

How Else Can I Connect My PS4 to a VPN Service?

At the moment, there are 3 methods of installing a VPN on the PlayStation. And as explained in this guide on how to use a VPN on the PS4 without a PC, one of those methods relies on using a VPN. So, you have other options as well.

You can consider using a custom DNS address, which comes in handy primarily for media streaming. That method doesn’t encrypt your data, so it can’t replace a fully-featured VPN. In other words, if you want to unblock new streaming services, changing your PS4’s DNS server is a handy workaround.

Therefore, in the end, know that you'll always need to rely on an "external" device to get a VPN on your PS4. You can either share your VPN connection from a computer or install your VPN on a router – as explained in this guide.

That would be all on setting up and using a VPN on the PS4 without a PC. If you have any questions, make sure to post them via the comments section below. Thanks for reading!