Will iPhone 13 Have Touch ID or Face ID? 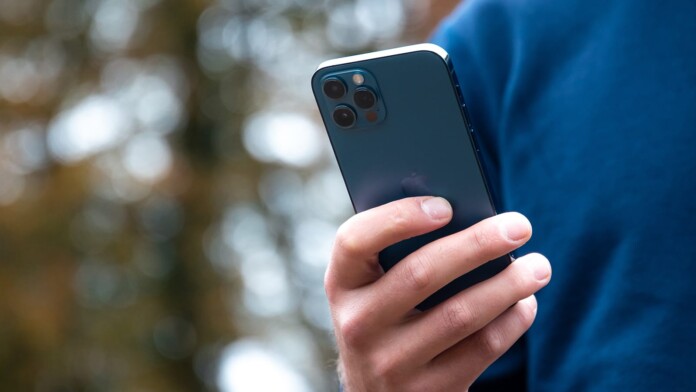 Back in 2017, Apple replaced Touch ID in favor of Face ID technology, advertising it as the future of authentication. However, even though Face ID is highly useful, there are still many iPhone users that miss Touch ID. With that said, you probably wonder if the iPhone 13 will have Touch ID or Face ID. We’re here to help you find out, so let's jump right in!

Being huge fans of Apple products, we’ve been following the development of the iPhone 13 for the last year. So, let’s check the rumors and the latest reports, helping you estimate the chances of the iPhone 13 coming with Touch ID or Face ID.

In case you didn’t know, the unveiling of the iPhone 13 is just around the corner. To learn more about the upcoming Apple September 2021 event (including what devices to expect), make sure to click on the provided link.

In January 2021, reports from credible sources surfaced regarding Apple's plans for Touch ID. More precisely, those reports said that Apple was developing in-display Touch ID, allowing this technology to be built into the display itself.

Additionally, it was said that the fingerprint sensor would be made available alongside Face ID. That would let you pick which of the two technologies you’d like to use. However, keep in mind that in January 2021, Apple was still working on enabling Face ID to unlock your iPhone while wearing a face mask, which is something that Touch ID would have easily managed. It's easy to see why Apple pursued Touch ID again, seeing it as a feature that might ship with the iPhone 13 lineup.

In the meantime, there were no new reports of Touch ID coming to the iPhone 13 lineup. And as you probably know, Apple developed a Face ID-supported option to unlock your iPhone when wearing a mask. From today's perspective, that was perhaps the moment when the Cupertino-based company redirected its focus away from Touch ID, giving up on that technology.

Then, in late August 2021, a new round of Touch ID rumors appeared online regarding the upcoming iPhone 13 lineup. However, those rumors painted a completely different picture than what was reported earlier.

As per the latest rumors, Apple has given up on Touch ID for good – at least when it comes to the company's smartphones (remember that Touch ID is still heavily featured on some iPad models and various Macs). Instead, the current plans are to embed Face ID under the display. Ultimately, that would eliminate the top-placed notch present on today's iPhones.

With that said, it looks like the iPhone SE (2nd-generation) will remain the only iPhone with Touch ID for a while to come. Apple seems to be very confident in its Face ID technology, which is poised to evolve even further.

So, Will the iPhone 13 Lineup Have Touch ID or Face ID (Based on Current Rumors & Reports)?

Based on everything said above, we believe that the iPhone 13 lineup will feature Face ID only. So, you won't find Touch ID on any of the 2021 iPhone generation models.

Still, know that the iPhone 13 is expected to come with numerous other improvements. With that said, you can expect a smaller notch, larger battery capacity, performance improvements, another step forward in the camera department, and bigger-than-even storage. So, there’s plenty to look forward to, after all.

Finally, if you wonder whether you should wait for the iPhone 13 or buy one of the iPhone 12 models, make sure to click on the provided link. We can help you decide by taking a close look at the 5 biggest pros and 5 cons.

So, will you be disappointed if the iPhone 13 lineup comes without Touch ID? Let us know via the comments section below. And finally, thank you for reading!