How to Watch UFC 256: Figueiredo vs. Moreno via PPV Kodi Addons – Everything You Need to Know! 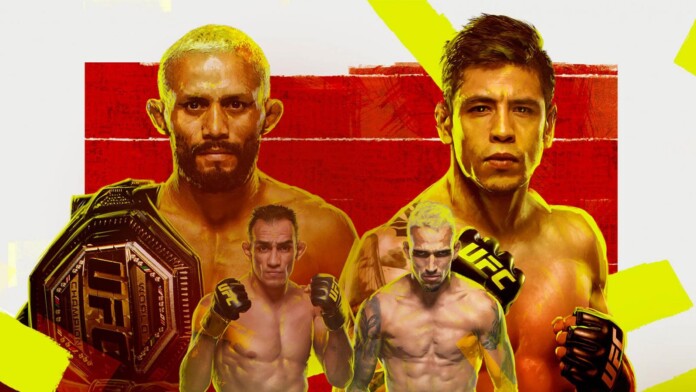 UFC 256's Figueiredo vs. Moreno fight is just around the corner, and we're sure that Kodi users are looking for a way to stream this event. However, PPV events are still a relatively new thing on Kodi, and there's plenty of confusion surrounding those. With that said, we're here to steer you in the best possible direction.

It's true that you can't actually buy standalone PPV events via Kodi. However, you have the next best thing at your disposal. By using streaming services that offer PPV events, you can access those via Kodi. And also, plenty of other types of content is usually on offer as well.

With that said, we'll talk about how to watch the UFC 256: Figueiredo vs. Moreno fight via Kodi, using PPV addons. And also, we'll make sure to recommend the best options you have right now. So, let's get started, shall we?

Here's How to Watch UFC 256 on Kodi via PPV - Step-by-Step Instructions!

We're sure you're eager to learn how to live-stream UFC 256 on Kodi. With that said, we'll first walk you through the required steps, which you'll find just below. However, don't forget to read this entire article, as we've made sure to provide as much useful information as possible.

Which PPV Kodi Addons Will Let You Stream 'UFC 256: Figueiredo vs. Moreno' Live?

As mentioned above, you have two options here. More precisely, you can rely on two Kodi addons: DAZN and Sling. So, here's what each of those options brings.

We're sure that there are many sports fans out there who use Kodi, and this is why we wanted to put DAZN as the first option on our list. And also, DAZN holds the exclusive broadcasting rights to numerous PPV events from all around the world (UFC events included), which is why we strongly recommend checking it out.

You also need to know that DAZN is available in the following countries: the United States, Austria, Germany, Spain, Italy, Switzerland, Japan, Brazil, and Canada. By using a VPN application alongside Kodi, you can watch DAZN from anywhere in the world. And for this purpose, we strongly recommend using ExpressVPN.

DAZN can be found in Kodi’s official repository of addons, which makes its installation as simple as possible. To learn more, here’s how to install addons from Kodi’s repository.

There are several reasons why we recommend using Sling TV - especially for streaming the UFC 256: Figueiredo vs. Moreno fight. First and foremost, this platform allows you to watch ESPN channels. So, it will come in handy if you'd like to watch UFC 256's early prelims and 'regular' prelims (which will be available on ESPN2 and ESPN Deportes).

Once you subscribe to Sling TV, you can proceed to download the Sling addon on Kodi. This is an unofficial addon, but rest assured that it's legal and safe to use. Once you launch it for the first time, you'll be asked for your subscription and log-in information. From there on, you can stream a large number of US-based TV channels.

The Sling addon comes from GitHub, so you won’t find it in Kodi’s repository. To learn how to access this addon, we have a guide on installing Kodi addons from GitHub.

Do You Need a VPN to Stream UFC 256 via Kodi? Why & Which One Should You Use?

Unless you're in a country where DAZN and Sling TV operate - you must use a VPN. That's the only way to unblock those platforms' geo-related restrictions.

A reliable VPN will help you connect to a server in just about any country. Once you do so, your IP address changes, which is how you 'trick' OTT services into thinking you're somewhere else.

This is crucial in two situations - when subscribing to a streaming service not available in your country, as well as when accessing that platform (to stream its content).

In case you'd like to get started with VPNs, we first recommend reading our guide to the best VPNs for Kodi in 2020. You'll also want to know how to set-up ad configure a VPN on Kodi.

You need to pay special attention when choosing a VPN. This is especially important when streaming PPV events via Kodi, as you need a VPN capable enough to unblock any streaming platform.

With that said, our strong recommendation is to use ExpressVPN. Based on our hands-on experience of testing dozens of VPNs, ExpressVPN is the only one that won’t ever let you down.

This VPN unblocks just about any PPV platform (including PPV Kodi addons), lets you stream video files in high resolutions, and also keeps your private data safe and secure.

Our list of the best PPV Kodi addons doesn't stop with DAZN and Sling. We're sure you'll find the following addons to be helpful for streaming other types of sports and sports events.

Here, we have an addon that comes from Canada, called Sportsnet. This is perhaps the most popular sports streaming service in this country, managing to acquire a bunch of exclusive broadcast rights. We're talking about the NHL, NBA, WWE, Bundesliga, NRL, IndyCar, and plenty more.

As such, Sportsnet caters to a broad range of sports fans. And the best thing is - all of this content is available at a low-priced monthly subscription (starts at $9.99 per month).

Besides, you probably know that streaming sports like football and hockey can be an expensive endeavor if you're not using a cable plan, so having an option like Sportsnet certainly helps. You get premium-quality content at a low price, so what's not to like here?

You've probably heard that UFC events are now exclusively offered by ESPN Plus. Sadly, this streaming platform isn't available on Kodi. This is why we've recommended DAZN as the best PPV Kodi addon. However, if you already have a cable plan that includes ESPN (or if you use a sports streaming service), ESPN 3 is the addon you should try.

Watching PPV events means having to pay to watch a single sports event. However, as soon as that event ends, it will find its place on numerous TV channels and sports streaming sites. So, if the event you want to watch is airing on ESPN, or if one of ESPN channels plans to air a rerun, ESPN 3 is here to help.

Using this addon, you can watch ESPN, ESPN2, ESPNU, ESPNews, ESPN Deportes, SEC, Longhorn, and SECPlus live. There are also two free channels (ESPN3 and ACCExtra) that you can watch without a cable subscription.

Lastly, in case of any questions or doubts, know that we're here to help you. Feel free to post your comment below, and we'll make sure to respond as soon as possible. And of course, enjoy using Kodi!

This year's 49th Annual Daytime Emmy Awards are poised to premiere soon, and we love to tell you that you'll be able...
Read more
Streaming

NBA fans gather around - a new basketball-themed movie is set to premiere soon, this time focusing on the story of the...
Read more
TechNews