How to Watch UFC 256: Figueiredo vs. Moreno on Kodi – List of Kodi Addons, VPNs & Step-by-Step Instructions! 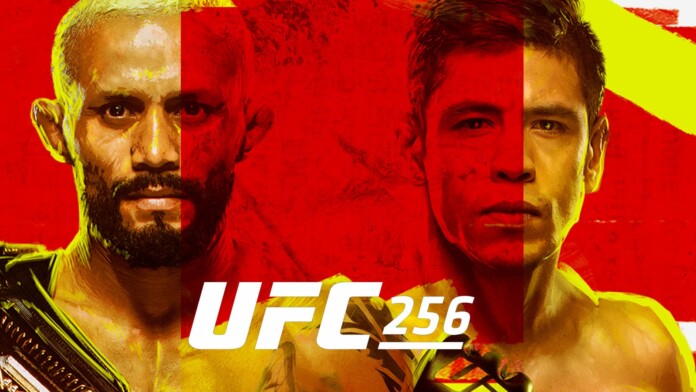 The next major UFC event is just around the corner! We're sure you can't wait to watch those fights, and we're here to help you explain how to watch 'UFC 256: Figueiredo vs. Moreno' on Kodi.

Just like it happens with any high-profile PPV event, you'll need to jump through some hoops to live-stream it outside of their source platforms. However, in terms of streaming UFC 256 on Kodi, we have a couple of (legal and safe) addons at our disposal.

So, let's waste no more time. Here's everything you need to know about streaming the upcoming UFC event on Kodi, explained for our readers from the USA, as well as worldwide.

Here's How to Watch UFC 256: Figueiredo vs. Moreno on Kodi (via a VPN) - Step-by-Step Guide

First, we'll give you an in-depth overview of watching the upcoming UFC event on Kodi. However, make sure to read this entire article to learn more about each of the following steps.

Here's our step-by-step guide on how to watch UFC 256: Figueiredo vs. Moreno via Kodi.

Do You Need a VPN to Stream UFC 256: Figueiredo vs. Moreno? Which One Should You Use?

Using a VPN will give plenty of freedom when watching UFC 256 via Kodi. Let's explain why.

As you can see, you have two options in front of you right now - DAZN and Sling. If you're a Kodi user, those two addons are the only Kodi addons that'll allow you to stream UFC 256. However, they come with geo-restrictions.

While DAZN is available in a group of select countries, the Sling addon relies on Sling TV - available in the United States only. Depending on your location, you'll need to jump over these geo-restrictions, which is where VPN services come into play.

By using a VPN, you'll get to connect to any country's server, and therefore access certain platforms. For example, you can use a US-based server to sign-up for Sling TV and then stream UFC 256 on Kodi by using the Sling addon.

In the same way, you can use a server located in Germany, Italy, or Spain to sign up for DAZN. Then, you use that same server to stream UFC 256's main card via the DAZN Kodi addon.

Make sure to be very careful about which VPN you pick. That’s because in this specific case, you’ll want to access various regional versions of DAZN and Sling TV as well. With that said, know that there aren’t too many VPNs that will meet your needs.

Our strong recommendation would be to sign up for ExpressVPN. This is by far the best VPN for Kodi in 2020. With that said, ExpressVPN is right now the best VPN that’ll allow you to watch 'UFC 256: Figueiredo vs. Moreno' via Kodi.

Where to Watch UFC 256 Online? Which Kodi Addons Should You Use to Stream UFC 256?

In this segment, we'll tell you which broadcasters and streaming services offer UFC 256. And later on, we'll translate that into useful information regarding which Kodi addons you can use.

With that said, we've focused on regions where UFC is hugely popular. So, check out the list of countries and supported services via the following table.

So, Which Kodi Addons Can You Use to Stream UFC 256 Live?

As you can see, our goal here is to cover the following services and TV channels: UFC Fight Pass, ESPN (a range of channels), and DAZN. With that said, know that we have some good news and some bad news as well.

The good news is that Kodi offers add-ons related to DAZN and ESPN. Sadly, there's no Kodi addon that could let you access UFC Fight Pass. So, if you're keen on using that service, your best bet is to access it via its website or a dedicated app.

We recommend using two Kodi addons to stream UFC 256 live: DAZN and Sling. That way, you're covered when it comes to DAZN (in select countries) and ESPN channels (via Sling TV).

DAZN plans a global in the upcoming months. Until that happens, you’ll want to read about how to watch DAZN from anywhere in the world.

Without any doubt, DAZN is one of the most popular sports streaming services in many countries. If you're in any of this platform's supported countries, know that you'll have a dedicated place for your UFC-related needs. Of course, you can also watch DAZN from anywhere in the world by using a VPN service (check the link above).

It's worth noting that DAZN has been spending plenty of money attracting UFC fights to the platform (in select countries), and we expect this trend to continue in the future. It means that via DAZN, you can watch live UFC events as well as original programmings - like Countdown, The Ultimate Fighter, Road to Octagon, and more.

Sling TV is available in USA only. However, you can access this platform from anywhere in the world by using a capable VPN. Here’s how to watch Sling TV from outside the United States.

Sling TV is a US-based cord-cutting platform. It allows you to access a large number of channels from anywhere in the country for a low monthly fee. More precisely, a plan priced at $30/month lets you access ESPN channels, which comes in handy for watching UFC events.

To access Sling TV on Kodi, you need to use an addon named 'Sling.' This is an unofficial addon - but it's completely safe and legal. To use, you need to have an active Sling TV subscription, so make sure to subscribe first. From there on, watching TV live via Kodi will be a piece of cake.

To make this guide as helpful as possible, we've also provided some quick details on the upcoming UFC event. So, here's what you need to know about UFC 256.

As you can see, UFC 256 will be broadcast from Las Vegas, which somewhat changes when and how you can watch it (due to differences in time zones - based on where you're located). With that said, make sure to pay special attention to the following segment.

If you need in-depth information on how to watch UFC 256 (outside of Kodi as well), make sure to click on the provided link. You’ll be taken to our freshly updated guide, with the latest info.

Here's when the upcoming UFC 256 event starts - in the USA. Of course, you can always use a time zone converter to check when the event takes place, based on your location.

We think you'll agree that UFC 256's undercard doesn't bring any surprises. However, there are a couple of fights that you don't want to miss. So, here's the full fight card for the upcoming event.

And lastly, we're sure you'd like to know more about Figueiredo and Moreno in terms of their record cards. So, check out the following information.

In case of any questions or doubts regarding how to watch 'UFC 256: Figueiredo vs. Moreno' via Kodi, feel free to post your comment below. And of course, why not share this article online? Thanks - and enjoy streaming UFC 256 via Kodi!