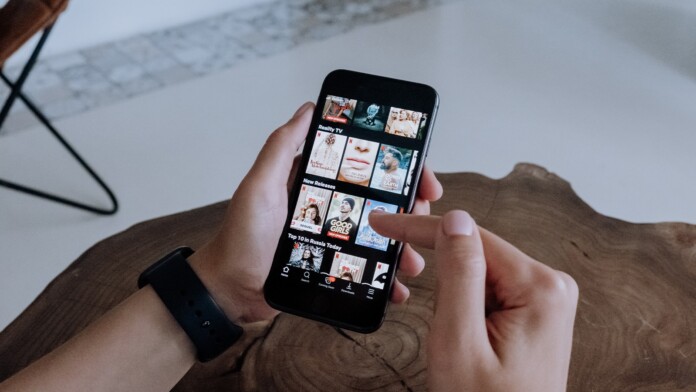 Yes - it’s true that you can share your Netflix account with some from a different country. Still, you’ll often find conflicting information on the Web about this. That's because there's a big discrepancy between Netflix's official documentation (and its 'Terms of Use') and the real-world use of this media streaming service.

So, if you’re wondering whether you can share your Netflix account with someone abroad – know that we’re here to resolve all your doubts. So, let’s answer all your questions!

Netflix has started "verifying" accounts just recently, asking individuals to input a verification code sent to the owner of their account(s). This is yet another example that Netflix is aware of password-sharing practices, which is essential to keep in mind.

Yes – it’s possible to share your Netflix account with an individual in a different country. All you have to do is send your Netflix credentials (your email and password), and that would be it.

The recipient can use those credentials to sign in to Netflix’s website or apps – and they will get to access the streaming service without any issues. You're also free to create individual profiles on Netflix to keep everyone's activity separate. However, you and your friends or family will always use the same credentials to access Netflix.

Netflix allows from one to four simultaneous streams. In fact, there are big differences in how you get to use Netflix, based on the subscription plan you’ve picked when signing up. There are three subscription plans available right now, as you can see just below.

As you can see above, sharing your Netflix account is possible even if you have the Basic plan. However, only one person will get to watch Netflix at once. The Standard plan allows two simultaneous connections, while the Premium plan allows four connections.

No – because Netflix isn't the same across the entire world. Instead, this media streaming service offers country-based libraries influenced by licensing and broadcast rights. That's why there are significant differences between what's available on Netflix in different countries.

Will You Be Charged Extra for Sharing Your Netflix Account?

No – you won’t be charged extra for sharing your Netflix. That’s because even though Netflix knows that you’re sharing your account (by tracking IP addresses), it doesn’t do anything to sanction or prevent that (at least for now).

Therefore, if you're worried about the financial risks of sharing your Netflix account with your friends and family abroad, have no worries. You will be charged as per your chosen Netflix subscription, once per month (with the ability to change your plan at any moment).

No – it’s no illegal to share your Netflix credentials. However, this practice is against the streaming service’s Terms of Use. That document clearly says that you shouldn't reveal your password to anyone, as well as that you're in charge of maintaining control over any Netflix-ready devices used to access the streaming service.

Besides, Netflix's 'Terms of Use' document also says something that can be worrying. More precisely, Netflix reserves the right to terminate your account or place your account on hold "to protect you" from identity theft or other fraudulent activity.

All of the above tells us that Netflix has the means to identify users who share their passwords. And also, it can terminate those accounts. However, is something like that a realistic possibility? Let’s find out.

Can You Get in Trouble? Could Your Netflix Account Be Terminated?

The chances are that you won’t get into trouble for sharing your Netflix account, even if you do that with friends and family across different countries. As of right now, there are no examples of Netflix accounts being terminated for that specific reason, which is a reassuring fact.

We’d also like to note that back in 2016, Netflix’s CEO stated that password-sharing isn’t a problem for the company. More precisely, it was said that when it comes to password-sharing, there’s "no bright line" and that Netflix is "doing fine as is." Of course, things can change overnight, and we can never be 100% sure that password-sharing will always be a possibility.

That would be all on the question of whether you can share your Netflix account with someone in another country. If you have anything to add or ask, make sure to use the comments section below. And lastly, thank you for reading!