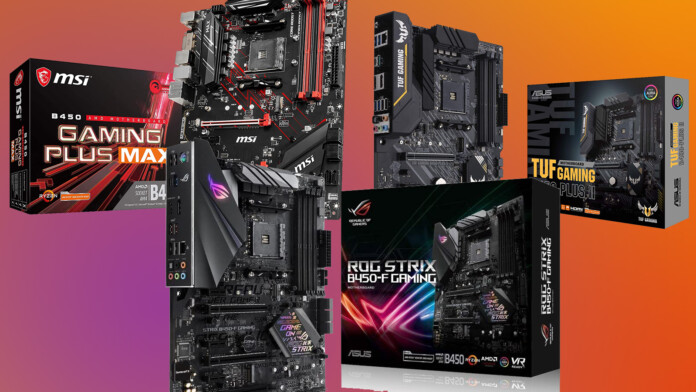 The Ryzen 3000 series may be a bit old right now, especially after the release of the new Zen 3 architecture, but there’s no denying that they can still pull their weight in most cases. On top of that, the CPUs are also much cheaper now that the new generation has been released.

As far as the Ryzen 5 3600X and the 3600XT are concerned, they are technically somewhere in the middle in terms of performance. With that being said, that is only true if you are interested in multi-threaded applications and you need more than 6 cores and 12 threads. For gaming, these processors are still a great choice, even today.

VRM and RAM speed: Since this is technically a fairly high-end motherboard, the VRM configuration is pretty sturdy, not to mention the fact that it is covered in heat sinks. It’s surprisingly easy to do some overclocking as well, provided you have adequate cooling.

The RAM speeds are always a bit weird on Asus motherboards, at least when it comes to the official tech sheet. As such, the maximum frequencies advertised by the manufacturer are 3600MHz in OC mode, which is still pretty good.

PCI-Express and storage: There are three PCI-Express x16 slots available, two of which are reinforced in order to prevent GPU sagging. In addition, there are also three PCI-Express x1 slots, which can be populated with various add-in cards that do not require quite as much bandwidth.

As far as storage is concerned, you can install a maximum of two M.2 drives, as well as make use of up to six SATA ports. However, you should keep in mind that two of the SATA ports will be disabled if you want to use an NVME drive, which can be a bit of an issue if you are relying on them for your SSDs.

Other than that, you also get a PS/2 port, both DisplayPort and HDMI outputs, and a standard 1Gbit Ethernet port. The audio layout is pretty standard as well, with the usual five inputs and one optical output. There is no Wi-Fi module on this board.

Extras: Since this is an ROG product, you can expect quite a bit of RGB lighting on the board, as well as some RGB headers. Speaking of which, there are some additional fan headers as well, although perhaps not as many as we would like to see.

VRM and RAM speed: The Tomahawk series from MSI has always been a fan favorite, especially if you want good VRM and onboard cooling. Even though the Ryzen 5 3600X/XT would also work on the older B450 chipset, there’s nothing wrong with buying the newer version either, especially if you are thinking about upgrading in the near future.

In terms of RAM frequency, you can push your memory kits all the way up to 5100MHz, which is more than anyone would need nowadays. In fact, there are not many kits out there that support these kinds of speeds, and they are certainly too expensive to pair with an old CPU anyway.

PCI-Express and storage: The board features two PCI-Express x16 slots, only one of which is reinforced. That’s obviously not a big deal, especially since SLI and CrossFire and not really in the picture anymore. Two basic x1 slots are available too, just in case you decide to add a NIC or a similar device.

Storage-wise, both of the available M.2 slots feature a metal heat sink as well, which should help with keeping temps under control. Keep in mind the fact that this board also supports PCI-Express Gen 4, which means that your NVME drives can really stretch their legs. Six SATA ports are also available.

One extra goodie is the fact that the Ethernet port supports 2.5Gbit connections, which is very nice to see in this price bracket. There is, however, no Wi-Fi module, so you will have to either stick with a wired connection or purchase a separate Wi-Fi card.

Extras: MSI prioritized performance and cooling over flashiness, which is why this board does not really come with any sparkling extras. There is a tiny bit of RGB lighting, but most of the board is pretty nondescript.

VRM and RAM speed: The B450-PLUS II from Asus rides the edge between budget and mid-tier motherboards, which means that it’s a pretty well-specced board that sacrifices a bit of style in order to provide you with good performance. As such, the VRM power delivery is top-notch, but you can forget about RGB lighting.

In addition, the board also allows you to crank the RAM frequency all the way up to 4400MHz in OC mode, which is more than enough for the Ryzen 5 3600X and the XT. There are also four DIMMs and support for up to 128GB of RAM in dual-channel configuration.

PCI-Express and storage: Two PCI-Express x16 slots are available, one of which is reinforced in order to help sustain the weight of your GPU. Since this uses the B450 chipset, there is no support for PCI-Express Gen 4. Thankfully, most GPUs do not utilize that extra bandwidth anyway, so you are not losing too much in terms of performance.

There are two M.2 slots as well, although they do not feature heat sinks. In truth, NVME heat sinks are not that important for Gen 3 anyway, since they do not draw nearly as much power as Gen 4 drives. The only slight downside is that you are only getting four SATA ports.

Rear I/O layout: The first thing you notice about the rear I/O is that there is no integrated shield, which is to be expected at this price. The USB situation is pretty mediocre as well: four USB 3.2 Gen 1 ports, two USB 2.0 ports, one USB 3.2 Gen 2 port, and one USB 3.2 Gen 2 Type-C port.

The Ethernet port supports speeds of up to 1Gbit, and there are five audio input jacks plus an additional optical output. There is no Wi-Fi or Bluetooth to speak of, but there are two video outputs that may come in handy: HDMI 2.0 and DisplayPort 1.2.

Extras: As you can expect, there are not really that many extras on this board in order to keep the price low. The one goodie you get is the BIOS flashback button on the rear I/O, which may come in handy during a pinch.

MSI B450 GAMING PLUS Max

VRM and RAM speed: MSI managed to include a decent amount of cooling on this low-budget motherboard, especially when it comes to the VRM module. Not only that, but the aesthetics are also quite pleasing, which is not something you can usually expect in this price bracket, especially when RGB is missing from the equation.

However, RAM speeds are through the roof if your memory kit can handle it. According to MSI, the board can reach memory frequencies of up to 4133MHz in OC mode. That’s not too shabby, especially since no one is going to need more than 3600MHz for a Ryzen 5 3600X anyway.

PCI-Express and storage: There are two PCI-Express x16 slots, one of which is reinforced. The good news is that there are also four PCI-Express x1 slots, which means that you can easily expand this board with a variety of other goodies, including high-speed networking.

Unfortunately, there is only one M.2 slot, and there’s no heat sink for it either. It’s also worth pointing out that, while there are six SATA ports on the board, two of them will be disabled if you want to use an M.2 drive at the same time. This can limit your storage options, albeit not by much.

Rear I/O layout: Not many surprises in terms of input and output, but the situation is not that grim either. As far as USB ports are concerned, you get the following: two USB 3.2 Gen 2 ports, two USB 3.2 Gen 1 ports, and two USB 2.0 ports. There is no Type-C port on this motherboard, unfortunately.

There is also no Wi-Fi module, but that’s to be expected. The 1Gbit LAN port should be enough for most people. Two video outputs are present: one HDMI port and one DVI-D port, the latter of which is a bit weird to see in this day and age.

Extras: The only extra on this board is the inclusion of a BIOS flash button on the rear I/O, which allows you to quickly update your BIOS to a newer version. That’s definitely nice to have, but it probably won’t see much use anyway.

VRM and RAM speed: Since this board is designed for people with low budgets, it’s no surprise that there’s basically no VRM cooling at all, which means that the capacitors are exposed. Granted, that doesn’t mean you cannot get the most out of your Ryzen 3600X/XT, but you should probably refrain from any overclocking attempts.

RAM speeds are not that great either, although they can still go up to 3600MHz in OC mode. That should be more than enough to saturate the 3600X, especially since you shouldn’t do any serious overclocking on this board anyway.

PCI-Express and storage: You get two fully-fledged PCI-Express x16 slots, although none of them are reinforced to prevent GPU sagging. Other than that, there is one PCI-Express x1 slot as well, which may come in handy if you want better LAN speeds.

Rear I/O layout: Even though the USB ports are pretty old in terms of tech, the good news is that there’s a fair number of them. Hence, there are four USB 2.0 ports and four USB 3.1 Gen 1 ports. It should also be mentioned that the audio module features only three input jacks, which means that 5.1 or above audio systems are not compatible with this motherboard.

The 1Gbit Ethernet port is nothing too special either, and there is no Wi-Fi or Bluetooth in sight. The only other ports on the rear I/O are the two video outputs in the form of HDMI and DVI-D, as well as a legacy PS/2 port for older mice or keyboards.

Extras: There are really no extras on this motherboard, given its price. In fact, you will struggle to find additional fan headers, so keep that in mind if your case needs a lot of fan connections in order to keep your PC cool.