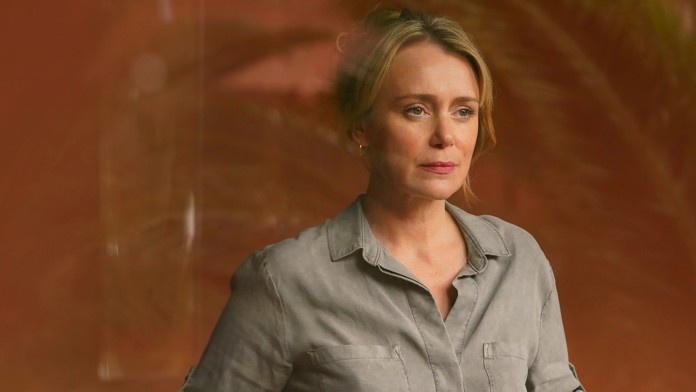 BBC is here with a nail-biting new drama starring Keeley Hawes in the leading role, and we can't wait to watch it online. We have everything you need to know, including the release date, plot, and cast, so keep reading to find out where, when, and how to watch Crossfire online from anywhere.

Crossfire is the story of Jo, a mum whose life is flipped upside down while on a vacation with her family and friends. As she lay sunbathing on her hotel room balcony, she hears gunshots from across the complex. In an instance, vengeful shooters transformed a piece of paradise into a horrific, heartbreaking nightmare. The hotel employees and unwitting tourists are forced to make critical decisions that can mean the difference between life and death in a split second.

Hawes leads the cast as Jo, and she is joined by Josette Simon as Miriam, Vikash Bhai as Chinar Doshi, Noah Leggott as Adam, Anneika Rose as Abhi, Hugo Silva as Mateo, Lee Ingleby as Jason, Daniel Ryan as Ben, Alba Brunet as Bea, and others.

Crossfire premieres on Tuesday, September 20, 2022, on BBC One. You can also stream the 3-part series on the BBC iPlayer.

How to Watch Crossfire Online From Anywhere

If you're in your native country, you can easily watch your favorite shows on live TV or through a streaming service. However, you won't be able to access your library if you're traveling internationally, as you'll face geo-restrictions due to licensing agreements. However, you can sidestep this issue if you use a VPN to watch Crossfire online, as it will change your IP address and make it seem like you're back home.

Would you like to learn more about VPN solutions? We recommend ExpressVPN, which can unblock most streaming platforms like Netflix, Hulu, etc., and has thousands of servers worldwide. This VPN is beginner-friendly and compatible with many devices, such as phones, tablets, computers, routers, etc. With best-in-class encryption protocols, it shields you from security breaches and protects your privacy online. It also offers a money-back guarantee, so you can try ExpressVPN for 30 days RISK-FREE.

You can easily subscribe to ExpressVPN (49% discount and 3 Months FREE) on its website. This is when you can proceed to download the native app for your device or system and log in through a sign-in link sent to your email address or an activation code. Pick a server from your home country when you turn on the VPN, and you'll be able to watch Crossfire online from anywhere.

How to Watch Crossfire in the UK for FREE

If you're in the UK, we have good news for you: You can easily watch the show on the BBC iPlayer for free. The title will be accessible on this streaming platform soon following its BBC One broadcast. You can watch Crossfire on BBC iPlayer free of cost, and you don't even have to create an account.

Some other BBC titles available on this platform include Frozen Planet II, Stuck, Ladhood, All That Glitters, Lion: The Rise and Fall of the Marsh Pride, The Hotel People, Red Rose, My Life As A Rolling Stone, etc.

Due to geo-restrictions on most streaming services, you won't be able to watch the show while you're traveling abroad. However, you may bypass any geo-blocks you encounter by using a reliable VPN. When you activate the VPN, select a UK server to watch Crossfire on the go.

How to Watch Crossfire in the US, Canada, and Australia

The title's release date has not yet been specified for the US or other countries. Additionally, BBC One and BBC iPlayer are only accessible in the UK; however, if you're in the US, Canada, or Australia and still want to watch Crossfire, your best option is to connect to the BBC iPlayer using a trustworthy VPN. For more details, check out how to watch BBC iPlayer outside the UK for free.