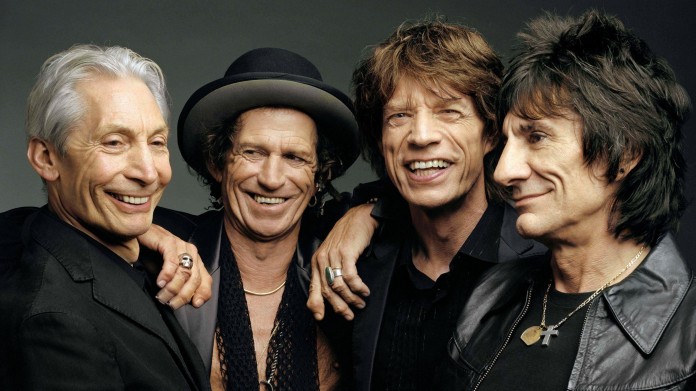 Fans of the English rock band are in for a real treat as the BBC Two is here with a documentary series to celebrate their grand 60th anniversary. We have everything you need to know, so keep reading to find out where, when, and how to watch My Life As A Rolling Stone online from anywhere.

The Rolling Stones are, arguably, the greatest rock-and-roll band in the world. The docuseries explores the inspiration behind the band's music, as well as how they overcame hardships and inner demons to create the music that we have come to know and love. It will feature exclusive interviews with Mick Jagger, Keith Richards, Ronnie Wood, and the late Charlie Watts, in an attempt to explore 60 years of rock and roll history through the lives and music of each member. The 4 hour-long episodes will paint an intimate portrait of these musical geniuses to detail "how The Rolling Stones established the standard for all aspiring rock bands and developed from young, blues-loving aspirants into a recognizable cultural force."

In his interview, Jagger talks about his life as the frontman of The Rolling Stones and his journey from his first performances at local parties to being a global icon; Richards, the lead guitar player, talks about his love and passion for the band, which led them to experiment with various genres, and how playing live shows alone keeps them on the road; guitar legend Wood speaks about his life with rock and roll and how he managed to help the band through hard times; and the story of the "drummer's drummer," Watts, who passed away last year, will be told via archival interviews and his fellow bandmates and other musicians like Jon Bon Jovi, Slash, Sheryl Crow, etc.

My Life As A Rolling Stone premieres on BBC Two and BBC iPlayer on Saturday, July 2, 2022. The Mick Jagger film will air on debut week, followed by a back-to-back broadcast of the Keith Richards and Ronnie Wood episodes, and finally the Charlie Watts episode later in July.

If you're in your native country, you can easily watch your favorite shows on live TV or through a streaming service. However, you won't be able to access your library if you're traveling internationally, as you'll face geo-restrictions due to licensing agreements. However, you can sidestep this issue if you use a VPN to watch My Life As A Rolling Stone online, as it will change your IP address and make it seem like you're back home.

If you want to grab a great deal, go to its website and subscribe to ExpressVPN (49% Discount + 3 Months FREE). After downloading the native app for your device or system, you can log in through a sign-in link sent to your email address or an activation code. Next, choose a server from your home country when you turn on the VPN, and then access a streamer to watch My Life As A Rolling Stone online from anywhere.

The 4-part docuseries will air on BBC Two in the UK, and you can stream it on BBC's streaming platform, BBC iPlayer. The title will be available on this streamer shortly after its premiere on BBC Two. You can watch My Life As A Rolling Stone for free on BBC iPlayer, and you don't even have to create an account to watch it. Some other BBC titles available on this platform include Sherwood, Peaky Blinders, Gentleman Jack, Doctor Who: Legend of the Sea Devils, My Name Is Leon, etc.

If you're traveling abroad, you will not be able to enjoy the documentary because most streaming platforms are geo-restricted. However, you can use a trustworthy VPN to lift any geo-blocks you may face. Pick a UK server when you turn on the VPN, and you'll be able to watch My Life As A Rolling Stone on the go.

How to Watch My Life As A Rolling Stone in the US, Canada, & Australia

We have good news and bad news for you. The good news is that you can watch My Life as a Rolling Stone on Epix in the US, but the bad news is that you'll have to wait till August 7, 2022, to watch it. You can either subscribe to Epix through supported providers like Comcast Xfinity, Cox, DISH, etc., or via Amazon Prime Video channels, Apple TV channels, etc., or on the Epix Now app (available for both Android and iOS). Please note that Epix is currently unavailable in Canada and Australia.

BBC Two and BBC iPlayer are unfortunately unavailable in the US, Canada, and Australia. However, if you don't want to wait till August to watch the show, you can use a reliable and secure VPN to access the BBC iPlayer from your home country. This tool will lift all geo-blocks and change your virtual location by making it seem like you're in the UK. Remember to connect to a UK server when you turn on the VPN and enjoy watching the show as it airs. For more details, you can take a look at how to watch BBC iPlayer outside the UK for free.

My Life As A Rolling Stone Episodes

My Life As A Rolling Stone Trailer