How to Watch Ladhood Season 3 Online From Anywhere 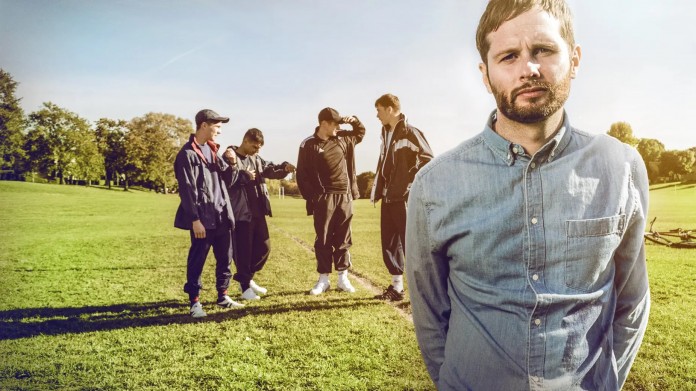 Fans of the coming-of-age series will be a little sad to know that the critically acclaimed comedy will come to an end with its third season, which is going to premiere soon. We have everything you need to know, including the release date, plot, and more, so keep reading to learn where, when, and how to watch Ladhood Season 3 online from anywhere.

Ladhood is a semi-autobiographical comedy from BAFTA-nominated comedian Liam Williams, which explores the origins of contemporary masculinity by delving into the memories of his own unkempt adolescence. In Season 3, we see that toward the end of the sixth form, Liam (Oscar Kennedy) is looking for a place at a prominent university. All he needs to do is ace the interview, perform well on his tests, and avoid becoming distracted by the more interesting escapades that his closest friends Ralph, Addy, and Craggy are up to.

The cast includes Kennedy, Lily Frazer, Andrew Alexander, Oscar Kennedy, Shaun Thomas, and Samuel Bottomley. Speaking about the series conclusion, Williams said, "It’s been a bittersweet privilege to make this final full series of Ladhood with an unimprovable cast and crew and an excellent new director, Ruth Pickett. Thanks to everyone who’s ever watched or contributed to the programme, not least producer Joe Nunnery for whose hard work and dedication I am almost inexpressibly grateful."

Ladhood Season 3 premieres on BBC Three on September 5, 2022, and you can also stream the 6-episode season on the BBC iPlayer.

How to Watch Ladhood Season 3 Online From Anywhere

If you're in your native country, you can easily watch your favorite shows on live TV or through a streaming service. However, you won't be able to access your library if you're traveling internationally, as you'll face geo-restrictions due to licensing agreements. However, you can sidestep this issue if you use a VPN to watch Ladhood Season 3 online, as it will change your IP address and make it seem like you're back home.

You can easily subscribe to ExpressVPN (49% discount and 3 Months FREE) on its website. This is when you can proceed to download the native app for your device or system and log in through a sign-in link sent to your email address or an activation code. Pick a server from your home country when you turn on the VPN, and you'll be able to watch Ladhood Season 3 online from anywhere.

How to Watch Ladhood Season 3 in the UK for FREE

The BBC iPlayer is the best place to view the program for UK residents. The show will be accessible on this streaming platform soon following its BBC Three broadcast. You can watch Season 3 of Ladhood on BBC iPlayer for free without even creating an account.

You can watch other BBC titles on this platform, such as All That Glitters, Lion: The Rise and Fall of the Marsh Pride, The Hotel People, Red Rose, My Life As A Rolling Stone, Freddie Flintoff's Field of Dreams, Peaky Blinders, etc.

Due to geo-restrictions on most streaming services, you won't be able to watch the show while you're traveling. However, you may bypass any geo-blocks you encounter by using a strong VPN. When you activate the VPN, select a UK server to watch Ladhood Season 3 on the go.

How to Watch Ladhood Season 3 in the US Without Cable

You will be able to watch the series on Hulu's on-demand streaming service if you live in the US. The platform provides a tier with advertisements for $6.99 per month and one without for $12.99. You may personalize your selection with add-ons like HBO Max or STARZ, and after subscribing, Hulu offers a 30-day free trial.

If you're visiting another country, you may watch Ladhood Season 3 on the move by disabling geo-restrictions with a reliable VPN. All you have to do to access the streaming site is activate the VPN and select a US server.

How to Watch Ladhood Season 3 in Canada

Canadians will be happy to know that they can find the title on CBC Gem for free. On the other hand, if you want to skip ads and get exclusive access to CBC News Network with Premium. This will cost you $4.99 monthly after a 30-day free trial.

Having a capable VPN will enable you to watch Ladhood Season 3 when you're traveling abroad. When you turn on the VPN, select a Canadian server, and you're good to go.

How to Watch Ladhood Season 3 in Australia

Britbox is where you'll be able to stream Season 3 of Ladhood if you're in Australia. You'll get a free 7-day trial and then pay $8.99 monthly or $89.99 yearly for a subscription to this service.

Since most steamers are geo-blocked because of licensing agreements, you may watch Ladhood Season 3 while traveling overseas by using a good VPN. You may choose an Australian server, activate the VPN, and gain access to the platform for easy viewing.