How to Watch Red Rose Online From Anywhere 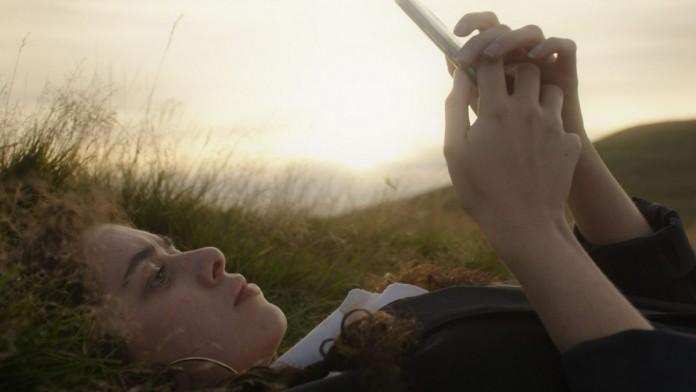 Are you additcted to your phone and social media? This upcoming BBC horror drama will make you think twice about how smartphones, apps, and the internet can affect people's lives in the most terrifying ways. We have everything you need to know, so keep reading to find out where, when, and how to watch Red Rose online from anywhere.

Red Rose is about a a group of childhood friends who hang out on the Bolton moors without a sense of direction or goal after their GCSE exams. A rumor goes around about a sinister Red Rose app that appears on kids' smartphones and forces them to accept challenges that become riskier and riskier as they progress. One of the girls foolishly downloads the app, and in the wake of her actions, she triggers a chain of events that unites the teens into a fight against the invisible forces of what appears to be a supernatural force. Viewers are left questioning: who, or rather, what is Red Rose? In the end, Red Rose is a story about friendship, told through the lens of a classic horror-thriller.

Red Rose premieres on BBC Three on August 15, 2022, and all 8 episodes will be available to stream on the BBC iPlayer after that.

How to Watch Red Rose Online From Anywhere

If you're in your native country, you can easily watch your favorite shows on live TV or through a streaming service. However, you won't be able to access your library if you're traveling internationally, as you'll face geo-restrictions due to licensing agreements. However, you can sidestep this issue if you use a VPN to watch Red Rose online, as it will change your IP address and make it seem like you're back home.

You can easily subscribe to ExpressVPN (49% discount and 3 Months FREE) on its website. This is when you can proceed to download the native app for your device or system and log in through a sign-in link sent to your email address or an activation code. Pick a server from your home country when you turn on the VPN, and you'll be able to watch Red Rose online from anywhere.

How to Watch Red Rose in the UK for FREE

The best way to watch the horror series in the UK is on the BBC iPlayer. The title will be available on this streamer shortly after its premiere on BBC Three. You can watch Red Rose for free on BBC iPlayer, and you don't even have to create an account to watch it. Some other BBC titles available on this platform include My Life As A Rolling Stone, Freddie Flintoff's Field of Dreams, The Hundred, Peaky Blinders, etc.

Due to geo-restrictions on most streaming services, you won't be able to watch the show while you're traveling. However, you may bypass any geo-blocks you encounter by using a reliable VPN. When you activate the VPN, select a UK server to watch Red Rose on the go.

Can I Watch Red Rose in the US, Canada, & Australia

A good VPN will remove geo-restrictions, making it easy for you to watch Red Rose while traveling abroad. Just select a server from your home country when you turn on the VPN, and you're good to go.