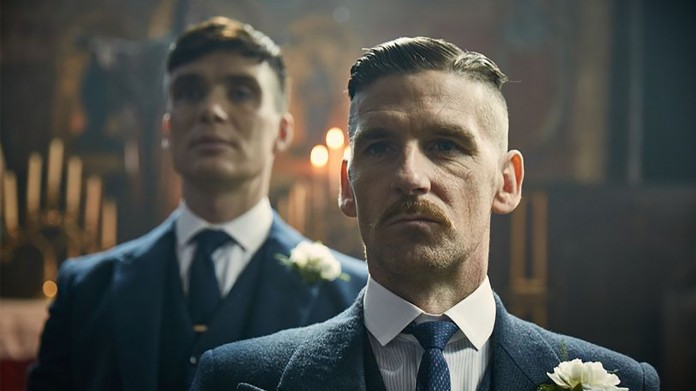 One of the most popular shows worldwide is soon to premiere its last season, and we will be easily able to watch all the episodes online. The long-awaited sixth season of the beloved hit crime show Peaky Blinders will return to the screens, so let's see when, where, and how to watch Peaky Blinders season 6 online from anywhere with ease.

The Peaky Blinders show is one of the biggest hits worldwide, and that's because its amazing characters, entertaining story, awesome scenery, and great reviews have turned the series into a success. The plot focuses on the Shelby family's criminal enterprise, and the story is based on a real-life gang that existed in the late 19th and early 20th centuries. In Season 5, Tommy enters the world of politics, as both families return to illegal business. In the next season, Tommy is looking for new prospects in the post-prohibition USA after the failed assassination of Sir Oswald Mosley. Michael and Gina Gray could now pose a threat since they were exiled from the Shelby clan. The best thing is that Alfie Solomons is back, but we are yet to see if he shows up as a friend or as a foe.

We'll get to see all of our favorite actors return to the cast, except for Helen McCrory, who sadly passed away last year, so her character, Aunt Polly, will be missing from the show. Cillian Murphy as Thomas Shelby, Paul Anderson as Arthur Shelby, Tom Hardy as Alfie Solomons, Finn Cole as Michael Gray, Sophie Rundle as Ada Shelby, Natasha O'Keeffe as Lizzie Shelby, Anya Taylor-Joy as Gina Grey, Sam Claflin as Sir Oswald Mosley, and Amber Anderson as Lady Diana Mosley.

The sixth and last season of the extremely popular Peaky Blinders show will premiere on Sunday, February 27, 2022. You will be able to watch it online on BBC iPlayer in the UK. The last season is expected to have six episodes, just like all the other previous seasons did, and they will have a one per week release schedule. Planning to travel? Then Use a VPN to access BBC iPlayer and stream Peaky Blinders Season 6 when it airs.

How to Watch Peaky Blinders Season 6 Online From Anywhere

Things are pretty easy if you want to watch Peaky Blinders online in your home country right now as long as you use a streaming platform. However, as you may already know, these services have geo-restrictions in place. This means you won't be able to access some of the titles in your library if you plan to travel abroad or even to some other states. You can easily bypass this problem and lift geo-blocks to watch Peaky Blinders Season 6 using a VPN and run it simultaneously with the streaming service. This is possible because the VPN changes your IP Address by making it seem like you are back home.

We recommend you use ExpressVPN if you don't know what service to choose since it can easily unblock a lot of streaming services such as Netflix, Hulu, BBC iPlayer, and several more. This VPN is one of the best tools on the market right now, is extremely easy to use, has over 3,000 servers in countries all around the world, and offers fast and stable connections and strong encryption to protect your data. And what's more, there's a no-questions-asked money-back guarantee included, so you can try ExpressVPN for 30 days RISK-FREE if you want to test these features. However, we're sure you won't ask for a refund.

There's a pretty nice deal on offer right now for this tool. So if you also want to take advantage of a discount, you should subscribe to ExpressVPN (49% Discount and 3 months FREE) to start your risk-free subscription. The steps are easy - you just need to create an account on their website by filling in your details, making the payment, and downloading and installing the tool's native app for your device. Just follow the instructions shown on the screen, and you'll be done in no time. Finally, open the VPN app, select a server from a location back home, and turn on the VPN. Geo-blocks are now lifted, and you can open the streaming service watch Peaky Blinders online from anywhere after it premieres on the platform.

The long-awaited sixth and last season of the hit British crime show Peaky Blinders will return to BBC One at 9 PM on Sunday, February 27, 2022, and you will get one episode each week at the same time. Peaky Blinders is a BBC original show, so you will be able to watch it online for free on BBC's own streaming platform, BBC iPlayer, which also features other famous BBC shows, such as Eastenders or MasterChef. Right now, you will find all five seasons available to stream on the platform, and the sixth will be added soon.

However, keep in mind that the BBC iPlayer streaming service is only available in the UK. This means it is geo-blocked when you travel, so if you will be abroad when the episodes land on the platform, you'll need to use a capable VPN to enjoy Peaky Blinders Season 6 online from anywhere. Just select a UK server on the VPN before accessing BBC iPlayer.

How to Watch Peaky Blinders Season 6 in the US, Canada, and Australia

As we said before, you will be able to watch Peaky Blinders online on Netflix if you live in the US, Canada, and Australia, but only after the season finale premieres in the UK. This means the last episode will air on April 3, so season 6 will premiere on Netflix on June 10, 2022. This streaming service will offer this title in many regions including Ireland, New Zealand, part of Europe (France, Spain), India, Japan, the Middle East, South America, Asia, and many more around the world so you can easily watch it in the countries where the streaming platform is available as long as you have a subscription to the service. To subscribe to Netflix, go to their website, enter your email address and click the Get Started button.

This popular no-ads on-demand streaming platform generally has three plans you can choose from. The Basic plan offers less in terms of screens and video quality, so we recommend you go for the Standard or Premium if you want better viewing quality and other perks. They all offer the same content, so pick the plan with the best features to fit your needs best.

The Netflix monthly subscription fees are the following, and they adapt to local currencies in other countries as well:

The best thing about this service is that you can watch your favorite content anytime and anywhere you want since it has native apps for a wide array of devices such as Android and iOS smartphones and tablets, smart TVs, media streaming devices, gaming consoles, and set-top boxes.

If you live in the US, we should mention that Amazon Prime Video also lets you watch Peaky Blinders but only the first four seasons are available on this streaming platform, so you will have to rely on Netflix for Season 5 and Season 6.

As you may already know, Netflix has some geo-restrictions in place since it has slightly different libraries in each country where it's available. This means some titles may not be available in your library when traveling abroad. So, if Peaky Blinders doesn’t show up when you search for it on Netflix while traveling, we recommend you get a VPN that can unblock the show. All you need to do is choose a server from a location back home and turn on the VPN before accessing Netflix.