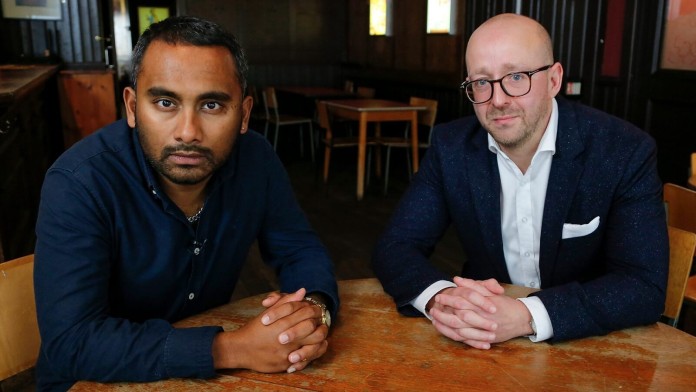 How to Crack the Class Ceiling is a new documentary series that premieres soon, and you will find below the premiere date, plot, and episode release schedule. Amol Rajan investigates how Britain's elite could create a fairer system for young people from working-class backgrounds trying to secure jobs in Britain's most prestigious professions. He meets people who have found their own ways to hack the class system, from a school etiquette class to a university soft skills workshop, and follows the progress of young people trying to get into the civil service, law, and the City.

Amol meets leaders of top financial and media firms. Are they really trying to take action on class equality, or are they 'classwashing' – pretending to welcome working-class candidates as a PR exercise? He meets the minister for equalities and someone from the top team of former prime minister Boris Johnson, asking whether a government dominated by the privately educated understands the concerns of working-class people.

What are employers and the government doing to create a level playing field for Britain's working-class young people?  Will any of the advice help these young people, or are they fighting against an impossibly rigged system?

We have all the details on when, where, and how to effortlessly watch How to Crack the Class Ceiling online from anywhere you may be, even on the go or while traveling abroad, so keep reading to find out more.

When and Where to Watch How to Crack the Class Ceiling

How to Crack the Class Ceiling will air in the UK on Tuesday, December 6, 2022, on BBC Two at 11 pm local time. The short documentary series has two parts, each 60 minutes long, and the second one will air one week later in the same time slot.

The episodes are already available to stream online via the BBC iPlayer platform (only available in the UK).

The many live TV and streaming services that enable you to stream your favorite series and movies online in your home country are geo-blocked abroad due to licensing deals, and this is also the case with BBC iPlayer, which is available only in the UK. This means you will need a way to regain access while traveling abroad. We recommend you watch How to Crack the Class Ceiling online with a VPN tool since a VPN lets you change your IP address to a UK one and trick the platform into lifting the geo-blockade.

ExpressVPN is one of the best VPNs on the market nowadays, and it can easily unblock popular streaming services like BBC iPlayer, Hulu, Netflix, Amazon Prime Video, and more. You get access to over 3,000 VPN servers placed in over 90 countries all around the world, and you can also enjoy no bandwidth caps, no logs, high speeds, stable connections, and the best encryption features out there. Plus, you can even try ExpressVPN for 30 days RISK-FREE via the generous no-questions-asked money-back guarantee.

Besides, the annual plan comes with a huge percent off when you subscribe to ExpressVPN (49% discount & get 3 months FREE), so head to the company's website to create an account. First, fill in the requested details and see the payment through, then download the native app for your device or system. Next, after the installation is complete, launch the VPN app and switch it on via a UK server from an area where there are no geo-blocks. Lastly, load the streaming service to watch How to Crack the Class Ceiling online.

The docuseries airs on BBC Two, and this means you will be able to watch How to Crack the Class Ceiling for free via the BBC iPlayer streaming service, as all you need to do is log into your account on the platform. Plus, creating an account is also free of charge. You will also find other fan-favorite BBC shows on this platform, such as Peaky Blinders, Shetland, Gentleman Jack, MasterChef, and Eastenders.

You should use a safe and powerful VPN tool before accessing the streaming service in order to bypass geo-restrictions while traveling abroad since BBC is geo-blocked outside the UK. Just run the VPN via a server located back home for this to work.

How to Watch How to Crack the Class Ceiling Online in the US, Canada, and Australia

This documentary series is not available outside the United Kingdom, so you can't watch How to Crack the Class Ceiling online in the US, Canada, and Australia right now.

However, you can turn to a good VPN subscription to watch How to Crack the Class Ceiling for free directly on BBC iPlayer. To unblock it, all you have to do is switch on the VPN app and run it in the background using a UK server before loading the BBC iPlayer streaming platform.

How to Crack the Class Ceiling Episode Guide and Release Schedule