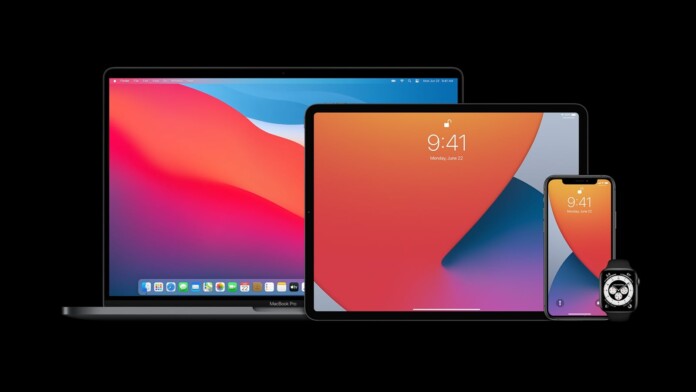 As TechNadu’s editorial team successfully predicted, Apple’s WWDC 2020 keynote was focused on numerous details regarding this year’s versions of the company’s operating systems. More precisely, we’ve heard plenty of interesting information related to iOS 14, iPadOS 14, tvOS 14, watchOS 7, and macOS Big Sur. Of course, there was also news about Apple’s transition to ARM processors, which is perhaps the most notable announcement this year. However, we know precisely what many of you are thinking - will your Apple-made devices get all those fantastic features? Fear not, as we have an extensive report for you.

Before diving into the specifics, we have some amazing news. Apple has made sure to continue supporting even some aged devices. It means that if you have an iOS or macOS device manufactured in 2015 and earlier, there’s a chance that you’ll get to update it this year as well. Of course, you want the full details, so let’s jump right in.

In general, if your device currently supports iOS 13, you’ll get to install iOS 14 as well. And as a reminder, know that iOS 14 will launch this fall (most probably in late September or early October). So, here’s the list of devices compatible with iOS 14:

If you’d like to learn more about what to expect, we’ve prepared our report on what’s new in iOS 14. You’ll get to learn about an enhanced interface, customizable widgets, as well as plenty of refinements in iOS stock apps like Maps, Messages, App Store, and more.

This year’s iPadOS version brings numerous refinements across the board. That means that if your tablet can run iPadOS 13, there’s nothing to worry about. Here’s the list of devices that will support iPadOS 14 once it arrives this fall:

To get more information on what to expect from iPadOS 14, make sure to use the provided link. We’ve prepared a report on all the new features that will make your tablet more computer-like than ever before.

This year's tvOS version isn’t such as exciting update as it’s mostly focused on refinements. You’ll get to create personal profiles for your children, and tvOS will finally get the Home app. With this said, it’s no wonder that all Apple TV models (as well any upcoming Apple TVs) currently running tvOS 13 will receive the new update in a couple of months. More precisely, we’re talking about the following models:

As you can see above, Apple has decided to stick to the last year’s requirements in the sense of supporting older devices. However, the situation is slightly different when it comes to watchOS 7. The Cupertino-based company has decided to leave the Apple Watch Series 1 and Series 2 behind. All other Apple Watch models will receive a new update this fall. Here’s the list of devices that support watchOS 7:

Don’t forget to learn what’s new in watchOS 7 by clicking on the provided link. We can tell you one thing: health- and fitness-related features will continue to evolve this year as well. So, make sure to find out the details.

This year’s WWDC is all about Macs. Considering that Apple is planning to transition to 'Apple Silicon' chips over the next two years, we expect major shifts to happen. However, we’re still at the beginning of this transition, so nothing overly different will happen just yet. Here are all the Mac computers compatible with macOS Big Sur:

TechNadu has already produced a report on what’s new in macOS Big Sur. And this year around, you can expect everything to be changed. This starts with an all-new interface that’s taken many cues from iOS.

So, those would be the devices that are compatible with iOS 14, iPadOS 14, tvOS 14, watchOS 7, and macOS Big Sur. We’re sure that many of you can’t wait to update your devices. Tell us, what are you most excited about? Feel free to share your comments below.