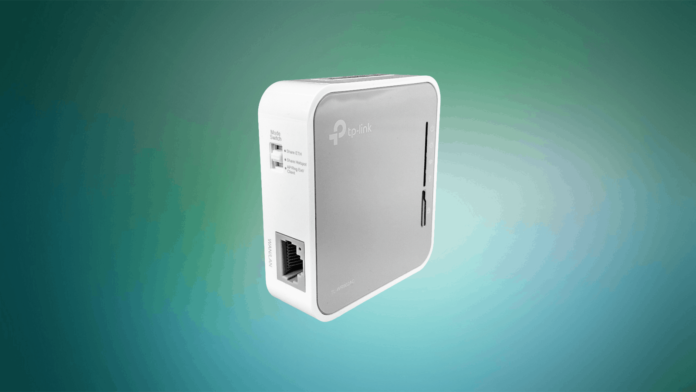 Not everyone needs a router packed to the brim with features that won't be used often. For basic home networking needs, a router that offers the best features/performance to price ratio would be ideal, along with a fair bit of future-proofing. And lucky for you, we've started seeing plenty of products that bring just that. So, we'll dedicate this article to the best budget routers you can find in 2021.

Budget routers offer a few extra features that are not normally found in cheaper router alternatives. These features might be in terms of software capabilities or better hardware that offer good speeds and coverage. In most cases, the software part covers the basics, and those interested can flash other compatible firmware (such as DD-WRT firmware, often praised for its flexibility and performance).

Most budget routers offer both the 2.4GHz and 5GHz bands, although not all might offer wireless AC speeds. At this price range, we suggest that you avoid some of the older single-band ones. A dual-band router offers a good combination of range and speed. Coverage is generally adequate for small to medium-sized homes, but anything larger might mean an additional investment in a range extender or a mesh Wi-Fi network.

Most major brands have good budget router options. We have narrowed down some of the best budget routers from popular OEMs that fall in the $20 to $80 price bracket for this list. We also took into account other relevant criteria such as maximum throughput, the bands supported, coverage, and more.

With that information, here are the 7 best budget routers that you should buy in 2021.

The Linksys EA6350 is one of the best routers under $100. It supports dual-band wireless AC that can yield a maximum throughput of 1.2Gbps, and the included USB 3.0 port allows connecting storage devices for media access. The EA6350 offers only a dual antenna set up, but they have adequate power, and their positioning can be adjusted to maximize coverage in a small apartment.

Beamforming capability is available, which is otherwise usually found in more expensive models. While setting up the router is fairly straightforward, make sure to update the firmware to the latest version as there have been some reports of having an unstable connection in the 5GHz band. To further increase connection stability, try disabling the MU-MIMO function as well.

The NETGEAR WNDR3400 is a dual-band router that offers speeds up to 600Mbps across both the 2.4GHz (300Mbps) and 5GHz bands (300Mbps). This one is built for file sharing and is compatible with Apple Time Machine for automatic backups. The presence of two bands helps reduce interference while still offering a good range. Advanced QoS features enable the allocation of bandwidth as desired to each client.

Given the price, the WNDR3400 does forego some advanced features such as beamforming or band steering. There have been some issues with respect to the firmware, so make sure you update it to the latest version as soon as you install it. NETGEAR’s warranty policies might catch you off-guard, so better check those beforehand.

The NETGEAR R6080 offers a lot of router for the money with support for dual-band Wi-Fi, NAS, firewall protection, and more. NETGEAR bundles the feature-rich Nighthawk App, although technically, this isn’t a Nighthawk router. The Nighthawk App controls most aspects of the router and offers advanced options for those who wish to tinker with the settings.

This router is rated for a theoretical speed of 1Gbps, but that is for both the bands combined. That means you get only up to 700 Mbps in the 5GHz band. Therefore, if you’re using a higher bandwidth plan from your ISP, you might have to look elsewhere. Understandably so, the LAN ports at the back are also just 10/100 ports. However, if your internet speeds are less than 1Gbps, this router offers features found in more expensive options at a fraction of the cost.

With 4 antennas and high speeds, the ASUS RT-ACRH13 is easily one of the best cheap routers for gaming. The AC1300 is perfect for those who do not have too many connected devices but would still like to stream and game simultaneously. The presence of both 2.4 and 5GHz bands ensures that both range and bandwidth are taken care of. Availability of MU-MIMO and Beamforming abilities add to its coverage and signal strength.

The router's overall performance is great, and the included 4 LAN ports support full Gigabit LAN connections for wired connections. The interface is easy to use and is feature-rich out of the box. Therefore, it does not require any custom firmware flashing unless you absolutely need it. This router can also be used as a repeater if needed. However, users have reported issues in properly setting up IPv6 configurations.

The TP-Link Archer C50 is one of the best budget routers in this price range, and it sports some great features generally found in more expensive models. With a total potential throughput of 1.2Gbps, streaming Netflix or Amazon Prime in HD and 4K while simultaneously offering enough bandwidth for other purposes is not a problem at all. The coverage is good for a router at this price range.

The firmware is capable enough, but unfortunately, DD-WRT or Open Tomato firmware is not supported yet. Prolonged use has shown the router to heat up owing to its plastic construction, so make sure that good ventilation is provided for continuous use.

The TP-Link TL-WR902AC is not just a wireless travel router but can also work as a mesh network. It has enough bandwidth up to 750Mbps, making it suitable for most hotel networks and even most home connections. As a wireless device, it can work as a range extender, access point, and also as a hotspot. The software UI is fairly easy to set up, and unlike most travel routers, it also offers advanced features such as DHCP reservation, port forwarding, DMZ, etc.

The device as such performs well, but the software might not be up to everyone's taste, especially for highly experienced users. For example, there is no provision to configure the same MAC address at once for both the 2.4 and 5 GHz bands. Users have also reported that the micro-USB port is further recessed, impeding a tight connection.

As you can see, this is one of the most affordable routers found in this article. And you can already see that it's pretty small and lightweight. Well, that's because the GL-MT300N is meant to be a travel-friendly router. It offers a convenient way to transform any wired connection into a wireless one and add some pretty serious security-features on top of it. The best thing is - all of these interesting features come at a lost cost.

Don't let the small size of this router fool you. You'll get a 580Mhz CPU, 128MB RAM, and 16MB of flash storage. It comes with one Ethernet port, and there's one USB port as well. The best thing is - the GL-MT300N (v2) is fully programmable. It supports OpenVPN so that you can use it with a VPN service. You are also free to install OpenWRT or DD-WRT firmware if you want more freedom of optimizing your Web connection. This truly is one of the best budget routers, especially if you need something portable.

While we have your full attention, we'd like to provide additional information to help you choose the best budget router, based on your needs. So, let's answer some commonly asked questions.

How Much Does a Good Wi-Fi Router Cost?

This depends on your needs, as well as what you expect from a router to do. In general, dual-band routers that support fast Internet speeds range from $40 to more than $100. We're talking about capable routers that can be used in a home, which includes browsing the Web, downloading files, and streaming media.

Of course, different individuals have different needs. As you can see from this list of the best budget routers, you can find interesting devices for as low as $20. On the other hand, we have individuals with advanced needs, such as gamers. If you want a capable gaming router, be prepared to spend at least $80, where more money will bring you better features.

What to Expect From Budget-Friendly Routers?

Buying a budget-friendly router doesn't mean that you'll get a highly limited device. We've seen plenty of capable routers being launched within reasonable price ranges during the last couple of years. You can expect today's budget routers to bring you dual-band connectivity, the ability to use custom firmware, and speeds of more than 1Gbps. This is more than what average Web users will need in the foreseeable future.

Better or higher priced routers generally bring better Wi-Fi coverage. So, if you're not getting the best possible speed in remote parts of your home, getting a better router will most certainly do the trick. However, you need to understand that the maximum Internet speed is capped by your ISP (Internet Service Provider), and you'll be getting the speed and bandwidth that you're paying for.

So, can a more expensive router go over your maximum Web speed? Well, no. However, a better router can bring better coverage so that you can take full advantage of your Web connection in and around your home.

Alternatively, you can buy an additional Internet connection and then use a single router with two WAN inputs - so the router can combine these two Web connections. However, this solution is costly and not recommended for home users. If the problem is a slow Wi-Fi connection throughout your home, we recommend getting a fast and reliable router that comes with great coverage. Alternatively, you can create a mesh Wi-Fi network consisting of several 'mesh routers' that extend your Wi-Fi coverage.

Dear readers that would be all for our list of the best budget routers to consider buying in 2021. As always, if you have additional questions, we’d like to hear from you. Post them in the comments below, and we will do our best to provide a timely response.